Is Justin Bieber really ‘walking out’ on his pregnant wife? 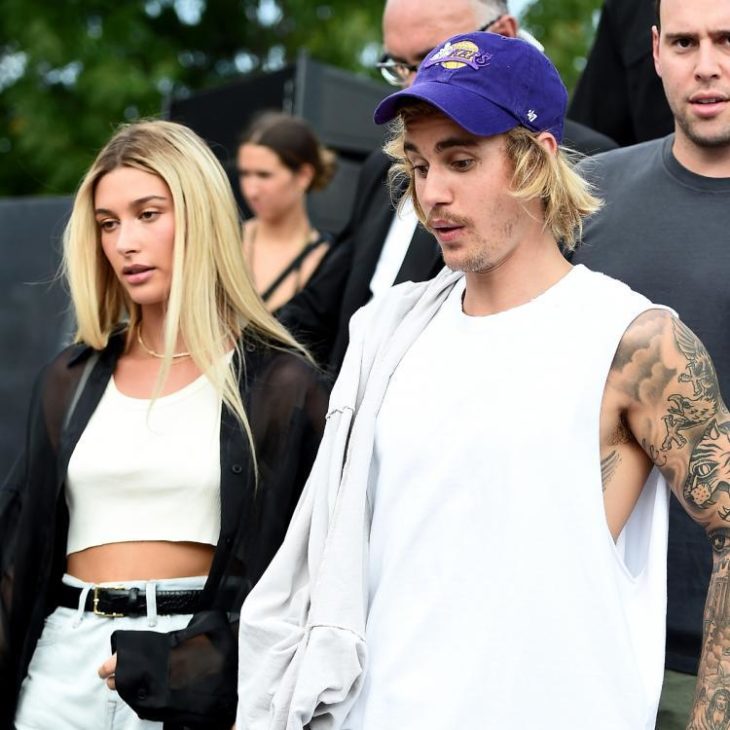 The headlines are that Hailey is pregnant and alone. And the story goes that the newly married couple is going to divorce very soon. And along with the divorce Hailey is already three months pregnant. The tabloids wrote that the couple got into a big and terrible fight and that Justin Bieber left Hailey Baldwin and ended their relationship. They also said that the whole thing is a big mess now that Hailey is pregnant.

The tabloid, of course, had an insider that told them that everything about their relationship is bad and that the drama that is surrounding them isn’t going to end soon. The insider said that the two of them are always fighting and that they are fighting about very small and unimportant things. Justin is always having mood swings and public meltdowns, so that is another reason that tears them apart. And the big fight occurred when Justin confronted Hailey because she spent a night with her friends and not with him. He said that he wants her to be by his side always and that he doesn’t tolerate her behavior. He said that he needs her to take care of him. Hailey wasn’t silent to his comments and she said to him that she is his wife and not his mother. That comment hurt Justin very bad and he ran out of the house. The insider also told the tabloids that the fact that Justin ran away now that his wife is pregnant is very dramatic and unusual, even for him.

From everything that we read it is obvious that all of this is just a stupid rumor and completely false. They also wrote that they think that Justin will maybe calm down, change his mind and come back to Hailey to apologize and beg her for forgiveness.  And with everything said there is not a single proof of anything that they are claiming. But there is a lot of proof that this the claims are false.

For example, the couple was recently seen at an NHL playoff game, they were cuddling while they were watching the Toronto Maple Leafs play against the Boston Bruins. Also, Justin shared some photos of his wife on his Instagram page, with the caption “This is my bean.”. And Hailey also shared a photo on her Instagram page, where the two of them were goofing around in a photo booth, and she wrote in the caption “my only bubba.”

She also posted a picture of Justin Bieber and she wrote some wonderful words. She wrote, “my love… you are an incredible man, you make me a better human being, you make me happier than I’ve ever been. Insanely proud of who you are and who you’re becoming. I love you more every single day.”

So when you just read that caption, you can see that their marriage isn’t at risk and that they are enjoying their life together and their love for each other.

Another thing that isn’t true, is the rumor that Hailey is pregnant. A representative for Bieber assured that the story about two of them is false and that they are not expecting a baby any time soon. The rep said that the rumor is the most ridiculous thing that he ever read.

The tabloids are just trying to stir up some drama where there isn’t any. Justin Bieber and Hailey Baldwin are very happy together, and they are enjoying their married life. This is just another fabricated story like the one when tabloids were telling the story about Justin and Hailey splitting and divorcing because of Selena Gomez.

Who is more prone to get a headache

The guide to purchasing the right jewelry