It is a long flight to Sydney Australia from anywhere in the United States; especially, from Charleston, SC. And I mean a long flight.

But it is so worth it.

Sydney isn’t the capital of Australia – that’s Canberra – but it is the capital of the province of New South Wales, and it’s the largest city in the country. It’s located right on the east coast, and so there’s plenty of fresh seafood to be had for seafood lovers, plucked right out of the Pacific Ocean.

One thing Sydney is famous for is its Food Markets. I’m sure you’ve been to a farmer’s market right in your very own town, but I’m willing to bet they pale in comparison to the Food Markets of Sydney.

Like most of the rest of the world, Australia isn’t big on frozen foods kept in supermarket freezers. Oh, they have them, of course, but Australians in the big cities love their fresh food, and a wide variety of cuisines that you’ll see in conjunction nowhere else and that includes the melting pot of New York.

If you’re traveling to Sydney and you’re a foodie, a visit to one of Sydney’s many Food Markets is a must. 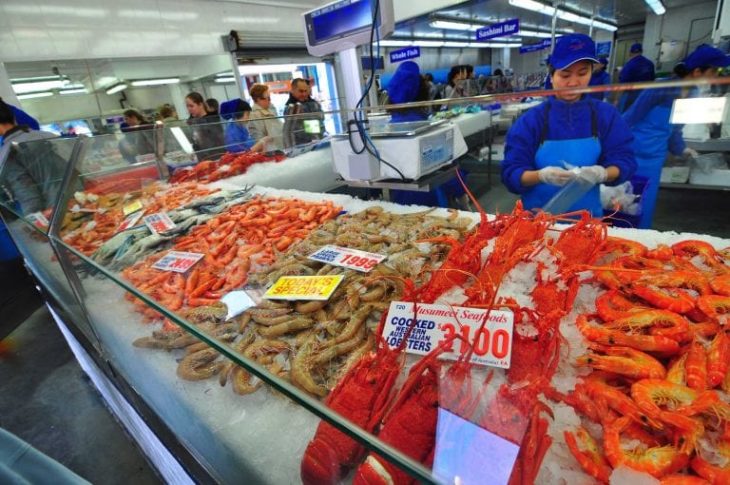 The Sydney Seafood Markets are huge. It’s here that local restaurateurs come to stock up on fresh seafood for the day, and it’s here that the locals come for their fresh seafood as well. There are plenty of food stalls around so you can snack on sushi or fish and chips while you stroll around. I’d advise stopping in at the Fish Market Café for a snack, or the Fisherman’s Wharf Seafood Market for some Yum Cha (tea and tasting). The Seafood Markets are open every day from 7 am to 4 pm. Head out to Bank Street and get ready for an experience you won’t soon forget.

The Carriage Works is open only on Saturdays, and there’s more there than food. (Although, frankly, food should be the raison d’etre for visiting any location!). It’s on Wilson Street in the Sydney suburb of Eveleigh, and it’s another very large and popular market.

Here, you’ll find plenty of fresh produce to take with you back to your hotel, as well as food stalls. There are also arts and crafts of all kinds to tempt you. If you come on the right Saturday, you’ll also be able to attend cooking demonstrations by some of Sydney’s most renowned chefs.

There are too many Food Markets to talk about in a short article, and just because I’ve highlighted these top two doesn’t mean that you shouldn’t visit as many as you have time for. 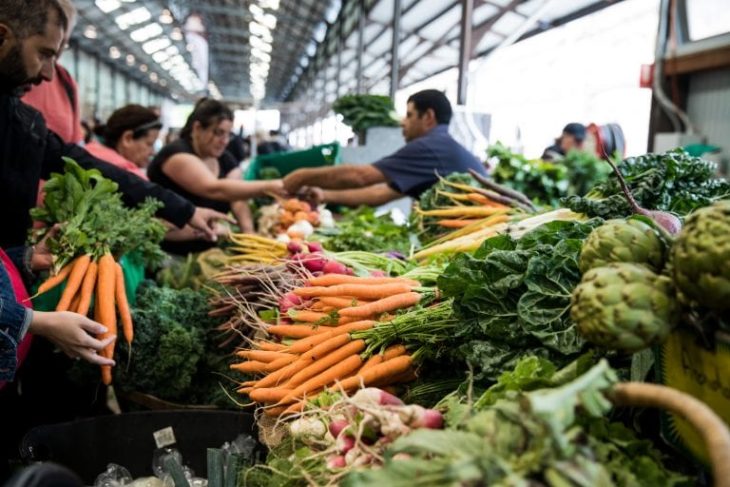 For example, the Bondi Farmer’s Market, also open on Saturdays, is really a must visit, especially if you’ve never had Vietnamese pho. Pho is a soup that will blow your mind, crafted from broth, rice noodles, and beef or chicken. Bondi is another suburb of Sydney, right on the coast so you can get in some surfing as well if you’re there in the right season.

Sydney has the Opera House. It has the Harbour Bridge. It has Bondi Beach. And it has great food.

About: After spending the first 40 years of his life in the United States, Rory Brown decided to focus on the quality of life and began living internationally. He now spends his time in Charleston, South Carolina, Sydney, Australia, Lake Como, Italy, and Kauai, Hawaii. Rory Brown’s appreciation for simple healthy food that embraces local traditions of excellence has earned him credit among farm-to-table communities everywhere he goes.

Men, Here are 6 Ways To Upgrade Your Wardrobe

How to Clean Kitchen Backsplash Tiles