Texas Has A Long, Persistent History Of Discriminatory Voting Laws

The U.S. Court of Appeals for the Fifth Circuit ruled in a 9-6 decision Wednesday that a Texas voter ID law discriminates against minorities, and violates the Voting Rights Act. This is the state’s fourth voting law in just the past four years to be struck down in federal court, proving the state’s history of relentless determination to combat already low voting fraud rates.

Strict voter ID laws are a noted conservative strategy to bar poor or minority voters, who predominantly vote Democratic for obvious reasons, from casting ballots. According to PBS News Hour, most election experts agree that Hispanic voters were three times more likely than white voters to lack an acceptable ID under the law. Additionally, lower voter turnout as a whole tends to result in Republican victories, and more than 600,000 Texas voters (4.5 percent of all registered voters in Texas) were unable to provide a suitable ID under the law. 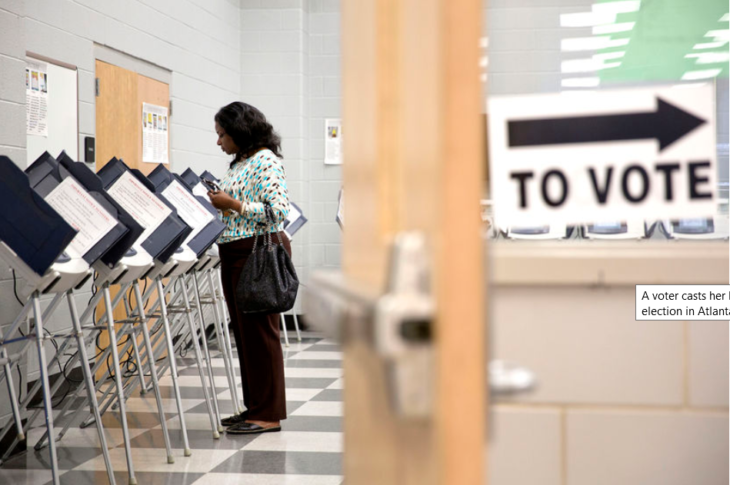 Texas’ voter ID laws are among the strictest in the nation, according to The New York Times, requiring a driver’s license, military ID, passport, or weapons permit, which African-American, Hispanic, and poor Americans are disproportionately less likely to own, the court ruled. Being a particularly conservative court, it opted not to strike down the law entirely, but conceded that “provisions must be made to allow those who lack the specific ID the law requires to be able to cast a vote,” according to The Washington Post. These provisions must be determined by the general election this November.

The Supreme Court in 1997 found Dallas County’s failure to submit a rule on discriminatory poll worker practices disproportionately affected Latino voters. In 2011, the Department of Justice found “widespread non-compliance” with language assistance provisions in the Texas counties of Ector, Hale, and Harris. In a state that boasts high rates of English illiteracy among minority groups, most notably Latino, African-American, and Native American voters, lack of availability of translated voter materials is a substantial obstacle for minority voters.

In a previous ruling on the Texas voter ID requirements, the Department of Justice in 2012 similarly found that the voter ID law not only discriminated against minorities and low-income voters in the state, but at the time, concern about another demographic being targeted first emerged. Many reported that women who changed their last names as a result of marriage or divorce were being barred from voting. The law required that names on both the identification and voter registration cards be “substantially similar,” but, for obvious reasons, disproportionately caused complications or even outright prevented female voters from casting ballots.

In November 2013, an estimated 1.4 million eligible voters in the state didn’t have the proper IDs to vote, and Time reported that voters often ran “into difficulties if they try to obtain the necessary cards and can’t produce documents with their current name.” 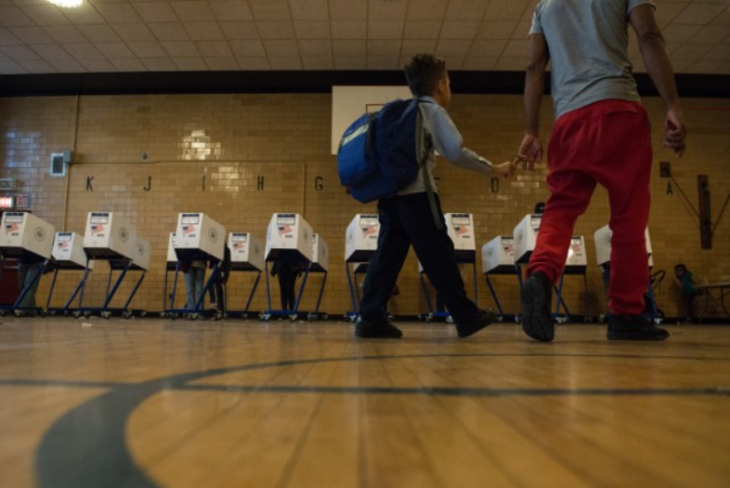 Modern efforts to target minority groups’ ability to vote, represent themselves, and voice their unique needs have a long, turbulent history in America. In the Reconstruction era, when African Americans supposedly were granted voting rights by the 15th Amendment of the Constitution, lynching, murder, intimidation tactics, and violent protests and riots were KKK-led white people’s main means to prevent black people from voting.

But over the years, racists became far more subtle and sneaky, enacting laws that barred black voters through a variety of very specific requirements. Some states required literacy tests that were a pointed jab at low literacy rates among African-American voters. Newly emancipated black voters disproportionately worked as sharecroppers or were systemically denied access to education, making the tests almost impossible for them to pass. Additionally, in some cases, there were still property ownership requirements most suited to white males and poll taxes.

Most prominently, there was the notorious “grandfather clause,” which allowed individuals whose father or grandfather could vote before 1867 to dodge the literacy tests, taxes, and property requirements, offering poor and uneducated white, but not black, voters a pass. Today, it’s difficult not to see the connection between restrictive voter ID laws around the nation and, most notably, in the state of Texas.

The federal court’s Wednesday decision is being hailed by activists and politicians alike as a victory for civil rights.

Former Democratic presidential candidate Bernie Sanders frequently focused on voting rights and making voting more accessible to young, poor, and minority voters, fighting for and winning voting rights for 17-year-olds in Ohio, and additionally proposing that election day be recognized as a national holiday. Predictably enough, he argued against Texas’ restrictive voter ID laws on Twitter on Tuesday, referencing “the shameful days of open segregation,” and writing that minority voter suppression should “offend the conscience of every American.”

In the shameful days of open segregation, literacy laws were used to suppress minority voting. Today, Republicans do it with photo ID laws.

I applaud the 5th Circuit for blocking Texas’s voter ID law—one of the most restrictive in America. Let’s make voting easier, not harder. -H

Democratic Wisconsin Representative Gwen Moore, who will be speaking at the Democratic convention next week, also responded to the decision, writing on Twitter that “#VoterID laws are being exposed for what they really are: suppression tactics.”

All across our country, discriminatory #VoterID laws are being exposed for what they really are: suppression tactics https://t.co/uytfeTxwyC

Texas Governor Greg Abbott has since responded to the federal court’s decision by issuing a statement denying that the law had a discriminatory purpose or effect, and promising the state will still doggedly fight voting fraud:

“The 5th Circuit rightly reversed the lower court’s finding of discriminatory purpose, but wrongly concluded the law had a discriminatory effect. Voter fraud is real, and it undermines the integrity of the election process. As Attorney General I prosecuted cases against voter fraud across the State, and Texas will continue to make sure there is no illegal voting at the ballot box.”

Election after election, there are almost zero cases of voter fraud attempts, and the U.S. — and state of Texas — boast exceedingly low rates. While conservative lawmakers repeatedly opt to do nothing about serious existing problems, like rampant gun violence and poverty, in the state of Texas, this is now the fourth time their voter ID laws have been struck down.

While I doubt this will be the last we hear of restrictive voting laws from the state, the federal court’s ruling additionally sent the question of whether Texas legislators enacted the law in 2011 with the purpose of discriminating for consideration back to the lower courts. If this is found to be the case, according to The New York Times, this could require “new judicial oversight of any changes in Texas election rules.”

Given all that’s at stake this election season for minority voters, who must choose between Hillary Clinton and known racist and xenophobe Donald Trump, the federal court’s decision couldn’t have come at a better time.

Who Will Replace Roger Ailes At Fox News? The Former CEO Resigned Amidst Sexual Assault Allegations

Tim Kaine’s Abortion Stance Isn’t Ideal, But Here’s How He Exemplifies What It Means To Be Pro-Choice

What to Visit in El Paso TX