Alright, truth time. How many of you have faked it, and how often? Maybe it was just that one time—you were caught up in a moment or had a one-night stand gone awry. Maybe you’re nervous about that hot new guy you’re dating and figure you’ll just fake it at the beginning, so that he doesn’t think the sex sucks and leave. Or maybe you’re in a steady relationship or married, and you fake it all the time because you, rationalizing from a very warm and loving place, don’t want to bruise your significant other’s ego. Maybe you think a synthetic “O” is the best way to keep the peace, you’re too shy to say what you want, or you’re just tired from a long day’s work and want to get it over with.

Not to be pushy or anything, but it’s really important that we stop.

About two weeks ago, I saw this Frisky post about faking it, and I found the comments on it really interesting. To summarize, the majority of the women who commented said they fake it so that men don’t get upset; most of the men, however, said they don’t want women to fake it—that it’s emotionally and sexually detrimental to relationships. I put some of the (paraphrased) highlights side by side, and it really shook me up:

From women: I don’t want to make the guy feel inadequate … I don’t want to discourage him … I can’t have an orgasm, so I fake it so they feel better about themselves … It’s not for me, but for him … I feel obligated to do it … Men get hurt when a woman can’t come … Why bring down his self-esteem? … I faked it to show appreciation for how good I felt … It wasn’t going to last, so there was no point in hurting his feelings.

From men: If a woman fakes it not to hurt feelings, it’s worse for everyone in the long run … I asked my wife not to fake and to tell me what feels good, and it made me a better lover … Do you think guys’ egos are really that fragile? … It seems like a terrible way to leave men uneducated … If you can’t be honest with your partner about the most intimate thing of all, then what does that say about your relationship? 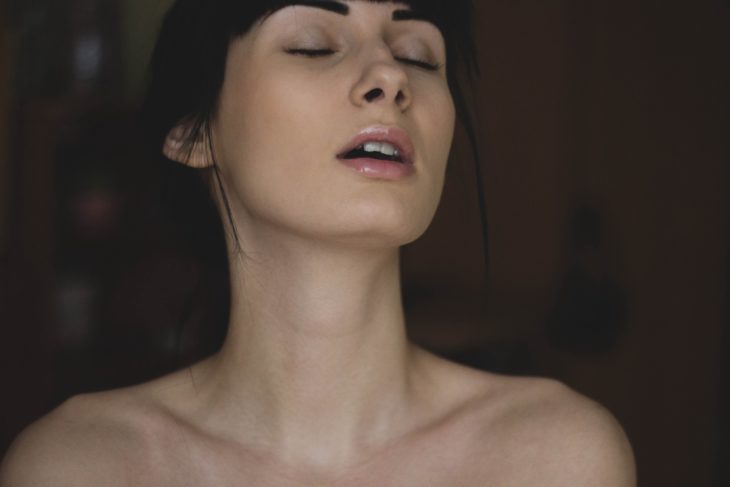 I know this doesn’t represent a huge sample of people, but, still, it begs the question: If we’re doing it for them and they don’t even want it, then whom does it serve? Riddle me this: if you made more money than your boyfriend/husband, would you lie to him about your salary to avoid making him feel inadequate? If the answer is no, then why are we so overly selfless about sex when we’re not that way in other areas of our lives? Have we been put into this position, or do we put ourselves there?

Before I dive deeper into the questions, let me say that while I found some of the ladies’ responses, well, disheartening, I totally get that feeling that you should fake it. I’ve wanted to on many occasions and have done so twice myself. The first situation I’d rather not recount, and the second was with my current boyfriend. Our sex life is hot and brimming with orgasms, but one time a few months ago, I was simply too distracted to climax.  Normally, I’d just say it’s not happening and it wouldn’t be a big deal; that night, though, I had an intense urge (spawned by love) to assure him he wasn’t doing anything wrong—so I decided to fake it.

Falling asleep that night was awkward. Wracked with guilt the next morning, I told him what I’d done. But my man’s no fool—he told me he already knew. (Not that it was hard—I completely overacted. It was like James Brown and Mick Jagger were playing Dance Dance Revolution on my pelvis.) He asked me never to do it again, reminding me that if I’m not into it, he’s not into it.

Guys shouldn’t need to be lied to or overprotected, and if yours does, then maybe he’s not the right person for you. There are lots of scenarios when a little white lie could be the best route, but I can’t see how withholding the fact that you’re not actually being satisfied would be positive for either party. Even if you yourself don’t know what you need in order to orgasm, pretending that you’re having them closes all doors to exploration.

Maybe you’re thinking, if it’s a casual one-night thing, I don’t want to get into a conversation about why I can’t come. I’m not saying you should do that, either. Instead of faking it, you could just…not come. If the guy’s cool, maybe he’ll try to pleasure you in other ways. I mean, that’s why you’re having an intimate rendezvous with this person, right? And if he doesn’t care about your desires, he’s either inexperienced or, quite possibly, a jerk. 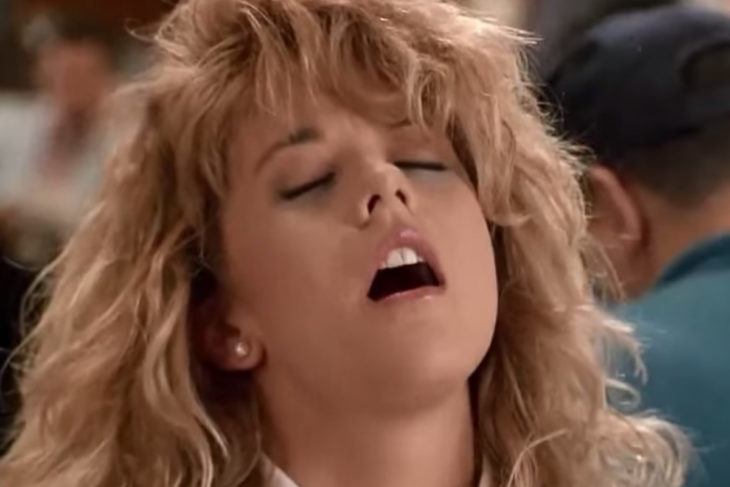 What if a guy faked it with you—statistics show it happens—and you figured it out? You’d probably feel hurt or inadequate. It’s interesting that exactly the thing we try to avoid by faking it is what we get when we do.

Every time we fake it, it’s just one more drop in the bucket telling the world that sex exists for men’s pleasure, and not women’s. Pretending perpetuates the problem. The comments from the guys (and a good handful of girls) on that post were super encouraging. There are tons of men who understand that while a woman’s sexuality is complex and at times frustrating, their sex life is better if her sex life is better. As for the guys who haven’t figured it out, maybe it’s time they did. There’s a reason why feminists are such great lovers. When mutual respect and enjoyment is the priority, sex is more fulfilling, wilder and everything in between.

Surely, there are a few of you reading who don’t fake it because you don’t have to—your man gets you off every time, or it’s just easy for you to climax. That is excellent, and I’m sincerely happy for you. But that’s not the issue. If you were in the situation, would you fake it? And why?

Raising A Child Without A Gender: Do Or Don’t?

10 Sex Locations You Thought Were Hot, But Are Really Not