How Top Entrepreneurs Overcome Fears and Develop a Winning Mindset

It’s easy to look at highly successful people and assume that they must have everything together. They don’t seem to struggle with flaws, shortcomings and fears: all of the things that hold us back. We wonder: Are successful people just born that way? Do they spring out of the womb, destined for greatness? Are they life’s lottery-winners, bestowed with boundless talent, wisdom and self-belief? The answer to these questions may surprise many people. Some of life’s greatest ‘winners’ have struggled with potentially debilitating issues. The difference, perhaps, is that they refused to let the challenges define them. Crucially, they were able to overcome limitations by facing them head on. 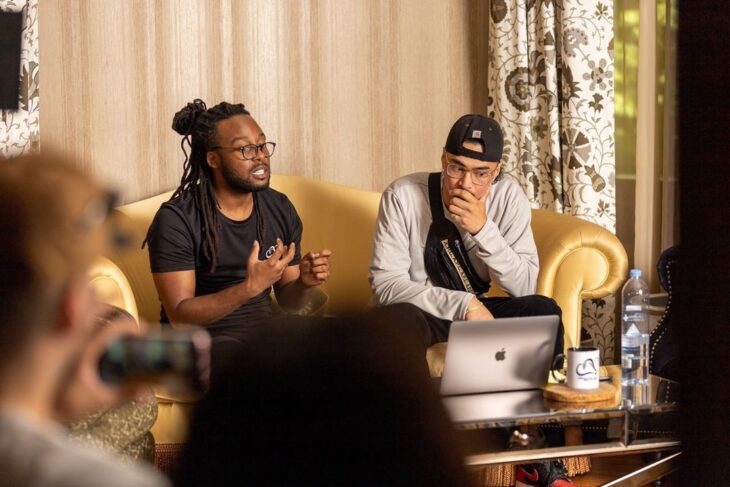 For J.K. Rowling, author of Harry Potter, her fears were made manifest when she became a single mother, living on the breadline, in Edinburgh. To heal from her mother’s untimely passing, Rowling had decided to work as an English teacher in Portugal. She planned to work on her Harry Potter book but instead she ended up in an on-off relationship that led to marriage. When the marriage failed, she returned to the UK as a jobless, penniless, single mother. She chronicled her descent into “depression”, as she was forced to live off government handouts.

Famously, she continued to write Harry Potter in cafés, whilst her child slept beside her. After finishing her first draft, she approached many publishers but met with repeated rejection until she finally got her breakthrough. But rather than giving into depression, and rejection, Rowling found that the experience of failure helped her to strip away the inessential. It led to a Zen-like focus on her work, the only important thing she had left in her life:

“It is impossible to live without failing at something, unless you live so cautiously that you might as well not have lived at all – in which case, you fail by default.” — J.K. Rowling

Someone who knows all too well what it’s like to be at rock-bottom is founder and CEO of Livesotori: Junior Anthony. Anthony is an online entrepreneur who teaches others how to create their own enterprise. His own introduction to business was less than auspicious. He was down to his last dollar when a single deal rescued him. After struggling with his confidence, he eventually turned to Eastern philosophy to gain control of nagging, self- sabotaging doubts. Anthony explains that “before [he] could attract success into [his] life [he] would first need to change those thoughts.” 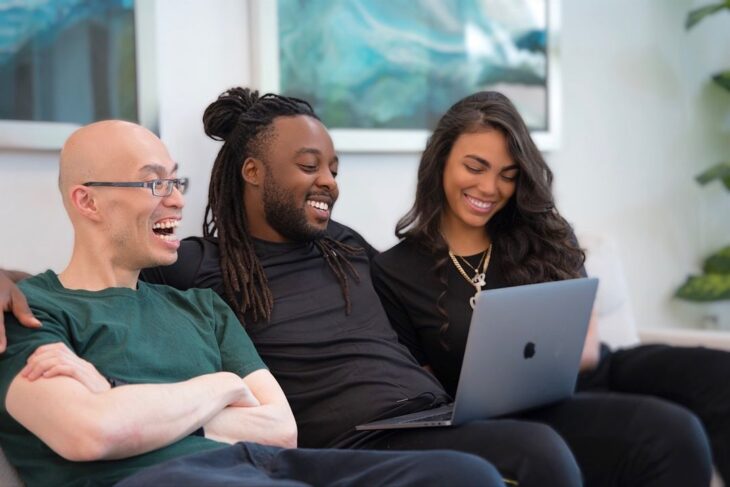 Buffet and Osteen stumbled over their words

Warren Buffet, the billionaire investment genius, also had to make significant changes in his life to reach his full potential. He recognized that his inability to convey his ideas was his Achilles heel. By his own admission, he was a terrible public-speaker and was “terrified of getting up and saying [his] name.” In an attempt to overcome his debilitating fear, he enrolled in a course run by Dale Carnegie and worked on his weakness until it became a strength.

Even Joel Osteen—someone who makes his living from public-speaking—had to conquer his demons. When he initially took over from his father, he was racked with self-doubt. One of the things that Osteen realized early on was that he had to silence his negative, internal chatter. If left unchecked, it would often pull him down. He learned the importance of focusing on his strengths and encouraging himself with positive self-talk.

Junior Anthony, likewise, understands the importance of encouraging his business students. He doesn’t want them surrendering to the negative self-talk that almost defeated him. This is why Junior created his livesotori family to keep a healthy positive environment for individuals to grow in every aspect of life. Whilst Anthony promises no shortcuts to success, he is convinced that a positive mental attitude is key.

“I will be forever grateful for my struggles. Being able to learn so many lessons and now to be able to teach those lessons to help ordinary people create their own reality is the best job in the world,” he says. 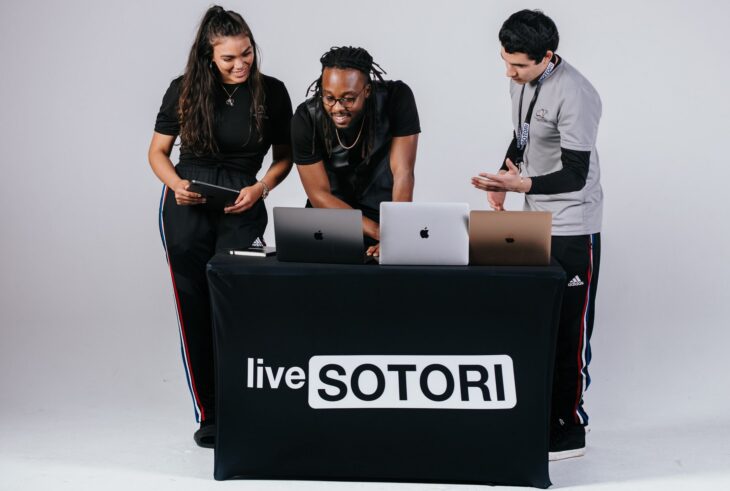 The power of a growth mindset

To acquire a winning attitude, there are some underlying techniques that each of the entrepreneurs has used to great effect. The ‘growth mindset’, identified by researcher Carol Dweck, (for the educational sector) has spilled into the business world. Dweck teaches that there are essentially two types of mindsets: fixed mindsets and growth mindsets. The fixed mindset sees nothing but limitations. Everything is a problem; there’s never enough time, resources, opportunities or talent. Someone with a fixed mindset is much more likely to be thwarted by doubt and will need constant encouragement to make progress. On the other hand, someone with a growth mindset sees opportunities everywhere. Importantly, they are more resilient in the face of setbacks. They don’t doubt their own ability or their capacity to improve. They see failures as an opportunity to learn, regroup and grow stronger for the next attempt. 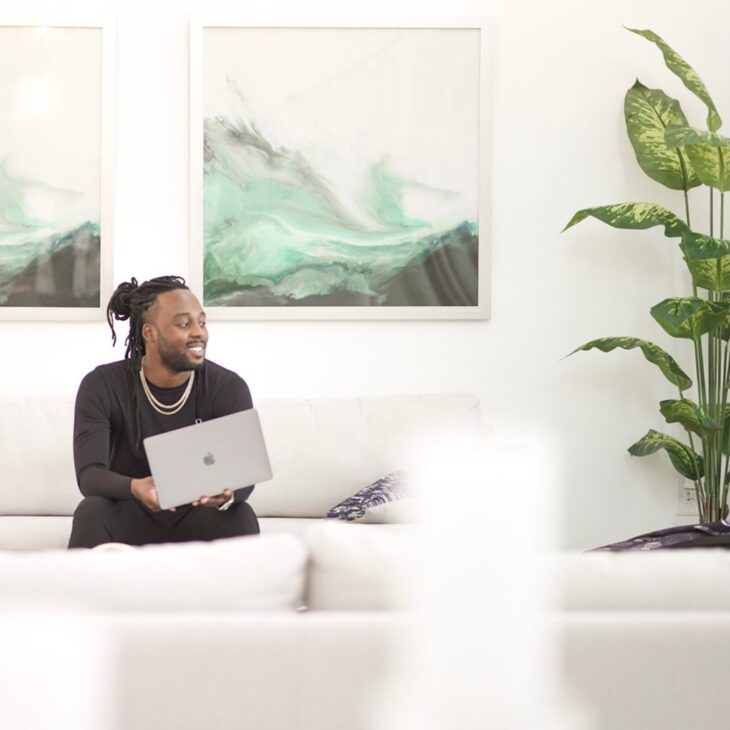 A related, and equally powerful psychological technique is that of ‘reframing’ negative events. No one can stop bad things from happening. It’s a part of life. But psychology teaches that it’s not what happens but how we react to it that makes the difference. The key to reframing lies in putting a positive slant on even the worst events. So, for example, if your car breaks down and needs $5,000 worth of work you could focus on the eye-watering costs or you could choose to be grateful for the fact that you’re no longer driving around in a death trap. Whilst some accuse the technique of being wishful thinking, it has proven and beneficial effects on our brain. When we entertain negative thoughts, we agitate an ancient part of our brain called the amygdala. Once the amygdala has been engaged, our ability to think strategically, clearly and productively shuts down. By framing events in a positive light, we enable ourselves to remain clear headed and focused on making our next strategic move.

Whether you run a company with thousands of employees or a side hustle from your spare room, fears and insecurities can scupper your chances of business success. The question is what are you willing to do to address your issues? Even the greatest business leaders have had to battle to control their fears. They’ve turned weaknesses into strengths, retrained their minds to quell negative chatter and reframed their biggest failures as opportunities to learn. Perhaps the most valuable tool we have in business is the power of our own mind.

How To Overclock Your Monitor With AMD Graphics Card?

Can You Save Money With an Online Broker Comparison?

How to Develop a Millionaire Forex Trader Mindset

How to Design and Develop a Powerful Brand...