Paragliding in Tenerife is one of the most popular activities among tourists year after year. This is due to the fact that the sensation of being able to fly is probably one of the most powerful things that human beings can feel, and lots of people want to try it. There are people who do it often, constantly challenging themselves; flying higher, jumping each time from a higher mountain. On the other hand, there are people who dream of this for years; seeing it as a life-changing opportunity that will make them freer and take them away from the monotony and daily stress. In either case, flying in silence while enjoying the wonderful views flying above the island of Tenerife, surrounded by birds and clouds, gives you a sense of calm, freedom, and ecstasy.

The humankind has invented many sports, activities and devices that give us the chance to emulate birds and see the Earth from the sky. One of those things is paragliding a sport that began to be practiced at the end of the last century. At first, it was used by mountaineers who wanted to fly down from the summits they had climbed. It is basically a form of flight without an engine in which the wing is the element that we must dominate by means of lines of rope that join the pilot with a harness. The wing totally flexible, of about 20-35 square meters and 3-7 kilos in weight. 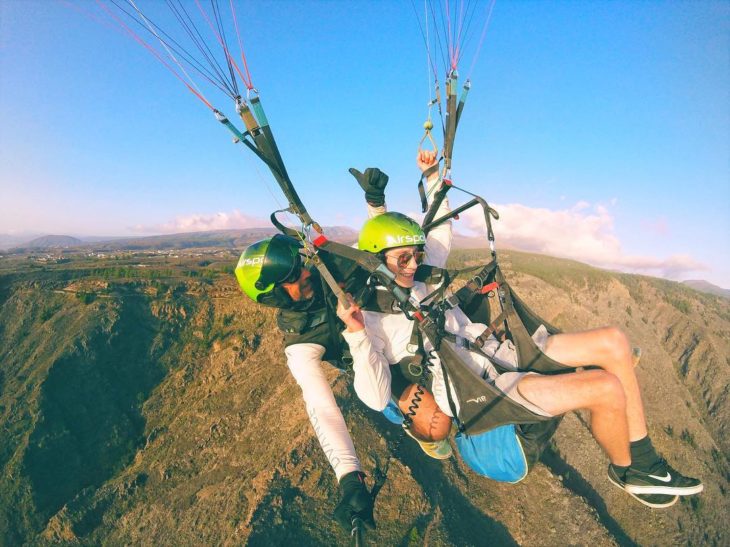 The act of paragliding itself consists of taking advantage of wind currents and different layers of air at different temperatures to rise in the air. The flight can last from a few minutes to several hours and cover hundreds of kilometers, but commercial and initiation tandem flights do not usually last more than 20-30 minutes, and a little more than ten kilometers are travelled… But you fly. And that twenty minutes you feel free like a bird. 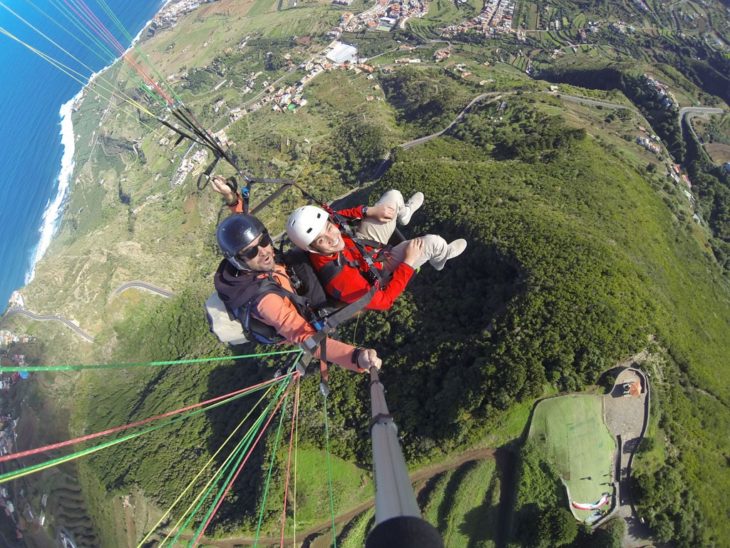 Adeje is located in south Tenerife and is one of the best areas for paragliding. There are several take-off locations such as Ifonche Natural Park, where you can try performance flights with OverflyTenerife. The Ifonche flying area borders the Corona Forestal Natural Park to the north and the Special Natural Reserve of Barranco del Infierno to the west. With an altitude of 1006 mts, the tandem paragliding flight in Ifonche is of the Thermal type, or in other words, it is a matter of turning the columns of upward air to obtain more height and therefore more distance. In this area, the valley of Adeje, Los Cristianos and Las Américas is flown over, and the landing is in Playa La Caleta. 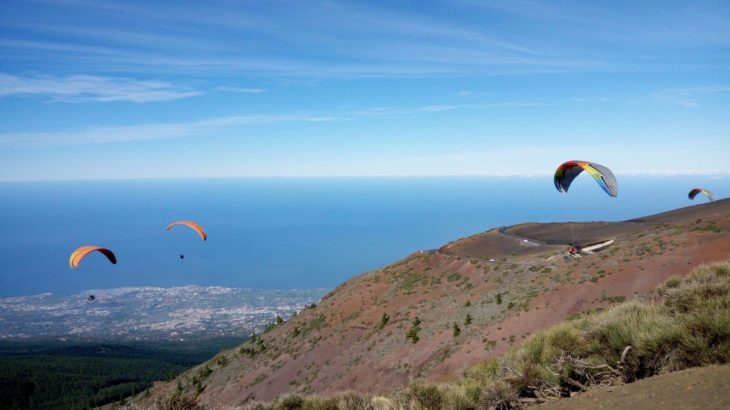 Izaña is such a special starting point because, at the beginning of the flight, you get a wonderful view of the Teide volcano. Izaña is one of the highest peaks in Europe. It starts at the top of the Teide, 2,300 m above sea level. It is important to consult the weather forecast before making a reservation. The landing points are Puerto de la Cruz in the North and La Ladera or Playa del Puertito in the South.

The starting point of the hillside of Güímar’s flight is in the municipality of Güímar, at an altitude of 725 m above sea level. The landing points are Playa Puertito and La Ladera. It is available only when the winds blow from the Northeast and Northwest. 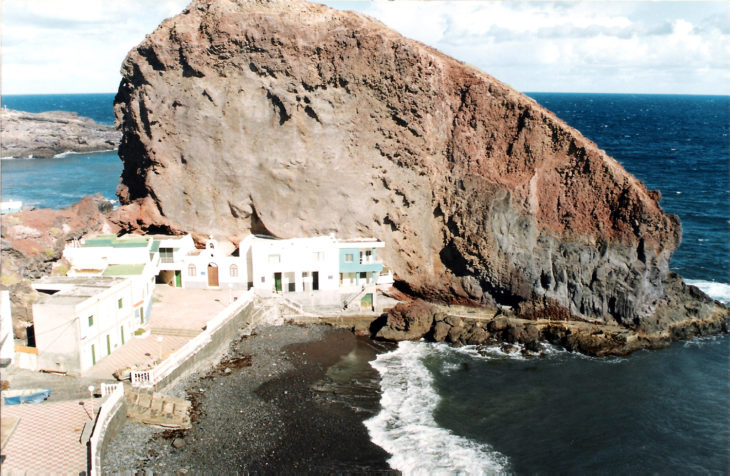 The starting point in this area is a volcano is located in the municipality of Fasnia, in the southeastern part of the island. It is located about 400 meters above sea level. The level of difficulty depends on the time of day and weather conditions. This starting point is used when the winds come from the South, East and West. The landing is at the base of Fasnia Volcano. 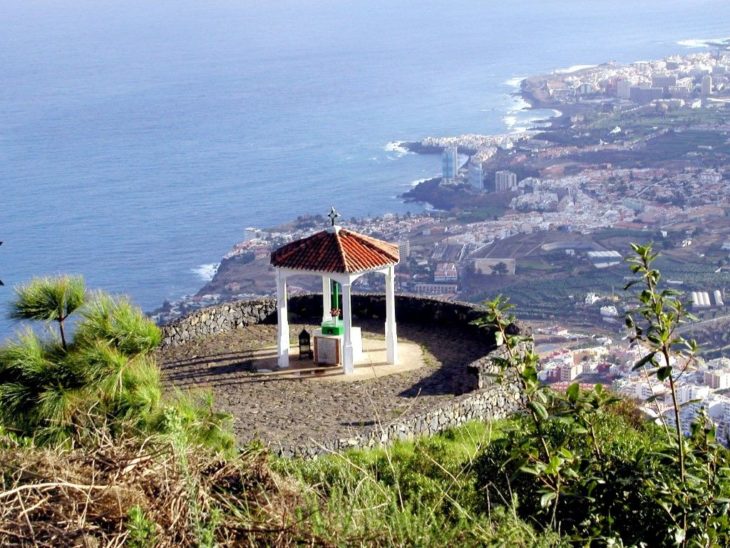 The La Corona take-off point is located in the northern part of the municipality of Los Realejos, in the north of Tenerife, at an altitude of 765 m above sea level. Booking this flight is possible when the winds come from the North and the East. The landing points are Los Realejos and Playa del Socorro.