What Compels A Woman To Want The World’s Biggest Boobs?

Ah, boobs. On a good day they look gorgeous, make us feel womanly and sexy, and perhaps even feed a baby. But on a bad day, they’re sensitive to the touch, totally difficult to keep under wraps, and amongst the more well-endowed ladies, give us an aching back. I have average-sized boobs myself, but I’ve heard many a big-breasted lady say again and again that her boobs are killing her. Plenty of women even undergo breast reduction surgery.

With that in mind, here’s something I’ll never understood: the small group of women with with cup sizes in the middle reaches of the alphabet, who vie for the title of “world’s largest breasts.”A few months ago, I wrote about the sad case of Sheyla Hershey, a Brazilian model whose knockers clocked in at 38KKK. And I call it the “sad” case of Sheyla Hershey because she acquired the gallon of silicone in her breasts from sketchy-sounding surgery not permitted in the United States. Sheyla underwent her 30th breast augmentation surgery in June 2010 in Brazil, where laws about plastic surgery are looser. But in July 2010, Sheyla was forced to undergo emergency surgery to stop the silicone from leaking into her bloodstream. Sheyla eventually had to have her ta-tas removed when she developed a staph infection. She claimed she was “addicted” to plastic surgery and had to take antibiotics and anti-fungal medication, as well as have a special vacuum hooked up to her body to suction out the bacteria. Again: genuinely sad. 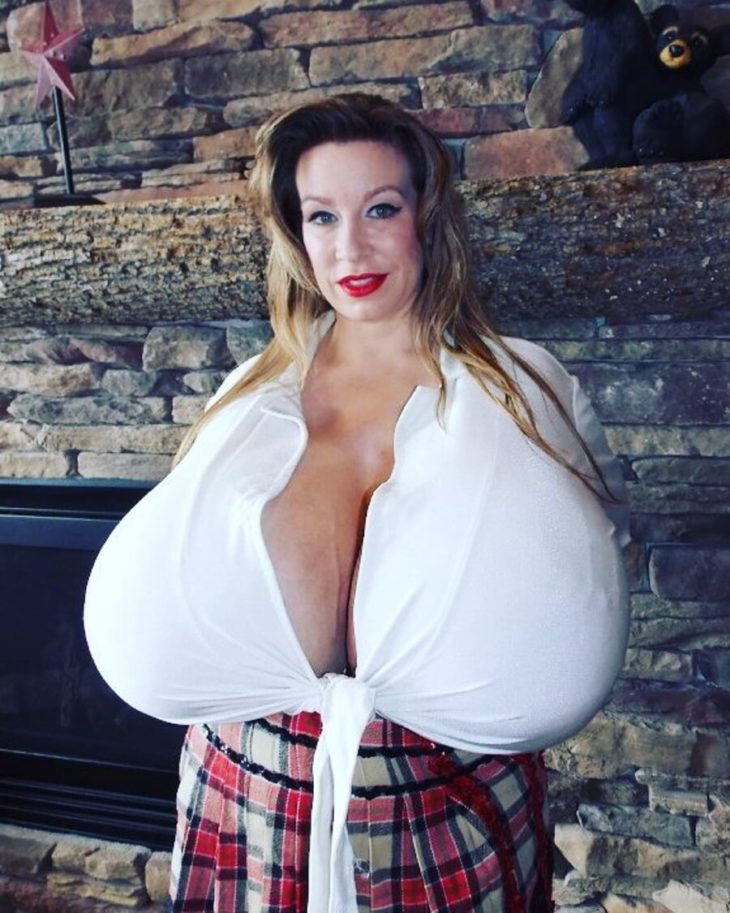 It’s unclear who now holds the record for the world’s biggest breasts, but a top contender is Chelsea Charms. Chelsea had D cups in high school, but today carries around breasts she calls “Itsy” and “Bitsy” which are each the size of watermelons. Let me repeat that last part: each of her breasts is the size of a watermelon. Chelsea’s boobs allegedly grow at a rate of one inch each month because she has something called “a polypropylene string” implanted in them, also called “string implants.” (According to HowStuffWorks.com, “The polypropylene in string breast implants absorbs fluids and expands once implanted into the breast. The result is almost continuous breast growth after surgery.” So now you know.)

This might be a good place to inject my thoughts on plastic surgery in general: With some obvious exceptions like reconstructive surgery, I personally am anti-plastic surgery for cosmetic reasons. I honestly don’t care if and how people, as individuals, choose to alter their bodies. I have a tongue ring, a belly button ring, and four holes in my ears because they make me happy; if it makes someone feel happy to have Botox injected into their forehead, I don’t really care. More specifically what I am against is the culture that tells women that their bodies aren’t good enough and if you spend enough money, it could be good enough. A demand has created the increased number of plastic surgery procedures, such as boob jobs; it didn’t just happen in a vacuum. Our mass media presents photoshopped images of women — who are often surgically altered to begin with! — as an ideal body type and that trickles down to you, me and that cousin of yours that got a boob job. And the racial component of who chooses to get plastic surgery and why is a whole ballpark altogether. While I think each human being has a right to do what they want to their own body, within reason, I have a general and widespread distaste at most everything plastic surgery-related because I think it’s financially and spiritually exploitative of people’s insecurities.

That being said, living with boobs this size is a special category of its own — a “lifestyle choice,” even. Chelsea is an “adult entertainer” and Sheyla is a model and I assume both make decent money catering to the segment of the community that favors cartoonishly large breasts. To accommodate her watermelon-sized boobs, Chelsea has to sleep on her back at all times, needs to eat sitting away from her food, and has difficulty fitting into airplane bathrooms. I think we can safely assume that Sheyla Hershey lived a similar life before her silicone breast implants got so infected that she had to have them removed. 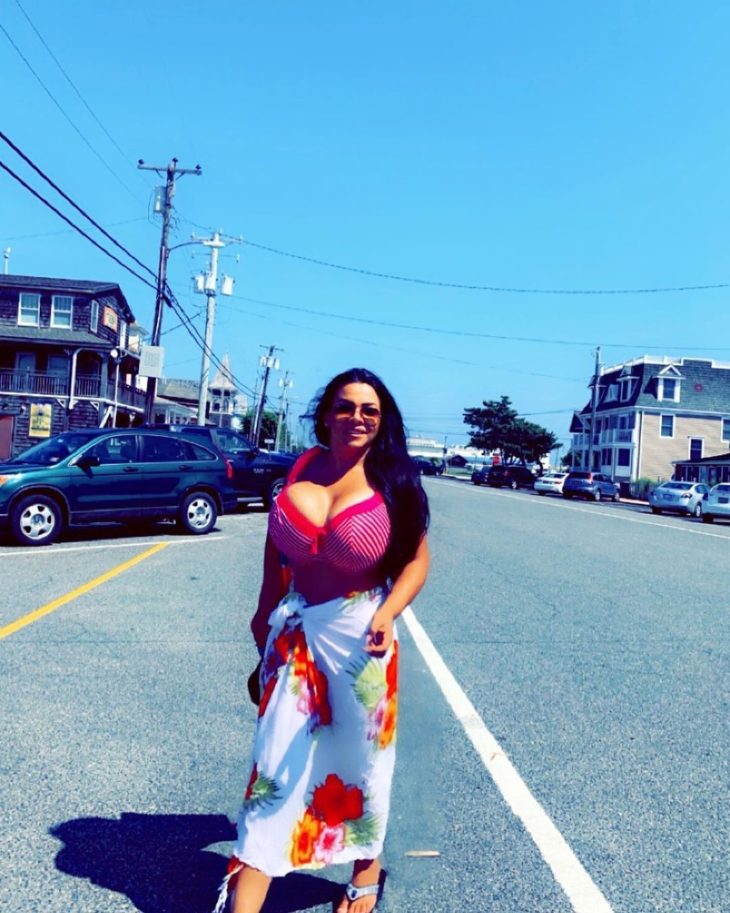 I don’t understand the payoff. Are Chelsea and Sheyla hyper-extreme examples of women whose insecurities about their bodies (assuming they were insecure) have been exploited to a debilitating extreme? Are these women compelled by a case of “my boobs are my trophy of womanhood” writ large — i.e. “I have huge breasts, therefore I am more of a woman than you”? Are they motivated by the fleeting fame these women receive from making it into “The Guinness Book Of World Records” (and blogged about on The Frisky)? Do they relish in martyrdom for the discomfort and pain giant breasts inflict on their lives? Are they mentally ill (and I mean that not as snark, but as a serious question)?

Anyone have any thoughts?

Less Is More: How To Apply Minimalism To Your Wardrobe