10 Important Moments In The History Of Pubic Hair

Pubic hair has been growing between our legs since … well, since we’ve existed. Currently en vogue for women, and the subject of much debate, is the hairless, or as-little-hair-down-there-as-possible, look. Whether you choose to go hairless or not, the bald below trend existed way before “Sex and the City.”

The ancient Egyptians considered pubic hair uncivilized and removed it with razors made of flint or bronze or by a practice still used today called sugaring. So, we should probably rename “the Brazilian” “the Egyptian.”

Click through to see some of the most significant moments in the history of pubic hair. Or lack thereof. 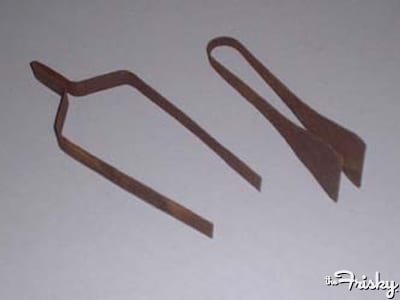 The Greeks liked their women like they liked their sculptures: as smooth and shiny as marble. Pubic hair was a status symbol for them. The upper class ladies wouldn’t be caught dead with bush. The Romans didn’t care for pubes either and began eradicating it from young girls’ crotches the moment it appeared with special tweezers called the volsella. Ouch! They also used creams called philotrum or dropax, which included stuff like resin, she-goat’s gall, bat’s blood, and powdered viper. So … the ancient equivalent of Nair, but probably worse smelling. 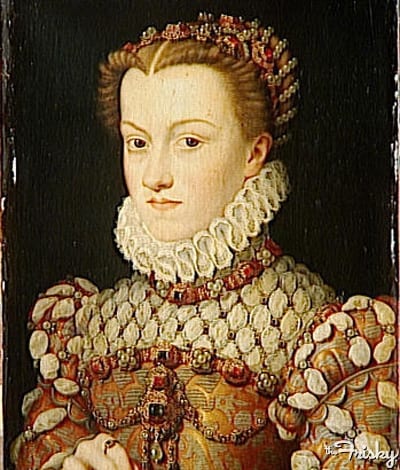 Catherine de Medici, the Queen of France from 1547 to 1589, was a religious zealot and a pubic hair zealot. She forbade her ladies in waiting to remove their pubic hair. Even though her servants rocked the mandatory, full bush, other women  of her time still removed it in private. 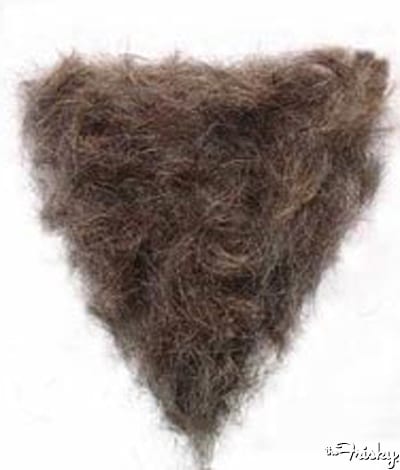 Merkins, or pubic wigs, were originally worn by prostitutes who had shaved to prevent crabs or to cover up signs of sexually transmitted diseases. The merkin can be tracked back to the 1400’s, but they were especially popular in modest Victorian times when women were expected to have hair down there. Now they are worn by actors in period pieces where a big, flowing bush would have been en trend. 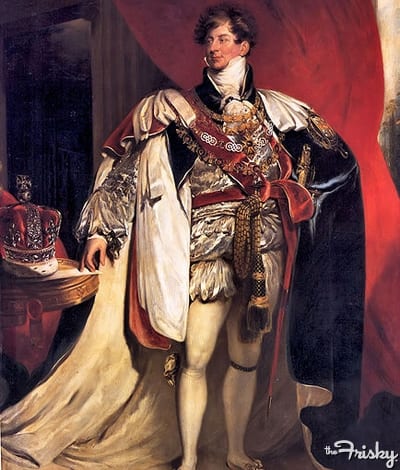 Among upper class people in 19th century Victorian Britain, it was customary to collect pubic hair from a lover and keep it as a souvenir. The museum of St. Andrew University in Scotland has in its collection a snuff box full of one of King George IV’s mistresses pubic hair. We really hope this doesn’t ever become popular again. 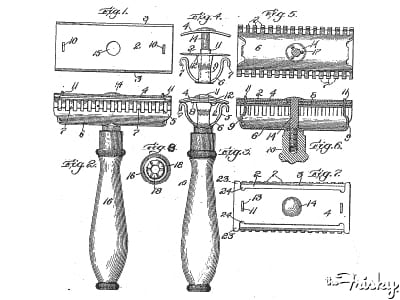 In 1904, King Camp Gillette received the first patent for a safety razor with a disposable double-edge blade. You know what that means … the beginning of at-home pubic shaving. 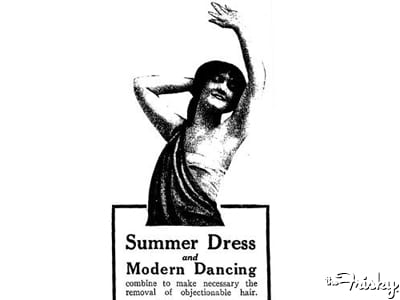 In May of 1915, Harper’s Bazaar featured a model in a sleeveless evening gown that showed off her hairless armpits. Shortly thereafter, Wilkinson Sword launched an ad campaign saying that underarm hair  (and, if you read between the lines, pubic hair) was “unhygienic and unfeminine.” Razor sales doubled in less than two years. 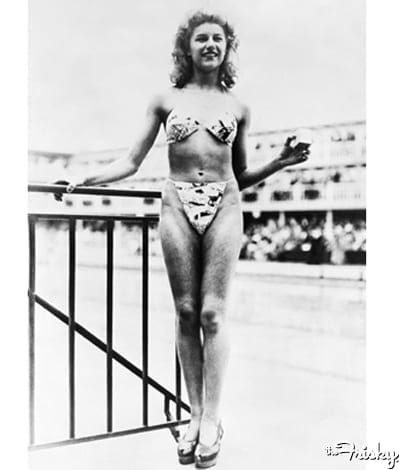 The invention of the bikini was a great one, but it lead to having to deal with the bikini line. By the 1960’s most women wearing bikinis were shaving, waxing or Nairing the pubic hair on their bikini line. 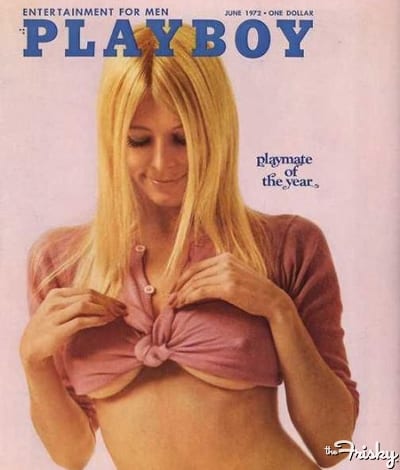 In June of 1970, Penthouse was the first magazine to publish photos showing hints of pubic hair, almost to the point of invisibility. Nine months later, their rival Playboy started showing off a few wisps of bush. In January 1971, Liv Lindeland’s Playboy pictorial was the first to feature fully visible bush. After that, the bush just kept on growing and flowing on the pages of snuff mags and the crotches of women.