13 Signs You Should Take Your Ex-Boyfriend Back

Sure, our own Erin and conventional wisdom say that in life you only get one chance. But in love, there are no rules. However, there is good advice, not to mention learning from your mistakes. That’s why I’m going to share with you the biggest relationship mistake I ever made.

I used to have a “never take an ex back” policy. It stopped me from making plenty of mistakes, like bad ex sex, dropping cash I didn’t have on a bikini wax, and becoming the victim of sheer drunken douchebaggery. Some guys you just get over and there’s no need for a do-over. But I’ve only ever loved one man and after we broke up, he tried to make it work again for months. I, on the other hand, was still in love with him too, but refused to break my own childish rule— no take-backs. Why didn’t I give us one more shot? At the very least, I wasn’t done letting him hurt me. At the very most, well, now he’s married to someone else.

Now I’m left with “what if?” questions. What if I’ll never love any other man as much? What if I never have sex as good again? What if he was THE ONE? And my personal favorite: What if I’m going to die alone now? Even more excruciating and existential is the other side of the coin: Am I inflating who he is and what we had? Has he been martyred because he was the one that got away? Not giving yourself another chance is like opening a Pandora’s Box of second-guessing yourself. OK, so I kept my pride, but so what? It didn’t get me what I wanted—him. And all I had to lose was a little bit more time spent trying to figure things out between us. Unfortunately, now I’m stuck with a lifetime of wondering “what if?”

OK, so maybe even if my ex and I had gotten back together, it probs wouldn’t have worked out. In that case, I’d have ruined the delicious fantasy of him for good. Sad, sure, but maybe that’s just what I needed to move on. And hey, makeup sex can be worth the hassle of a do-over. 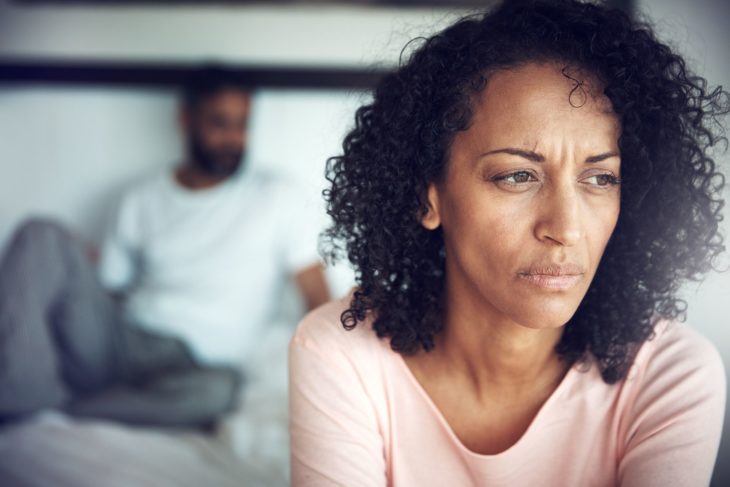 I’m here to help you not make the same mistake I did. While you don’t owe every dude you’ve done a second chance, there are those select few who you just have to give it to. However, before you go re-welcoming them with open arms, you have to think about what exactly you’re going to also have to embrace about him. Is he worth a second or a third time around? Here’s how you can see if he’s worth giving another shot:

1. Day McDreamy: If you think about the dude everyday, or even a couple times a week, you’re sooooo not done with him.

2. BF & BFF: Your pals still want to be his friend. If they’re still rooting for him, maybe you should be too.

3. Black And Blue: He didn’t ever hurt you physically. In fact, he was quite gentlemanly.

4. Time Is On Your Side: You feel like you’ve got nothing to lose except maybe a couple hours for a date. Whatever happens, happens.

5. Not Co-Dependent: Beware, if he’s vengeful or even slightly manipulative, he might just be waiting to get the upper hand again.

6. Going The Distance: What’s he doing to get you back? Was it a random drunk text or did he talk to you face-to-face or phone-to-phone? Heck, he’s gotta give you at least an email you can tell he spent time on. Guys get bonus points for creativity here, i.e., love letters, getting the DJ to play your fave song, or other heart-melting rom-com-esque smooth moves.

7. Change Is Possible: It’s been a long time, so he may have actually grown up. 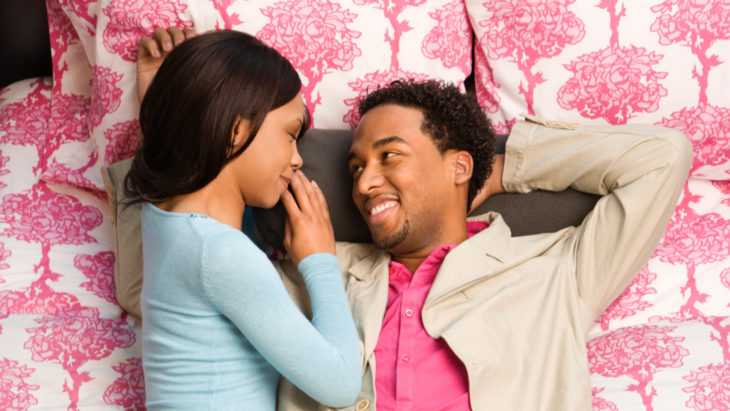 8. Back And Forth: If either one of you is not willing to discuss the past openly, there’s no future. Do you think you can articulate what your old problems were to him or are you afraid to go there?

9. Needy Not Greedy: Ideally, he’s single. But most importantly, he’s not trying to stick it in you while he’s still dating someone else. He has genuine feelings; he’s not just feeling up on you.

10. If It Ain’t Broke, Don’t Fix It: Can you be realistic about your expectations? Are you OK with crashing and burning, or will it send you back to relationship rehab?

11. Not So Sexy Times: If the sex was never good, forget it. Either you have it or you don’t; you can’t learn chemistry.

12. Please Forgive Me: Do you still hold a grudge? Do you want him to pay for what he did to you last time? You can’t run your love life like it’s a toll booth. If you can’t find it in your heart to forgive him, you can’t date him again.

13. Tie The Not: Could you see yourself marrying him or being with him forever? If not, why bother? If you’re just looking for a good lay, he’s not your stunt penis that can just slip in for the action scenes. You can’t have meaningless sex with an ex—there are feelings there. So, go find a new boy toy.

How to improve your Keto Diet

Dating Don’ts: Trying To Change A Man Is A Waste Of Time