Girl Talk: Am I Meant To Be A Mother Or An Aunt?

This Thanksgiving, I arrived at my aunt and uncle’s house to see my 7-year-old nephew in the backyard pulling a plastic toy bow-and-arrow about 2 feet away from my 5-year-old niece’s face. “WHAT ARE YOU DOING!?” I barked before I even said “hello.” I pushed the plastic arrow so it was away from her face and aiming towards the ground.

“We’re playing with my bow-and-arrow!” My nephew told me, defensively.

“Yeah!” My niece said, still young enough to be adorably oblivious to how close she was to becoming a Cyclops.

“You don’t hold a bow-and-arrow so close to someone’s face!” I snapped. “She could lose an eyeball that way. Aim it towards the ground!” I stomped off, shooting a dirty look at my brothers-in-law who were standing nearby but perhaps not paying close enough attention to their kids. 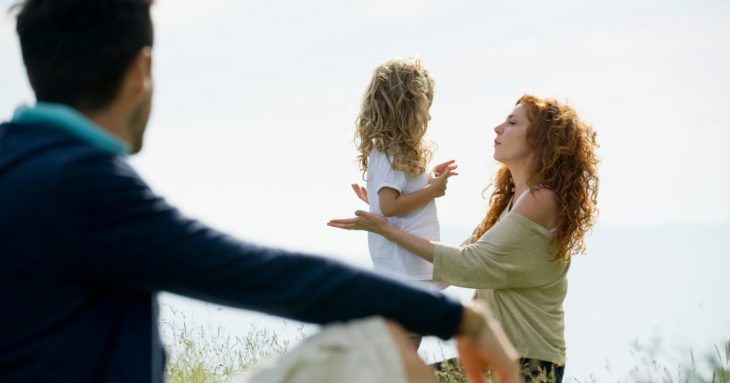 Hours later we were all on the living room floor playing a rousing game of sea life-themed Go Fish. The 5-year-old sat in my lap while we played together as a team. Then her 3-year-old sister, this adorable little blond peanut of a girl, wanted to sit on my lap, too. There’s something about snuggling a little kid — especially one with a lisp, who pronounces “crab” as “cwab” — that can make a woman’s ovaries go completely bonkers.

[An aunt is] the one you first tell that you recently lost your virginity … But she’s also just an aunt, who shows up every once and a while and then goes home — maybe to her own family, but maybe to a house that’s absent of children’s joy on Christmas Eve and Halloween.

There’s no question that cute little kids give me a bad case of the I-want-babies-NOW. I felt it occasionally before, but it became sharply acute once I met my boyfriend. One of the ways I could tell I was falling in love with David, in fact, was when I was sitting in his apartment and had a vision of a little Asian baby toddling across his hardwood floors. These days I go bananas when I see little kids, especially chubby babies, rolled around in strollers or carried in Baby Bjorns.

It’s not so simple, though: the lack of ambivalence does not mean the presence of certainty. Yesterday I was listening to Dolly Parton’s interview on “Larry King Live,” which I put as an item in “Today’s Lady News” because she talks about gay bullying, and towards the end of the interview was an interesting tidbit where Larry King asked Dolly if she regrets not having any kids:

“No, this day and time I regret it even less. I used to think I wanted children, but I don’t have children now. I tell you, looking at the world the way it is now, it’s like I’m almost glad I don’t. I worry enough about my brothers and sisters and my nieces and nephews … I make a perfect aunt. I get a chance to keep them, take them to Dollywood, they love them, or take them to one of our Dixie Stampede Dinner Theaters. … I make a better aunt than I would a mother, I think.”

An aunt plays a few rounds of Go Fish until she decides to refill her wine class and cut a slice of pecan pie. When she comes to babysit, the kids get to order pizza and watch a movie. She takes them to a Broadway show. She buys them the Christmas gifts their mom and dad refuse to get. She’s the one you first tell that you recently lost your virginity (that would be my aunt). But she’s also just an aunt, who shows up every once and a while and then goes home — maybe to her own family, but maybe to a house that’s absent of children’s joy on Christmas Eve and Halloween. 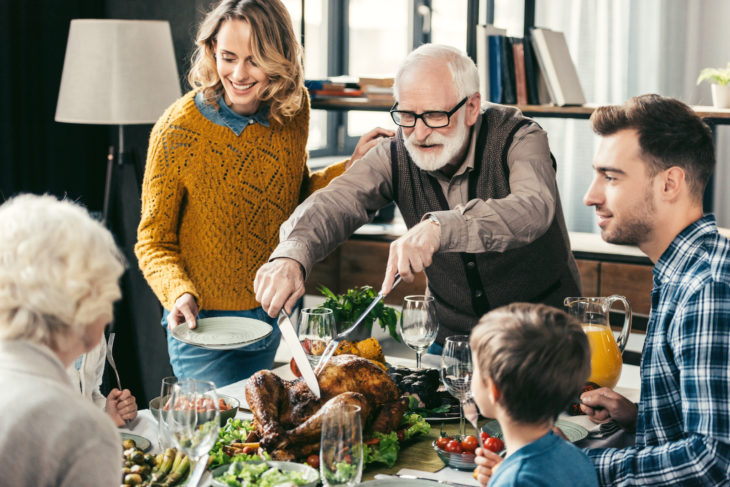 A mother changes diapers. She wakes up at 1:13 a.m. when the baby is wailing from her crib. She gets Cheerios ground into the bottom of her purse. She’s the one who rushes to the ER on Thanksgiving Day when the kid gets a plastic arrow in the kisser. But she’s also the one who rocks the baby to sleep each night. She gets to smell that new baby smell constantly. She picks out cute little kid Halloween costumes and takes cute little kid photos.

Both being a mother and being just an aunt appeal to me. Yet, while I have these intense maternal instincts sometimes — not just from seeing babies in public, but strange warm feelings that bubble up inside me when I hold a baby — I can also easily envision a happy life without kids. I think I could be very pleased with being able to vacation whenever I want, spend money eating out all the time, and not have to throw my clothes and furniture away because they’re covered with baby burp-up messes and Magic Marker. My boyfriend would prefer to have children, but said he would be able to live with it if we do not. He is a big foodie, as well as a big traveler; I think he would be really pleased, too, if our lives were just about us. (Generally, he’s the one in the relationship who enjoys spending more money than I do.) Figuring out whether you want to make that commitment to the selflessness that is required to be a parent is a major life decision. As a friend once told me, before breaking up with his girlfriend who refused to have his child, “You can’t have half a baby.” 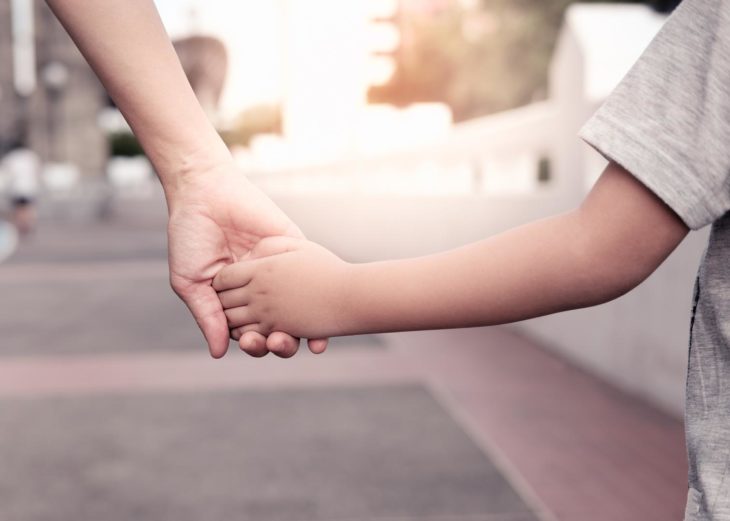 There are times I think I would be a great mother. There are other times when the selflessness and self-sacrificing involved don’t at all appeal to me. I’m not sure I really want to commit to buying someone’s orthodontia instead of ever seeing South Africa. Fortunately, I am only 26, so the pressure isn’t on yet. I may have a few more trips to the Dixie Stampede Dinner Theater (whatever that is) before we have to decide.

Girl Talk: Everyone’s Knocked Up – But Me!