Could You Ever Get Past Hearing “I Don’t Love You Anymore?”

One of the big bombshells my ex dropped the day he decided he needed a break was, “I don’t know that we’re in love anymore.” I didn’t buy it. I was in love and I was certain he was too. He was confused, he needed space, and I was going to give it to him, despite the fact that for many, his words would have been the final nail in the coffin. So I was fascinated to read Laura Munson’s “Modern Love” column in New York Times about her refusal to fight with her husband when he declared he no longer loved her.

His words came at me like a speeding fist, like a sucker punch, yet somehow in that moment I was able to duck. And once I recovered and composed myself, I managed to say, “I don’t buy it.” Because I didn’t.

He drew back in surprise. Apparently he’d expected me to burst into tears, to rage at him, to threaten him with a custody battle. Or beg him to change his mind.

So he turned mean. “I don’t like what you’ve become.”

Gut-wrenching pause. How could he say such a thing? That’s when I really wanted to fight. To rage. To cry. But I didn’t.

Instead, a shroud of calm enveloped me, and I repeated those words: “I don’t buy it.” 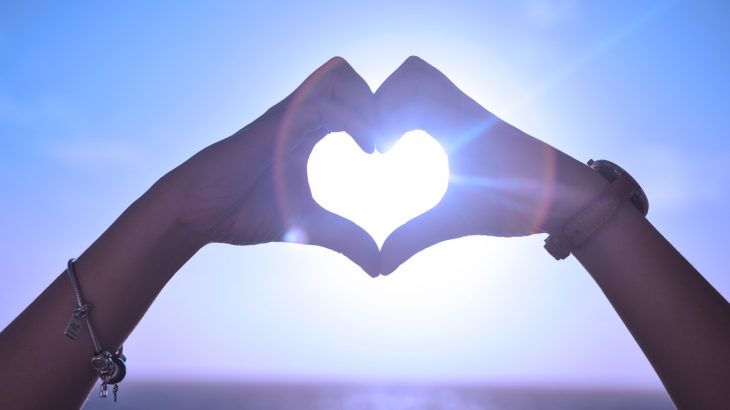 Munson recounts how she refused to participate in or be hurt by what she considered her husband’s midlife crisis. She wouldn’t let him walk away so easily, but she wasn’t going to fight for him either. Munson didn’t balk when, instead of moving out, her husband spent the next few months coming and going without explanation, blowing off family plans, and ignoring her birthday.  “I simply had come to understand that I was not at the root of my husband’s problem,” she writes. “He was. If he could turn his problem into a marital fight, he could make it about us. I needed to get out of the way so that wouldn’t happen.”

To some, this probably sounds completely nuts. Munson writes that her friends thought she had lost it, and that she suspects some of the readers of her column will think she’s a pushover. It’s one thing for a couple to work through infidelity, but one person’s declaration that they no longer are in love? “Although it may sound ridiculous to say ‘Don’t take it personally’ when your husband tells you he no longer loves you, sometimes that’s exactly what you have to do,” writes Munson.

I tried not to take my ex’s declaration personally as well. It was not about me, it was about him, and I couldn’t help him see clearly. Uunlike Munson’s husband, my ex was giving me the kind of verbal feedback that totally supported my theory that he was mid-quarterlife crisis—that he needed space, that he was going to go to therapy, that he hoped to find his way back to me. As a result, I stepped aside and tried to offer my emotional support. Friends thought I was crazy, especially when they heard the whole “I don’t know if we’re still in love” bit. But I didn’t buy it and I thought eventually he would see clearly too. That never happened.

But Munson’s husband did eventually wake the f**k up and saw his situation for what it was—a midlife crisis. “My husband tried to strike a deal,” writes Munson. “Blame me for his pain. Unload his feelings of personal disgrace onto me. But I ducked. And I waited. And it worked.”

Flowchart: What To Do When You Get Stood Up

Hitched: 10 Things A Woman Must Have At Her Wedding Or She’ll Regret It Forever