We used to have neighbors who were big fans of game hunting. As a testament to their deep dedication to the slaughtering of large animals, their entire sitting room was plastered in mounted animal heads. It was terrifying. The sort of terrifying that makes you wary to knock on their door when you’re selling gift wrap or Girl Scout cookies. Little did we know as we quaked in our Catholic school uniform, hand poised over their boar head knocker, that we were a mere decade away from having a mounted animal head in our own sitting room. 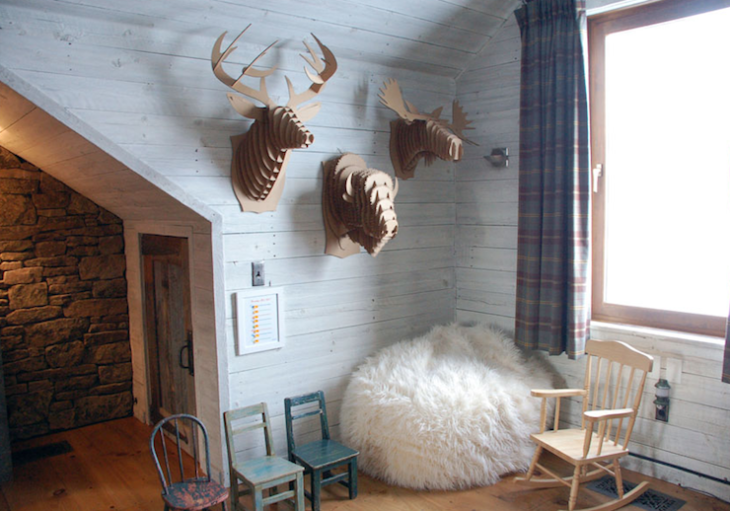 But while their heads were fuzzy and bug-eyed and kind of made us cry, ours is smooth and non-intimidating. This, of course, is because it didn’t come from an animal so much as a tree. Nonetheless, our cardboard deer head is a hell of a lot cooler than their real animal heads, even if we didn’t actually kill it ourselves. The heads come in colors like natural cardboard brown, white, and camo if you’re feeling really adventurous. We spray painted ours bright red for added badassness though. 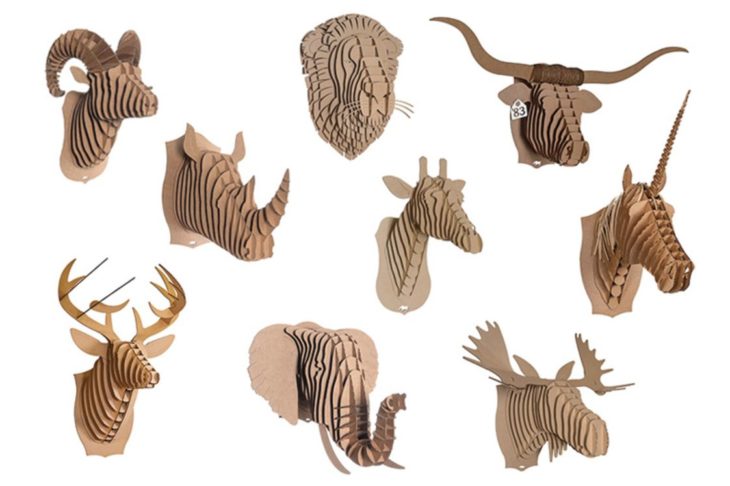