Girl Talk: I’m In A Relationship—Do I Have To Stop Flirting?

I always thought “settling down” was a euphemism. It meant nesting and discovering the pleasures of Saturday nights on the couch, cuddling in sweatpants. And it does mean that a little bit. But in my case, “settling down” has meant literally calming down. The parts of me that were more spontaneous and manic, quick to respond and engage and react, relaxed. I saw how my boyfriend Mark carried himself differently than I did and I thought he carried himself well. My first thoughts were always to fight and engage. But when it came to action, I didn’t feel like I needed to do that anymore. I learned to hold my tongue.

But there’s one thing I haven’t learned to do, as settled down as I am. I still want to flirt.

I was a bit like a mischievous cat who just likes to see what happens. Will he respond? Will he flirt back? What will he say? How far can I go? How far can I take this? 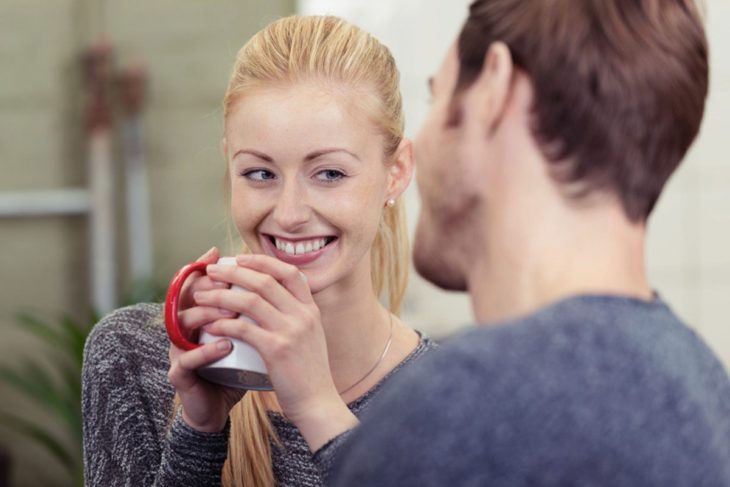 I used to have a reputation as a flirt, even sometimes a tease. Any intelligent or interesting guy captured my attention. He didn’t even have to be attractive; he just had to be willing to engage. I know people think flirty women have low self-esteem but I think I flirted because I was confident. I definitely teased because I was confident. It feels powerful to be to able to provoke a reaction from a man like that and the confidence feeds off itself. But really, it was mostly a mix of curiosity and single girl boredom. Flirting over text message or IM or the phone or in person was entertaining to me. Sometimes I ended up dating these guys; sometimes I was just hooking up with them, but there wasn’t one stated goal. I was a bit like a mischievous cat who just likes to see what happens. Will he respond? Will he flirt back? What will he say? How far can I go? How far can I take this?

Being in a relationship felt different, especially at the beginning when the embers were really burning strong. It was like all that flirting I used to do was channeled into one person; I didn’t even want to look at another man. I was so completely in love, just drunk on dopamine all the time, that even I didn’t even think other men were attractive. All I could think about was Mark waiting for me at his house. Traffic seemed worse. Nights apart seemed interminable. Having to get out of his bed and go to work seemed cruel. You know, your usual love story stuff. 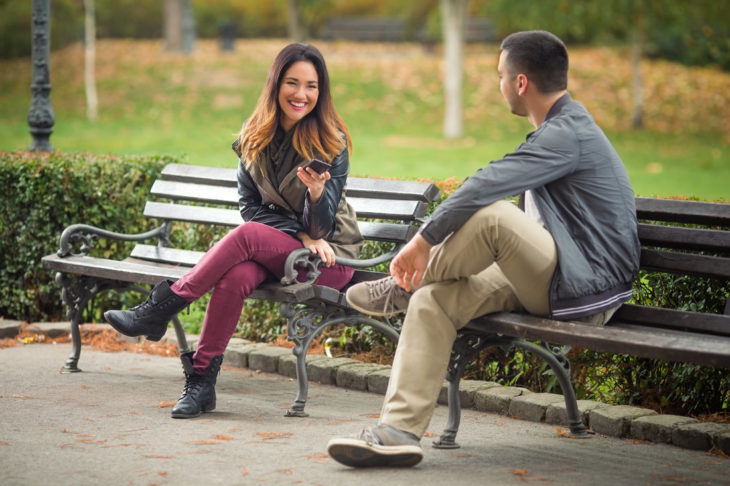 But time passes and the passion cools down. We’re both independent people with our own, differing interests, so the nights apart can be kinda nice. Maybe Katy Perry and Russell Brand are pawing the clothes off each other day in and day out, but I understand this is natural for the rest of us. These days, the dopamine is on a slower drip and it comes packaged differently, like those Saturday nights on the couch, spooning ice cream into each other’s mouth. I’m a wise enough woman to know this is love. Not “being in love,” but “love.” And I don’t want to be dumb and f**k it up.

The problem is my inner flirt doesn’t know what to do with herself and this is where Greg comes in. Greg is exactly the kind of guy I used to flirt with all the time: smart, interesting, and most importantly, game for the push-and-pull of a good flirt. We have a few flirty exchanges, but I never really know what he’s thinking about me being with Mark. He doesn’t seem to want me to break up with Mark, but that doesn’t stop him from sending flirty IMs and texts. He could never say I’m leading him on because I talk about Mark all the time, and Mark knows we talk, but Greg still mentions wanting to hang out. And I presume he means hang out alone. 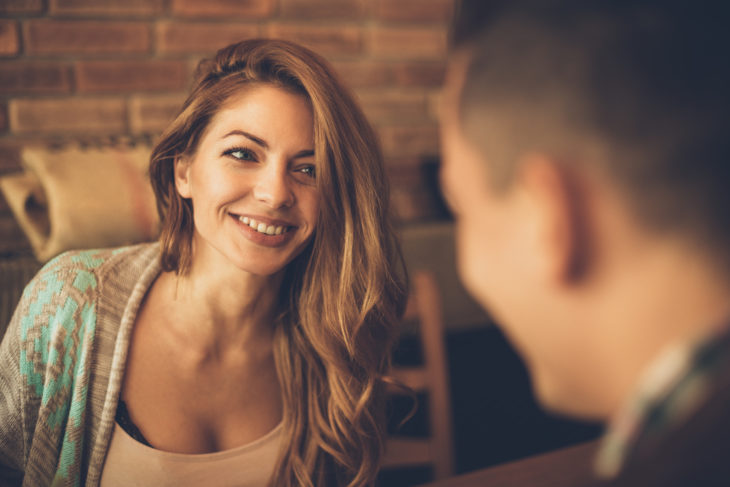 You’re probably wondering about Mark, whether he flirts with other women and whether I’m subconsciously acting out against something. I can’t say for sure what he does when I’m not around. But he does have a lot of female friends, including a lot of single ones, and I see the way they look at him. They can see he’s a good boyfriend. I think it’s reasonable to assume a red-blooded American male likes that attention. I don’t go peeping on his phone or in his inbox and I never would. I feel like if he gives me a long leash; I should give him one, too.

Commandments about not flirting with anyone else when you’re in a relationship — especially a long relationship — are totally unrealistic. That’s the kind of etiquette we all profess out loud, but isn’t a truism in the messiness of real life. Sexual tension is a real thing. I don’t know if I’m allowed to flirt in a relationship, and if so, how much, and how long, and where and when to stop. There are so many questions, but I just don’t think there are any answers.