Girl On Girl: Have I Become A Stereotypical “Angry Lesbian”?

A few weeks ago, my girlfriend and I were in a pizza place and a group of big, drunk guys wearing sports jerseys and smelling of beer walked in. We were just leaving and as my girlfriend stood up, I looked at her and thought, “Wow, I’m so lucky to be dating her.” I couldn’t resist leaning over and pecking her on the cheek. Before you freak out, I didn’t suck on her neck or stick my tongue down her throat. I said peck. On the cheek.
But the boisterous jocks went silent and one of them whispered, “lesbians.” My girlfriend and I smiled and I rolled my eyes. Seriously, how could anyone be so juvenile? But as we were walking out the door one of the guys yelled something like, “Hey, do you girls like DILDOS!?!?” and the whole group just cracked up. Swearing, I turned back, determined to give those jerks a piece of my mind. But my girlfriend grabbed my hand and pulled me across the street.

“I was surprised you kissed me in front of them,” she said once I was done cursing. “I mean, you knew that would happen.”

She’s right. One look at those beer-swilling, sports-watching, pizza-munching dudes and you could tell that they’d jump on any opportunity to holler at, insult or tease anyone different than themselves. Especially two young, attractive girls who were—in their minds—narrowing their ever-shrinking dating pool by stealing all the vaginas! 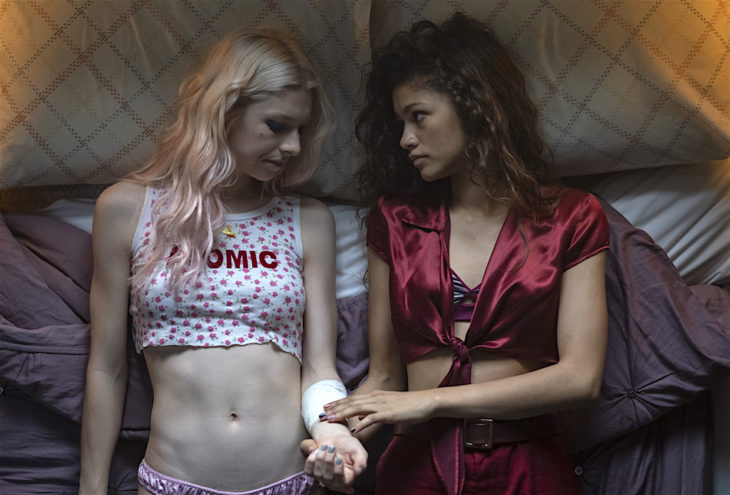 But I kissed her anyway and what’s more, I felt vindicated in my anger even though the result was entirely to be expected. Why? Because I don’t think I should have to change who I am for anyone, anywhere. I don’t care if I make people uncomfortable or even upset, because the way I see it, they are wrong and I am right. It is wrong to be bigoted, prejudiced and just plain mean. It is wrong to judge someone on the basis of their sexual orientation and it is wrong to shout embarrassing and insulting things at someone you don’t know.

A lot of people tell me that if I don’t want to deal with the BS, I should hide my sexual orientation or at least not engage in PDA. I won’t do this for a number of reasons. First, I’m not letting the bigots and homophobes win by altering my behavior so that they leave me alone. They need to change. I don’t. Second, being gay is a large part of my identity and I’m not going to hide part of what makes me, well, me. I’d never suggest that you hide a defining part of your character in order to blend in. Third, if all homosexuals went around pretending to be straight in order to avoid criticism the gay rights movement would be absolutely nowhere. People wouldn’t even be talking about gay marriage, let alone passing laws to allow it.

I don’t know why this argument is so “acceptable” when discussing gay people. What if I said, “Ladies, look, if you hold your boyfriend’s hand in public or kiss him, I’m going to yell and scream and make fun of you so you should stop touching him altogether,” you’d be pissed, right? And that crap about not liking PDA? We’re talking about hand-holding here. The bottom line is, you’re (and this is the societal you and not you all, specifically) asking me to hide something I shouldn’t have to hide. The reaction is to be expected, but that doesn’t mean it’s OK. I’m not the one at fault here. 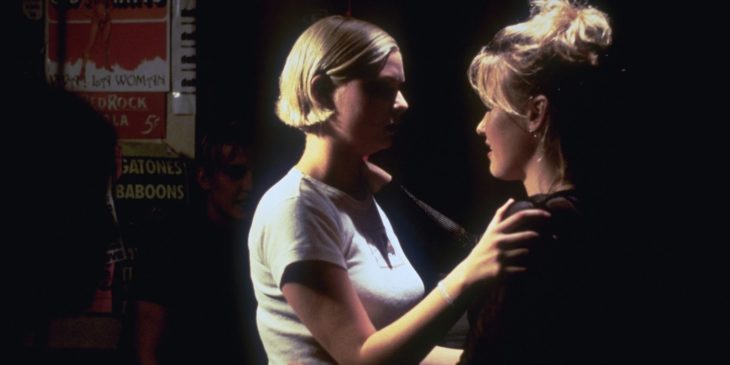 Visibility gives minority groups power. Queer visibility is super, super important. I think the more gay people are written about, seen and heard, the more changes we can make for the community at large. And for me, personally, coming out was a big deal and I’m proud of who I am. So I’m not going to hide it because I don’t think I should have to. Just because I expect the crap I get from people doesn’t mean it’s OK. So I am going to keep fighting the bigots and writing for people who aren’t comfortable with who they are yet. Maybe someday I won’t need to yell anymore—but right now, I think I do.

Dear Wendy: “I’m Terrified Of Running Into My Ex”

Debate This: Should You Have Sex Before Marriage Or Long-Term Commitment?