Girl Talk: No More Looking For Love In Just Anyone

“These are the things I’m addicted to: bronzer, boys, and alcohol.”

That’s a quote from Snooki of “Jersey Shore” fame, but it could just as easily be something I said. Last night’s episode actually, gulp, struck a cord with me. In Snooki, I saw myself. A shorter, drunker, less well-read version of myself, but still. Snooki, like me, is searching for love and sometimes drinks to excess to mask the insecurities she has about not finding it.

The players and the fantasies they inhabited—from the guy who worked at my local video store when I was 15 to the son of my father’s boss who I was convinced had to be my soul mate—took up a lot of my brain space. I was and still am in some ways, completely boy crazy.

Like me, Snooki decided on last night’s episode to stop drinking (temporarily), after being arrested for disorderly conduct. I’m glad it didn’t take a night in the drunk tank for me to take a break from the bottle. I’m on Day 10 of my sabbatical and so far it’s going pretty well. On Day 7, I went to dinner with friends and sipped two glasses of wine over the course of three hours. Two glasses of wine in nine, almost 10, days? Two glasses of wine a night is standard for me and has been for a couple of years at least. And it hasn’t even been all that hard. The first few days, all I could think about from the time the work day ended until I went to bed was the itch to have a drink. It’s not like I had the shakes or anything—my craving wasn’t physical so much as habitual, but luckily that urge is easier to dissuade and each day has gotten much easier. Last night, dare I say it, I almost didn’t want a drink. Almost. 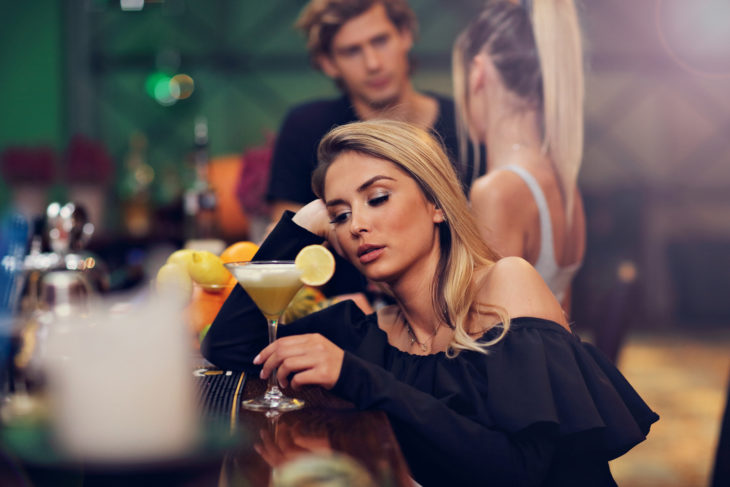 In these 10 days, I’ve been thinking a lot about the other part of my sabbatical—the dating and sex part. As I described in my initial essay about taking a break, sex gives me a temporary euphoric feeling of being loved, of being seen as a whole person. The whole point of this sabbatical is for me to try and figure out why I search for that validation from a man, rather than finding it within myself. To return to “Jersey Shore” for a second, JWoww actually had some sobering words for Snooki on this very subject.

I guess I’ve been snookin’ for love too, making guys who aren’t good enough for me be good enough and then feeling like crap when they don’t treat me with as much care as I’d hoped. But how can they, when I don’t always do the same for myself? When I get drunk to feel more confident on a date or feel more whole when viewing myself through someone else’s eyes? Jessica referenced this concept in the essay posted yesterday—the importance of treating or talking to yourself the way you would a friend. Really, my sabbatical is about taking a break from dating and from sex—from snookin’ for love, so to speak—until I not only treat myself with the love I want from others, but also understand why I haven’t done that in the past.

Here’s what I have come up with so far. I was a late bloomer in terms of experience—I didn’t have my first kiss until freshman year of college, my first date until sophomore year, or lose my virginity until I was on the cusp of 21. My first real boyfriend was the man who went on to become my fiance. As a teen, I was awkward and, I felt, unattractive. I was also very shy. When someone I didn’t know would say hello to me, I vividly remember how timid my “hi” back always sounded, barely eeking out in tight whisper. My parents raised me with love and support and total encouragement, but I think I always felt very different from my peers and that’s what contributed to my insecurity. I wasn’t weird enough to fit in with the “freaks,” but I also wasn’t normal or outgoing enough to blend in with everyone else. I felt invisible, especially to boys and because I wasn’t getting any real-life experience with them, I developed extensive fantasies of what my romantic life would be like if a guy ever did look my way. The players and the fantasies they inhabited—from the guy who worked at my local video store when I was 15 to the son of my father’s boss who I was convinced had to be my soul mate—took up a lot of my brain space. I was and still am in some ways, completely boy crazy. 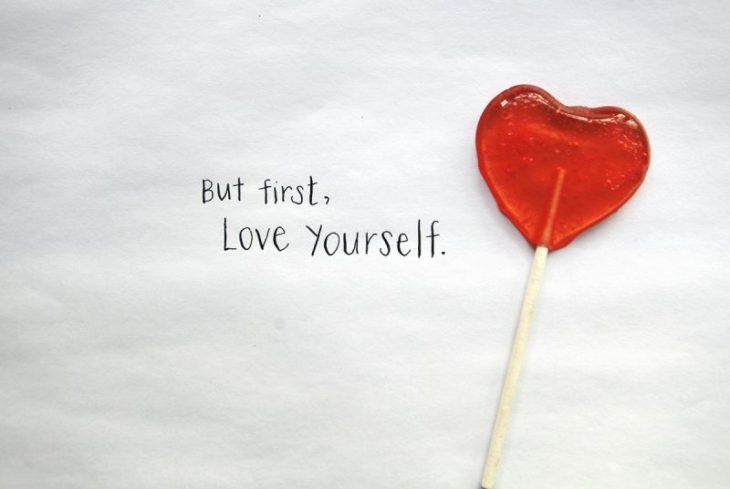 Since college, I’ve really come into my own and have become far more confident in all aspects of who I am—my abilities, my looks, my personality, etc. I’m far more outgoing now, though I still thrive on having solace, and, for the most part, when I look in the mirror, I feel good about the way I look. I know the people in my life think I’m funny, smart, hard-working, and kind. My fantasies about love finally manifested themselves in reality, but in sobering ways. I fell in love with a man who loved me back, but it wasn’t always easy, or sexy, or filled with laughter or even passion. Eventually, of course, it ended. Unfortunately, the way it ended brought back many of my old insecurities and, well, here I find myself.

This week, I haven’t been buzzed or obsessing over a guy I like or going on a date and trying to be Fun Casual No Pressure Amelia. I’ve felt good. I’ve felt like myself. I’ve started to really recognize how utterly ridiculous and unfair to myself it is to waste an ounce of energy on someone who isn’t good enough for me. How, in the future, I need to take the time to find out if someone is good enough before diving head first into bed or into love with them. That finding out someone isn’t good enough or right for me can sometimes be immediate—when, for example, a guy says he’s not looking for something serious—but discovering that they are often isn’t. And most of all, that I’ll be blind to both if I don’t love myself first.

P.S. For the record, I love bronzer too.

12 Tips For Having A Super Lifestyle Porn-y Existence 2020

Fight Against Global Warming – Join Hands With Art for Good Cause