According to Jack Donaghy on the last “30 Rock” episode: “Gift-giving is the purest expression of friendship.”  Picking out a gift for someone is a chance for us to reflect on what we know and like about them. But in the case of selecting a holiday present for a significant other, it can also be a chance to royally screw up.

Trust me, I know from experience.

I lifted the lid off the shoe box inside. There they were: a pair of red patent-leather stripper heels. No, seriously: they were so shiny I could see my quizzical expression reflecting back at me. 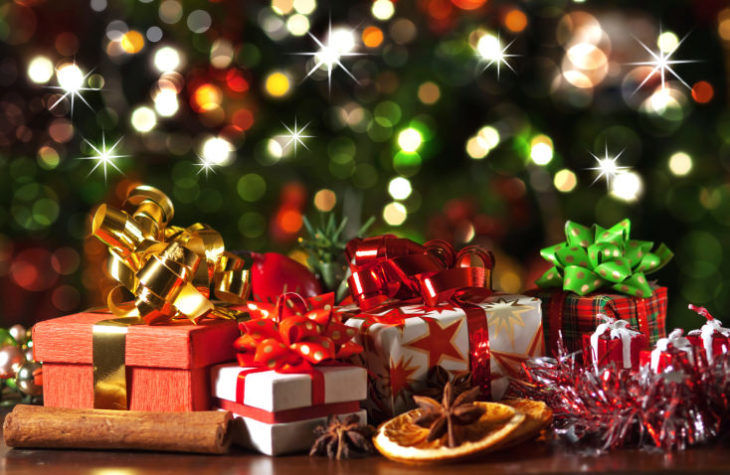 Last year, I was not expecting a Christmas present from Rob, who I had been casually dating since August. In fact, I hadn’t anticipated that our summer fling would ever survive until the holiday season in the first place. Aside from a mutual love of flirt-texting and live music, we had virtually nothing in common: Rob was cocky party boy with a seeming aversion to serious conversation, while I was a slightly neurotic prepster with a penchant for deep, soul-baring chats. I’m not sure what he saw in me, but I know what I saw in him: a way to end my year-long dating dry spell. Who cared if he was a little aloof and didn’t give me that warm-and-fuzzy feeling? He was funny and nice enough, and he kept asking me out. So I kept saying yes.

Then one day, right before Christmas, an unexpected Zappos box appeared on my doorstep. I should have taken pause at the fact that this was perhaps the most impersonal way to give a gift to someone who shares your zip code. But I didn’t—I tore into the cardboard and scanned the gift card. “Merry xmas. Can’t wait to c u in these. Rob” I lifted the lid off the shoe box inside.  There they were: a pair of red patent-leather stripper heels. No, seriously: they were so shiny I could see my quizzical expression reflecting back at me, and so sky-high and lethally pointy I was sure I’d need a permit just to own them.

“Well, they’re certainly festive,” said my roommate when I showed her my flashy red footwear. I hadn’t even bothered to try them on, and we both stood there staring and cringing. “Do you think he might have sent these to the wrong girl?” 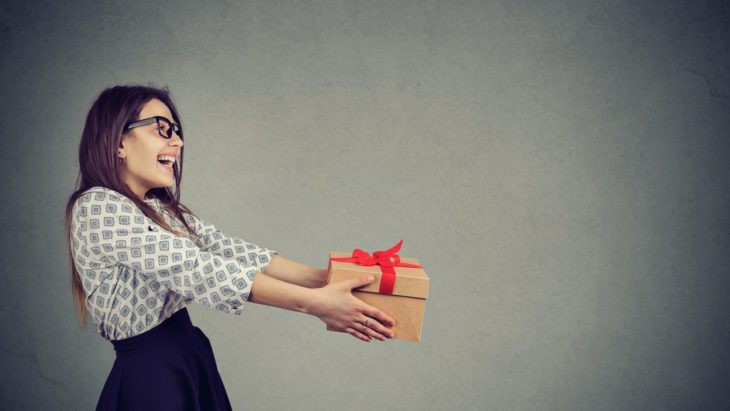 I was thinking the same thing. The shoes were pretty much the antithesis of my personal style, which was unequivocally conservative and Ugg-aliscious comfortable. Not to mention that at 5”10, I pretty much avoid heels the way Victoria Beckham shuns flats. Even my fashion-blind father knows I wouldn’t be caught dead in those five-inch sky scrapers.

I know it’s supposed to be the thought that counts, but I had to wonder what the heck Rob was thinking. Then I received a text from him (“Did u get the shoes? They made me think of u”) that quickly confirmed my fear. These red-hot hooker heels reminded him of me? Hmm. Either this guy is smoking crack, or he didn’t get me at all. Of course, I had suspected our incompatibility all along. But right here before me was a physical manifestation, a material representation of what he thought I was all about. And it was all wrong—and hard to ignore.

I admit, I did go out with Rob once more – just to be sure. He asked why I wasn’t wearing the shoes. Um, because it’s snowing? Then he insisted I take a shot of Patron with him, even after I told him a million times that I hate tequila. Then he couldn’t understand why I didn’t want him to come home with me, even after I explained I had to be at work early tomorrow. Had he always been this completely deaf and blind? I gave him a tepid hug goodbye, and hopped in a cab. I was better off waiting for someone with whom I’d be so smitten, so sure of, that a simple gift-gaffe would be cause for nothing more than a good laugh.

In the meantime, I brought the stilettos down to my local consignment shop. Even though I made a $40 profit from the sale, the real gift was realizing that I was wasting my time with someone whom didn’t fit.