Handle This: His Friends Are Hateable

If three (or four, five or six) is beginning to become a crowd in your relationship, it’s time to take action. While you can never make your boyfriend give up his friends, nudging them out of his life is well within your power. According to Janette Barber, author of the best-selling book “Breaking the Rules, Last Ditch Tactics for Landing the Man of Your Dreams”, all it takes to make your man break ties with his annoying pals is your showing him their true colors. “And if for some odd reason that fails,” she says, “there are always ways to drive them away!” For strategies on how to show your guy’s most irksome friends the door, read on…

He won’t grow up, and hates that his buddy would rather hang with you than play XBox with him all day.

Believe it or not, the Peter Pan Friend is actually one of the easiest dudes to deal with. “This guy – even if he’s 50 – is about 14 years old, which means he’ll respond really well to maternal actions,” Barber says. Lull him into a sense of security by baking cookies and giving him beer, the grown-up equivalent of milk, when he’ around.  “Really and truly, this will win him over if he’s certain to stick around,” she says.

If you goal is to speed up his exit from your man’s inner circle, take a different approach. “When he (finally) goes home and you are alone with your man, assert how much you like his fun-loving friend,” Barber advises. “Then pause and add something like, ‘Bless his heart, the poor thing.  His mother must be devastated’ or ‘You are SO nice to be friends with him.’” If you keep this up, the message that his high school antics belong back in high school – and not in your man’s grown-up life – should reach your guy in no time. 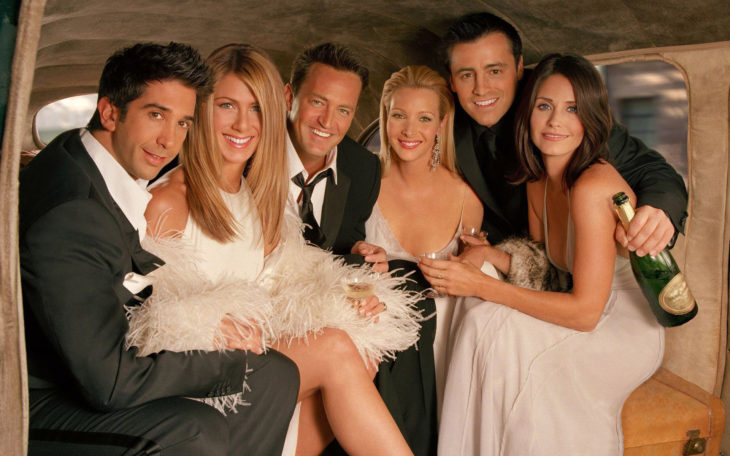 This self-professed ladies man (read: cheesier than cheddar) is always hitting on you, but never in front of your guy.

If your goal is to make your guy aware of his pal’s annoying behavior, Barber advises loudly repeating every inappropriate thing he says to you. “If you find yourself alone in the kitchen with Cass (while you boyfriend runs to the can), and he slides up to you and croons something inappropriate, just shriek, ‘I’m sorry, what did you say about my butt?’,” she recommends. When your boyfriend comes running in just repeat word for word what his friend said. After this happens, it’s doubtful that your guy will want to be his pal for much longer. If you’re not comfortable being confrontational, Barber suggests laughing manically every time Cass hits on you. “Whip out your cell phone, call a girlfriend (or your voice mail at work) and tell her all about your boyfriend’s hideous, bald friend with bad breath who keeps hitting on you,” she says. “Then make some remarks about tweezers. This should do the trick.”

If you absolutely want to take care of the problem with no lingering issues, when you are alone with your boyfriend, tell him the truth.  “Not only should you not be subjected to harassment, it wouldn’t hurt your boyfriend to know that his ‘friend’ is not a friend,” she asserts.

He’s always trying to rope your boyfriend into a game of catch, joining his fantasy sports league, playing a round of golf or watching football all Sunday afternoon. Unfortunately, you hate sports.

In the case of the Jock Friend, you might as well embrace him. “Sure, you find sports unbelievably boring, but if you’re in it for the long haul with your guy, take comfort in the fact that he’ll eventually he’ll get so old, stiff and crickety that he won’t be able to throw his own underwear into the laundry basket, never mind finding the energy to walk out into the yard,” Barber says. In the mean time, she advises you buy a flat-screen TV and invest in a top-of-the-line Wii. “This way, they can watch games and flail away in your living room – where at least you can keep an eye on them,” she notes.

For additional solace, Barber recommends you keep in mind that hanging with Jock Friend means you won’t have to worry about his being in situations in which he’ll be interacting with all sorts of ladies. Also, as time goes on in your relationship, you’ll reach a point where being with your guy isn’t so novel anymore, and you’ll likely find yourself wanting to spend quality time with your guy and your girlfriends. Enter Jock Friend, the perfect, safe companion to entertain your guy while you go have “So You Think You Can Dance” viewing parties with your girlfriends. Lastly, Barber notes that Jock Friend can be used as you’d employ the threat of Santa with a 6 year-old.  “Just think how ‘Better watch your cholesterol!  Wouldn’t want Jocky to get ahead of you in basketball!’ will inspire him to change his ways,” she says. 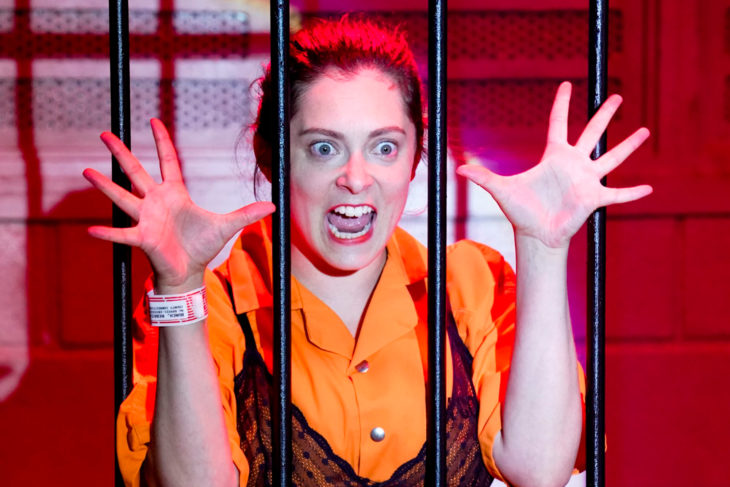 He refers to you as “the ball and chain” and keeps encouraging your man to try all 31 flavors before he purchases a cone.

Barber asserts that the best way to send this guy a message that you think he’s a skeevy dude is to clean compulsively whatever he touches. “Don Playtex gloves the minute he arrives, clutch a bunch of paper towels in one hand with the roll stuffed under your armpit, and carry the Windex in the other,” she recommends. “When you expect him for a visit, leave pamphlets labeled: Chlamydia: Friend or Foe and Do You Have an Embarrassing Itch? on every available surface.  In extreme cases, you can cover yourself with plastic sheeting before you let your boyfriend so much as touch your knee. When he looks at you in horror, reply, ‘Just in case you caught something from him, honey!’”

A less direct approach, she says, involves going out for ice cream with your boyfriend. “When he declines to taste the peppermint boysenberry tea biscuit crunch, smile knowingly and tell him how insightful he is,” she suggests. “Point out that his friend, poor Player, would be sucking back all sorts of disgusting things – like pickle ice cream, or anchovy – just because he thought he was supposed to have one of everything instead of being wise enough to stick with the flavor he always got – the one he loved.”

No matter how nice you are, you just can’t get this guy to warm up to you.

This guy poses an interesting psychological conundrum:  What on earth is wrong with your boyfriend that he has such a friend? To deal with Jerk Friend, first look inside yourself and see if you can find a way to pity him. “Perhaps he’s gruff and horrible because he’s been rejected so many times for being gruff and horrible, and you can find it in your heart to feel sorry for him and later accept him,” Barber says.

If you want to get rid of him, however, she maintains that you must “nice” him to death. “Never say a bad word about him and offer him drinks, snacks, breath mints and moist towelettes when he’s around,” she instructs. “Insist with laughter and grins that all of his ill-humor is just so charmingly funny.” Most importantly, make sure you’re boyfriend sees how lovely and welcoming and kind you are to Jerk Friend. “Meanwhile, all your slavish niceness has gotten on Jerk Friend’s nerves so bad he’ll start sniping about you to your guy,” she says. Because he’s witnessed your loveliness towards Jerk Friend, he will be outraged. “His inner-Rambo will rise up and soon, Jerk Friend will be history,” she promises. 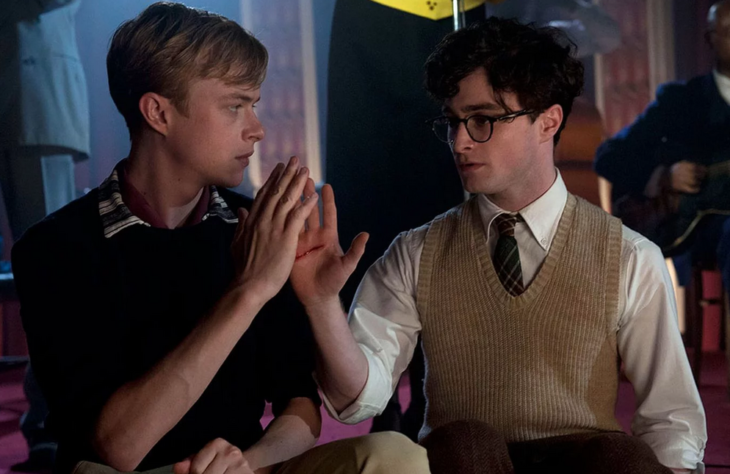 He says they’re just pals, but you know she has another agenda in mind.

Barber refers to the Threatening Female Friend as the “pit viper in the boyfriend-amigo mix”. “Because, as all women know, a man, poor thing, can never recognize a Glenn Close until after she goes after his rabbit,” she says. Therefore, you must protect yourself. “NEVER leave them alone together,” she advises. “Pretend to your boyfriend that you love his harpy friend and that she is the long-lost sister you never had.  Make him want to invite you along just because he’s so proud you’re not jealous. Going to the bathroom without her (or letting her get out before you) is not an option.  This could be the time to introduce Depends into your wardrobe if you don’t trust your muscle control.”

Barber notes that you’ve got two options when it comes to getting rid of the Threatening Female Friend: “First, if you have any single male friends, call in a favor. Build him up to Female Friend, talking all about his overseas businesses and extreme wealth. When she goes after him, hope your boyfriend sees her for the gold-digging ring-runner that she is.” Another option is to expose her for who she really is. “Be incredibly affectionate with your boyfriend whenever she’s around,” Barber suggests. “Stand behind him and run your hands down his arms, to his hips and down his thighs.  Slowly slide them back along his inner thighs stopping just inches before his groin. He’ll get all hot, which will drive her crazy. Upon seeing her getting all jealous and angry (once the blood returns to his brain, of course), the truth will dawn and he’ll start being busy when she calls.”

Money 101: How To Save For The Big Stuff