What Do You Remember About Your Childhood Crush?

Yesterday, Wendy posted the loveliest story about her first love, a little boy named Young who took the rap for a fire she caused when she was 5 years old. There’s something so sweet, innocent, curious, and hilarious about our first dabblings with the opposite sex. After the jump, Frisky staffers take a moment to remember the little fella who made them first think, “Hmm, maybe boys aren’t so icky after all.” Share your childhood crush stories in the comments!

In middle school I had a crush on Adam, whose house was down the street from mine. We shared the same bus stop! I could see his backyard from my bedroom window and, natch, liked to watch him jump on his trampoline after school. I was such a big nerd that I created a secret alphabet — pretty much memorizing symbols — and I kept a notebook filled with “facts” about Adam and other boys I had a crush on. “Facts” included things like “has an older brother” or “watches ‘Friends’.” Despite my arsenal of talking points, nothing ever happened between Adam and me. Another girl in the neighborhood, Vicky, told Adam about my crush and he ignored me until his family moved to Maryland.—Jessica

In fifth grade I was in love with this boy named Matt. He was also new in school so I thought he would take more kindly to the fact that I was a fat dork. Our moms were friends so we would hang out a lot after school and we became really good friends. At the end of the year I finally worked up the nerve to have my friends ask him out for me. He said no because I was too fat. What a way to start my love life. Things haven’t improved too much since then, even though I am no longer fat or dorky. —Anonymous 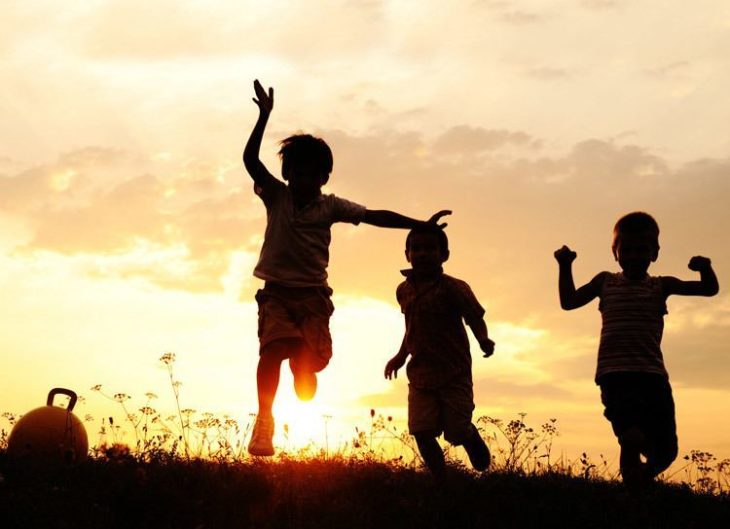 My first true love was in my first grade class. Let’s call him S. When I walked into that auditorium on the first day of school, fate took over. My eyes just went straight to him and it was as if a glow was all around him. He was sitting in the front row, so I sat behind him and then tapped him on the shoulder. It was instant chemistry!

Throughout the school year, our love was magical, despite so many other girls wanting him too … but I had the advantage, because on class trips he was the shortest and so was I, so we always got paired together and I wasn’t shy about holding his hand while we were out either. He was a total sweetie, even asking my mother’s permission to kiss me—my first kiss, by the way!

We learned how to tie our shoes together. Since all the girls liked him, all he had to do was stick his shoe out on the playground and the girls would flock to the ground to tie them for him. Seriously, he has rock star moves!  So, since they were down there, I used to stick my foot in there and have them tie my shoe too—and they did! But eventually, the monitor saw this and pulled S. and I into a classroom during recess and taught us how to tie our own shoes. To this day, I still do the bunny ears and hope somewhere out there S. does too. —Kiki

My dad built houses and one of his clients had a son my age who only spoke Spanish when he first moved to town. But we spoke the international language of love. Luis and I used to run around the construction sites and do arts and crafts projects together. We were inseparable. But then I got put in a different class than him for first grade. So, I forgot all about Luis and started hanging with two other boyfriends. I was a 6-year-old hustler. Luis, if you’re still out there, lo siento. Aún te amo. —Simcha 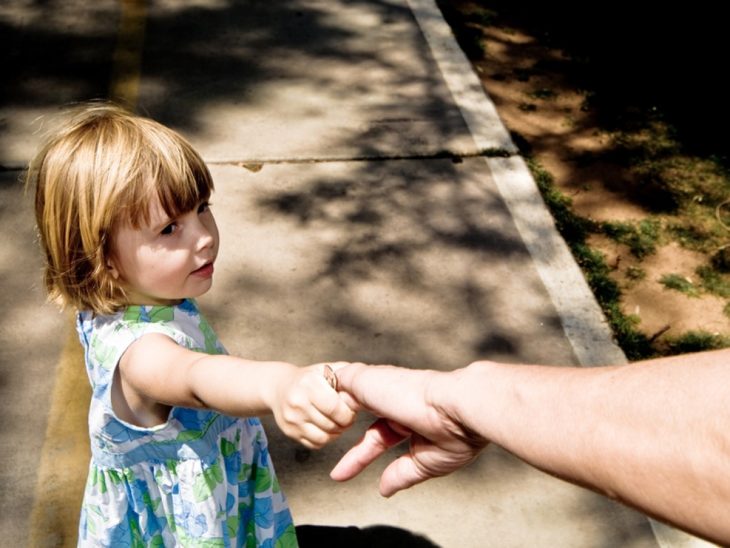 My first crush was the grandson of my Grandma’s best friend. He was about 10 years older than me. He was tall, thin, and had this amazing smile. His name was Curtie. Whenever he was around I’d turn into a shy mess. I couldn’t even look directly at him. If I tried to talk to him on the phone, I’d just hyperventilate. Anyway, when I was about 5 or 6 he took me to see “101 Dalmatians,” and I thought it was a date. Good thing he wasn’t mean enough to tell me otherwise. Another time, he bought me Monopoly. My mom and he used to joke that he was promised to me, but I thought they were serious. I was kind of embarrassed when I outgrew the crush because I’d acted like such an idiot. —Annika

Walter Patton was the cutest guy in kindergarten, so I was quite pleased when he ended up in my first grade class, too. I was so in love with him—such a handsome fellow—but he was crushing on my friend Abi, who had way nicer hair bows and lived in a mansion. How could I compete? Torrid love triangle! Despite seemingly insurmountable odds, one day in class I decided to tell him how I felt. While Mrs. Willard was going through our daily multiplication drill, I leaned over to his desk and mumbled something along the lines of, “Guess who I like?” and he said “Who?” and I shyly pointed a finger at him. Only I was so nervous that I pointed my MIDDLE FINGER and he raised his hand and told Mrs. Willard and I got in big trouble for flipping him off. That little incident truly soured our relationship for good. —Erin

My biggest crush lasted all through high school on a family friend’s son. He was so beautiful and seemed perfect—his family was super rich and had this amazing townhouse off of Central Park West. I used to walk by there on Saturday nights if I had nothing to do and hope I’d catch him coming out, and maybe he’d ask me to come with him. For years, I only saw him at dinner parties, and one day in junior year, I told myself, ‘Enough, you really just need to call him and ask him out.’ A few days later, our regular issue of New York magazine arrived in the mail, with my love’s face staring up at me on the cover. An issue on gay teens. My love’s ballet obsession should have been a tip-off. Oh well. —Leo 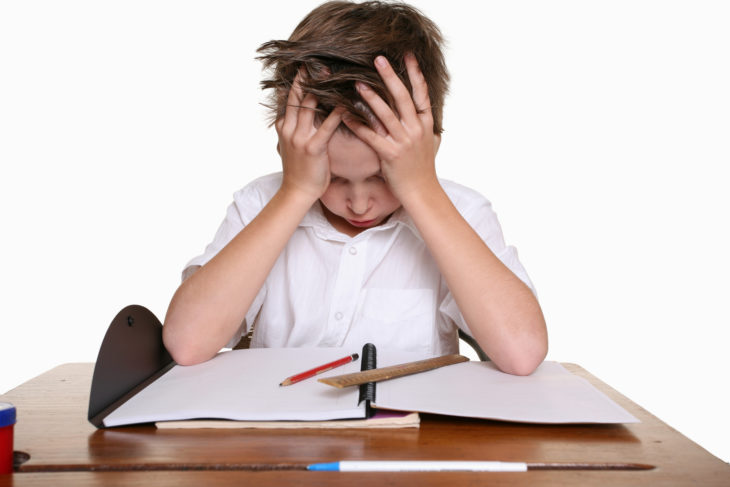 My first crush was a boy I met on vacation when I was in elementary school. Our families were both staying at the same place in Florida, and he and his sisters hung out with me and my sisters, building sand castles, swimming in the ocean, and playing miniature golf. He was from Quebec and went to a bilingual school, so he taught me how to say things like “kangaroo” in French (accents work as tools of seduction even at 8). —Catherine

In preschool I got my first ‘boyfriend.’ His name was Che—after the Cuban Argentinian communist revolutionary, natch—and he was 5 years old. He had dark hair that his mom slicked over into a super ‘80s little boy comb-over and he wore thick coke bottle glasses. Imagine if the little boy version of Pedro and Napoleon from “Napoleon Dynamite” were meshed together into one child. Anyway, I was a bit of a hussy in those days and used to walk around the playground flashing my panties, but Che was the only boy that I smooched. I look back on these clandestine meetings in the school closet as being “make-out sessions,” but I suspect they were just little pecks. Anyway, Che and I broke up for reasons that still plague my relationships today—boy can be mean. There was a lice outbreak at school and Che was spared. Me, not so much. As I sat in a chair, my hair wrapped in a towel, waiting for my parents to pick me up, Che and one his friends stood on the other side of the room, pointed and laughed. Oh. Hell. No. I did not give him the time of day after that. —Amelia

Why Do We Forgive Adulterous Women?

Are You Stuck On Your First Love?

The Power Of First Loves