Girl Talk: I Should Have Dumped My High School Boyfriend

If you were porking someone the weeks leading up until Freshman Orientation and using the L-word, chances are you are “doing the long-distance thing” at college. And chances are a sizable percentage of your brain is elsewhere, when it should be focused on making new friends, pitching a column to the school newspaper, and discovering the least disgusting dining hall. I am here to tell you that it’s Band-aid time: that is to say, rip it off real quick. Do it. Dump your high school boyfriend.

Gather ‘round, college freshmen, for a grizzled tale of love and loss from one who has been around the block.

I’m not a social person to begin with, so having a boyfriend I needed to talk to was a great excuse to keep to myself. While the other kids on my dorm floor and in my classes were befriending each other, I was tethered to someone hundreds of miles away in Ohio.

Human beings are not good at letting each other be themselves and in elementary, middle and high school, it’s the worst. We pigeonhole each other, saying “she’s the quiet one” or “he’s a drama queen,” and stick them in that role for over a decade. But our friends and loved ones have the ability — especially when we are young — to bring about a transformative change for us. They help carry us over the bridge of who we are now and who we want to be in the future. 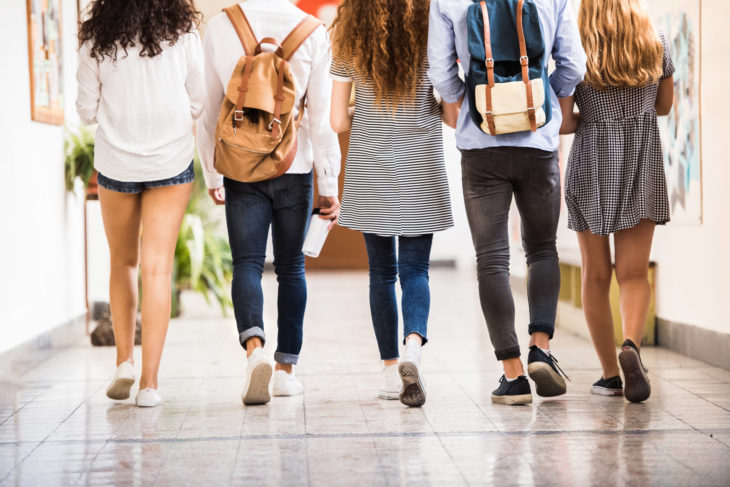 Michael* was that person for me. He was a bad boy, a dead ringer for Zac Efron, who partied a lot and played soccer. He lived one town over from me and hung out with the popular crowd at his high school. If we had grown up together, I don’t think we would have liked each other. I would have just seen him as a screw-up and he would have thought I was the artsy-fartsy nerdy girl. But when we met during our last years in high school, I was looking for someone to help me cut loose and Michael was looking for someone to clean up his sloppy messes.

I had gotten into a college in New York early decision by the time we met, while Michael was still waiting to hear back from schools. With every passing month and every passing milestone — Valentine’s Day, my 17th birthday, losing my virginity, prom — I fell deeper in love with him. When the only school he got into turned out to be in Ohio, I knew we were screwed.

Not that I wasn’t already screwed anyway: I couldn’t trust Michael farther than I could throw him. Going to different high schools made it easy for him to cheat on me with girls I didn’t know and cover it up. And even though someone who drank a lot and smoked pot a lot seemed delightfully decadent at the time, I could also clearly see how dating him correlated to ever-more-abysmal algebra test scores. Not to mention how paranoid I felt driving around in Michael’s car with him when he was “carrying.” But he made me feel like a new person and that’s the only thing that I wanted.

Our relationship was perhaps atypical in that it was co-dependent,  at least from my end. But we were very typical in that, like a lot of young people, we couldn’t compartmentalize this part of our life. We couldn’t see it as this being high school and us moving to two different states for college, or years and years of college which would come after. The present was everything. 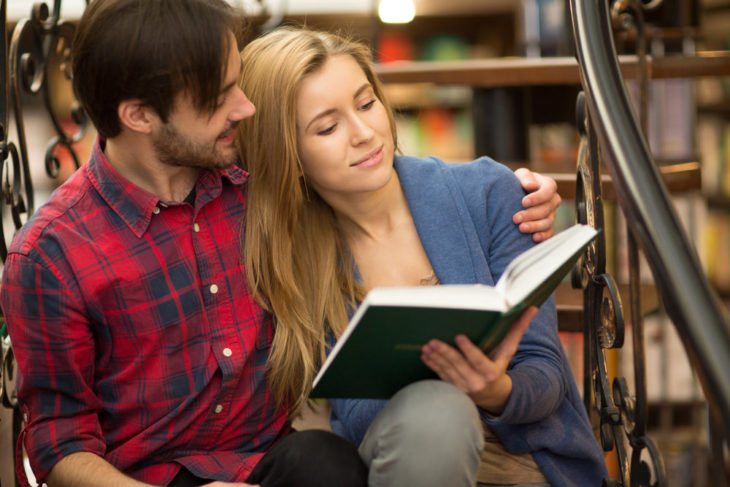 It has been nine years, so I can’t remember the conversations Michael and I had about staying together at college. Did we even have a logical discussion about it at all? I do remember shopping my a new comforter and long sheets for my dorm room and getting into a fight with my older sister and my mother because they thought I should break up with him. I got defensive, really defensive.

But we tried. Damn it, we tried. We talked on the phone every night and IMed all throughout the day. I’m not a social person to begin with, so having a boyfriend I needed to talk to was a great excuse to keep to myself. While the other kids on my dorm floor and in my classes were befriending each other, I was tethered to someone hundreds of miles away in Ohio. The only real close friend on my floor that I made was another girl with a long-distance boyfriend, although we hardly ever hung out because she was always leaving town to visit him. I read a lot of books in my dorm room alone.

Michael enjoyed himself at his college: frat parties, sorority parties, parties, parties, parties. He did the kind of drugs you only read about in Hunter S. Thompson books.  But I was a stunted version of the bold, spirited girl I once was — partially from mooning over him, but more so from the September 11th terrorist attacks. They gave me panic attacks for literally the rest of the school year, which proved one less thing I had in common with him. 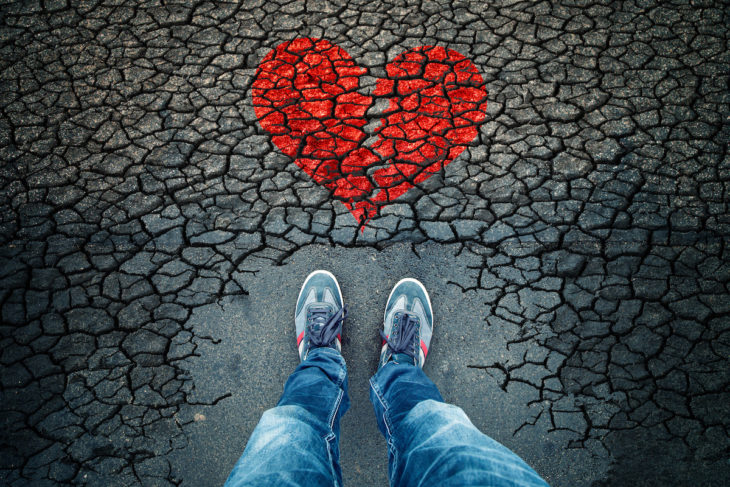 I broke up with Michael at one point, but there were flowers and cards a-comin’. We got back together, sort of, when he visited during a break. I don’t know why he even bothered since he was cheating on me. (Of course, I didn’t know that at the time.) I just felt tied to him in some way. Alas, the nightly phone calls were getting increasingly more unpleasant, considering how divergent our lives were going. On one terrible evening, he was driving someone in his car while smoking opium and I freaked out. Someone in his car took Michael’s cell phone from his hands and told me to stop being a “bitch”; I could hear Michael laughing in the background. Later that night I cut myself for the first time on my leg. He may have been hundreds of miles away, but he still made me feel trapped.

Eventually, I really got rid of him when it became clear he wasn’t the person that I had loved anymore; my friends breathed sighs of relief. I came into myself more at school; I joined a feminist club and a marijuana legalization club and performed in poetry slams. I met and fell in love with someone else, who treated me better. But that freshman year wasn’t the rich experience it should have been. School could have transformed me, and I’m sure I could have met people who would have had an impact on me too, yet I clung onto something I thought I already had even though it was withering and dying in my hands.

I don’t know why I couldn’t have left a high school relationship in high school. Maybe it was my age, or my codependency issues, or nostalgia. But it wasn’t worth it. It just flat-out wasn’t worth it. You only get one freshman year and I wasted a lot of mine, fighting on the phone with some a**hole on hashish. Maybe other people have had better experiences than my own. But I wouldn’t open myself up to let other people transform me at a time in one’s life that is supposed to be all about transformation. That is something I’ll always regret.

Guy Talk: Men Don’t Want To Have Sex All The Time