Today in the world of increasingly boundless parent-child relationships, one chutzpah-filled writer smoked weed with her mother. Specifically, she took her 68-year-old Hasidic mother to enjoy the pungent fruits of Hempcon in San Francisco. And yes, exactly what you think happens at Hempcon happens: it is “America’s largest medical marijuana Show,” after all.

So yeah, this fearless writer indeed got blazed with the woman who housed her in her body for 9 or 10 months and then birthed her. (OK, to be fair, I have no idea how the writer’s mom came to be her mom; I’m making assumptions, let’s breeze past it because it’s colorful and fun to imagine squeezing a person out of your body and then later getting high with that person.) Perhaps for our generation, the idea of smoking with your parents still has a whiff of scandal about it, but our nation’s increasingly lax outlook on weed is actually beginning to blur the lines of what is and is not appropriate. So where do we stand? With whom is it or is it not OK to get baked with? 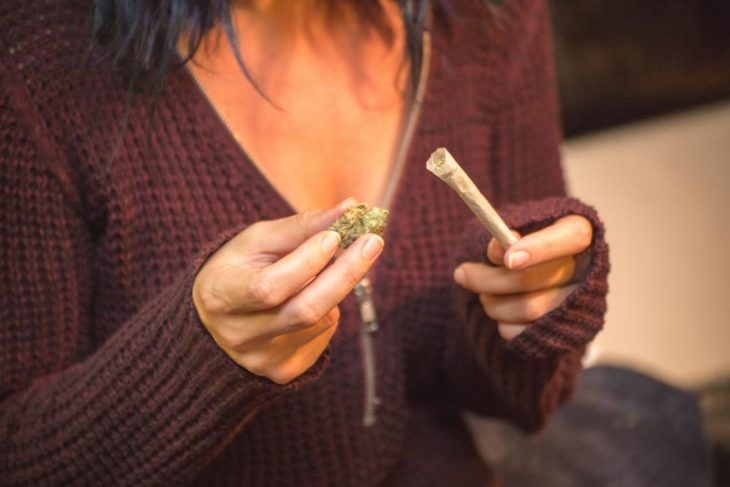 Statistically we appear to enjoy marijuana on such a prolific level that even the FBI is finding it difficult to hire non-smoking hackers. So if even the nation’s best nerds are doing it, and entrepreneurs are establishing legitimate and very lucrative businesses to legally sell marijuana, is weed heading inevitably towards a context where it’s so vanilla and normalized that lighting up with our parents eventually become the new having a cocktail with them?

Who knows. But if it does happen, here are a few reasons it might not be as cringe-worthy as it sounds…

Medical-Grade Marijuana Is Known To Treat A Range of Symptoms

So if mom is suffering from difficulty sleeping, appetite issues or any of the other mentioned symptoms, a parent-child smoke sesh could go a long way in removing some of the stigma. And who knows, it could even put her in better spirits.

Or her takout-ordering skills. I’m not here to assume all moms are good at cooking just because they’re women. But I do know that all moms are excellent at feeding their kids, so however your mom likes to put you in a food coma, smoking will almost assuredly enhance the experience. We’ve all heard of that little appetite-increasing side effect of marijuana known as the munchies. For as long as there have been stoners, science has been trying to find the exact reason high people like to eat so much. Marijuana’s most active compound, THC, seems to be the culprit of the moment. A University of Bordeaux study led by neuroscientist Giovanni Marsicano revealed that THC permeated the receptors in the brain olfactory bulb of mice, leading to an increased ability to smell. Since smell and taste are connected, increased appetite is probably directly tied to being able to smell and taste our food better while high. Now just imagine the next family BBQ, but this time throw in some edibles. Epic or no?

There’s undoubtedly at least a bit of a generational gap between you and your mom (even if she’s the coolest of the cool). At the risk of sounding like Hallmark card of pothead affirmations, doing something new (and kind of taboo) with mom creates a little bit of a bonding situation, one that’s on par with your best friend. Even if where you’re smoking makes it a completely legal activity, we’re nowhere near far enough removed from the days of broad illegality to have effectively unburdened weed with the lingering stigma of being a banned substance only used by super-bad rule breakers. In almost every other moment of life, that is a bummer. When it’s you and your mom pretending to be BFFs lighting up under the bleachers with a bag of potato chips and a shared disdain for the bullshit in the world, that kind of illicit baggage is kind of the best thing in the world.

Relive Your Messy Past At The Museum Of Broken Relationships