4 Ways To Spot A Narcissist Before He Becomes Your Boyfriend

A cute guy walks up to you in a bar. He’s totally full of himself, but makes you laugh as he flexes his muscles while telling you he’s the best. This guy is a narcissist, right?

Though the type of guy I just described may seem like (and be) an asshat, he could be a great guy — showoff-y, yet harmless. In a comprehensive piece on narcissism for Psychology Today, Scott Barry Kaufman noted:

“Both extroverts and narcissists have an interpersonal style that endears them to others. So to conclude that a person may be narcissistic based on energetic and self-assured body movements, friendly facial expressions, and original introductions would be to dismiss many non-narcissists.” 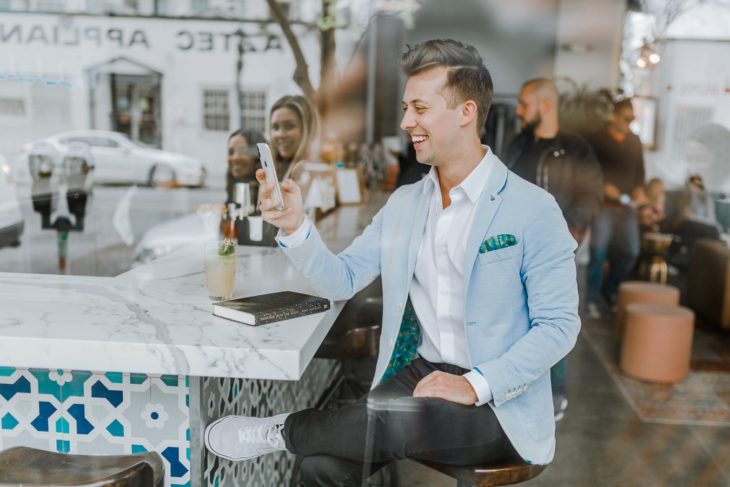 Conversely — and this is the scary part — many men we perceive as being “nice guys” are actually quite the opposite, as the pickup artist and men’s rights movements make clear. A strong sense of self and an outgoing personality can be signs of what psychologists refer to as “healthy narcissism”; it is malignant narcissism that often hides behind a more chivalrous, insidious exterior.

The Frisky recently compiled a list of signs that your partner doesn’t respect you. That piece made plain what I will briefly echo here: yes, women can be narcissists and relationship abusers, too. However, in this post, I’m only going to focus on the way narcissism — and related conditions like Borderline Personality Disorder, Anti-Social Personality Disorder and the like — tend to reveal themselves in the courting behaviors of the men affected by them.These enticing courting behaviors vary greatly from the eventual abuse that takes place after a relationship with a narcissist takes hold and can easily be misconstrued as gentlemanly or kind. Additionally, women — because of traditional gender roles — are more likely to feel flattered when they are “chosen” (i.e. targeted) by this type of man than men are when they are targeted by a narcissistic female. But anyone who has felt a lack of love and is needy or co-dependent is a great candidate to be further victimized by a narcissist looking for supply. In fact, if you are aware that you come from a family with a history of alcoholism, physical abuse or toxic behavior of any kind (including emotional abuse), you should be especially on the lookout for these dynamics as you work to recover and become a person who is able to assert healthy boundaries against physical and psychological bullying.

Here’s a list of some RED FLAGS that will help you spot a narcissist before he becomes your boyfriend: 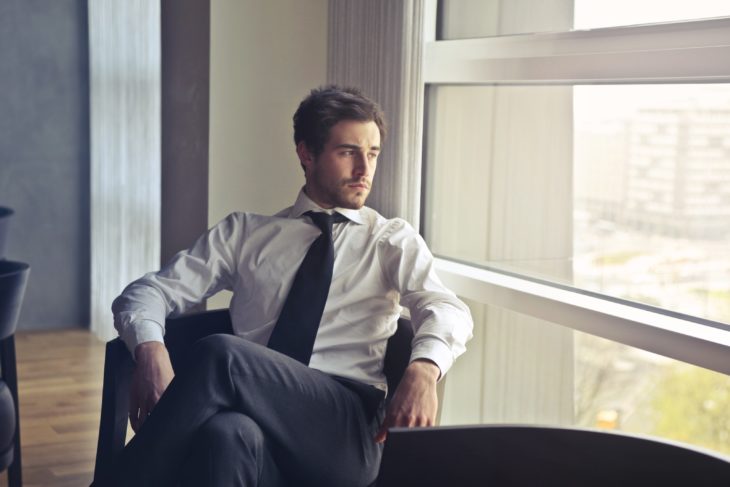 Narcissistic guys excel at laying on the charm. They want to woo you, and win you over — literally. They want to “win” you like an object and own you. As Jessica stressed in her aforementioned post, relationship abuse is about controlling another person. A narcissist will compliment you, and lay it on thick. Too thick. Dr. Martha Stout, author of The Sociopath Next Door, says:

“Compliments are lovely, especially when they are sincere. In contrast, flattery is extreme, and appeals to our egos in unrealistic ways. It is the material of counterfeit charm, and nearly always involves an intent to manipulate. Manipulation through flattery is sometimes innocuous and sometimes sinister. Peek over your massaged ego and remember to suspect flattery.”

If you’re paying attention, you’ll notice this overt flattery right away. Ask anyone who has ever tangled with a narcissist and told you that in hindsight all the red flags were there. They will also tell you that they could see these red flags, but they simply ignored them or rationalized the narcissist’s bad or suspect behavior away. DO NOT DO THIS. The narcissist is relying on you to do this. Your instincts are there to protect you and they are never wrong! If a guy seems “off,” he is! 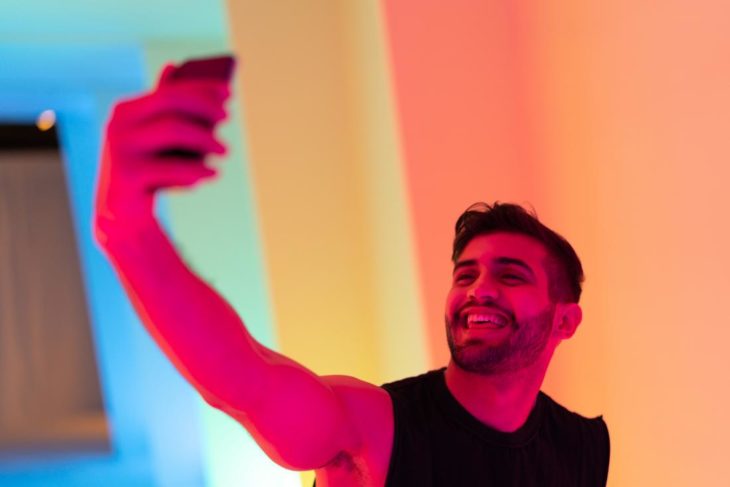 Narcissists love to create a frenzied courtship so that their targets are bowled over with positive emotions and, in their distraction, easily manipulated. This is part of how they get you to trust and become vulnerable to them; that in turn allows them to destroy you emotionally when they stop paying attention to you or start hurting you emotionally or physically. A great example of this co-dependent/narcissist dynamic in pop culture is the whirlwind romance between Anna and Hans in Disney’s “Frozen.” Anna has been neglected throughout childhood, having lost her parents to a shipwreck and her sister to a crippling ice-generating disease. She’s a sucker for the first bit of attention she gets from Hans, the visiting prince. In fact, Hans hardly says anything to Anna but “hello,” and she does all the falling in love for them. Hans merely goes along for the ride. Which brings me to my next point…

3. He will let you do all the talking. 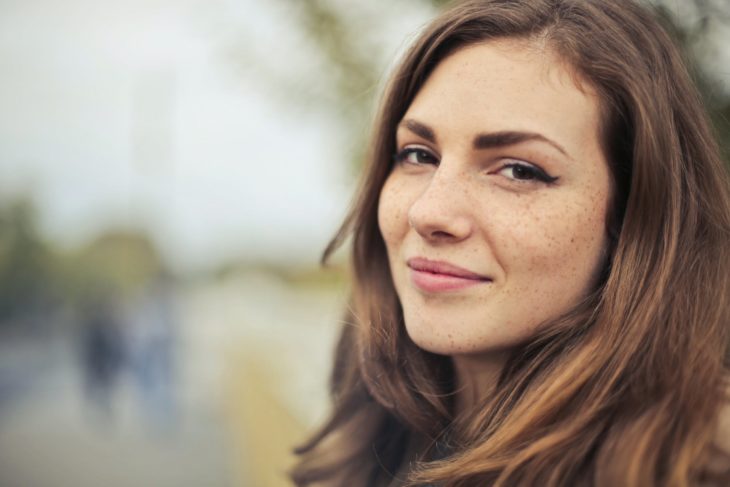 After laying on the initial flattery, a narcissist will let you pour your heart out to him. He will gladly listen to your entire life story, so that he can learn how to exploit your points of weakness and so that you will see him as a comfort and — again — trust him. Perhaps it’s better not to describe this narcissistic relationship tactic as “listening” so much as “data collection.” A narcissist won’t validate your feelings in a meaningful way while he gathers this data from you — and he does just see it as data, not as your genuine life experience. He will just nod and maybe say “mmm-hmm,” (referred to by psychologists as “glazing over”) and then suddenly turn the topic back to him and his interests while you’re in the middle of saying something raw. This is a red flag that ends up being very obvious, but many women ignore it because of the cognitive dissonance created by the fact that the narcissist just showed so much interest seemingly listening. 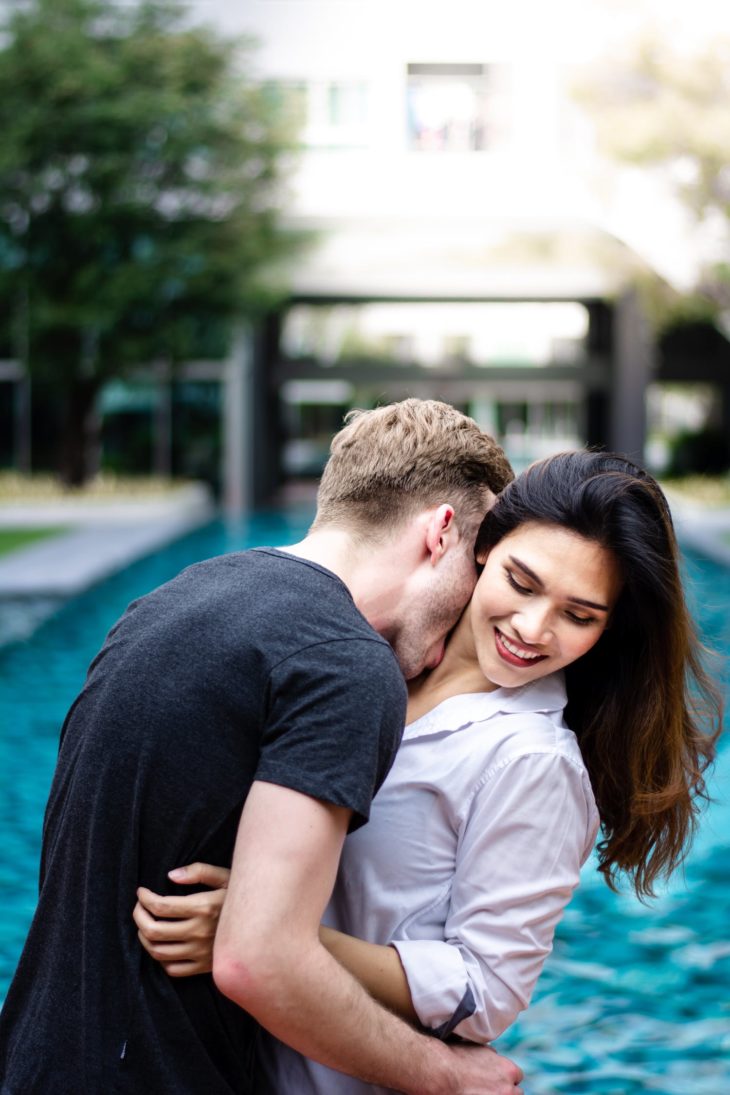 Physically, emotionally, spiritually. As Dr. Stout says, “Intrigue is a sociopath’s tool.” Sociopaths, or men with Anti-Social Personality Disorder, are narcissists of a particular stripe that have trouble feeling or sometimes feel no emotion or remorse, depending on the severity of their condition. Narcissists of any kind love to use intrigue and seduction; Borderline males in particular love to use intense sex as a means of hooking their targets, and they tend to have lots of it, sometimes recklessly. Kristalyn Salters-Pedneault, PhD wrote in a piece for About.com, “In addition to engaging in reckless or impulsive sex, there is evidence that people with BPD are more prone to being sexually promiscuous.” So, if you’re falling in love after talking all night with a really charming guy who just shagged the ish out of you, chances are that you should slow down and look at this relationship more carefully.

Again, these are just a few ways a narcissistic man will behave before you have entered a full-blown relationship with him. Once a narcissist is sure he has trapped you, he will go on to humiliate and abuse you. There are many, many online resources where you can learn more about toxic relationships, co-dependence and narcissism and they’re all just a Google search away. Most of those online resources will cite books you can and should read if you’re concerned about this relationship dynamic keeping you from leading a happy, healthy life.

How to Find Best Shoes at Sneaker Shops?

What to do in case of food poisoning