5 Reasons Not To Default On Your Student Loans

His reasoning boils down to some pretty malodorous narcissism, like that he wasn’t going to be happy going into a lucrative field:

“Self-disgust and lifelong unhappiness, destroying a precious young life — all this is a small price to pay for meeting your student loan obligations.”

Or that he didn’t think it was fair that he should have to work menial jobs and not get famous:

“Maybe I should have stayed at a store called The Wild Pair, where I once had a nice stable job selling shoes after dropping out of the state college because I thought I deserved better, and naïvely tried to turn myself into a professional reader and writer on my own, without a college degree. I’d probably be district manager by now.”

Or that he was disadvantaged because he didn’t have connections:

“I have found, after some decades on this earth, that the road to character is often paved with family money and family connections, not to mention 14 percent effective tax rates on seven-figure incomes.”

Or that he wanted to have a life:

“I chose life. I defaulted on my student loans.”

And that if everyone would just act like Lee Siegel, get a ton of credit cards before their credit tanks, and marry someone with good credit, it would change the world!

“If everyone acted as I did, chaos would result. The entire structure of American higher education would change.” 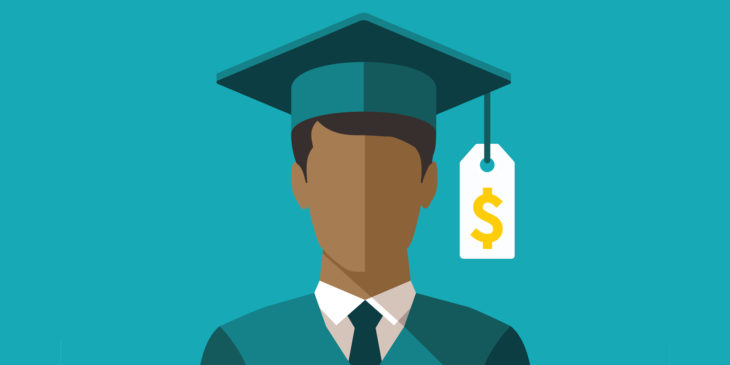 Look, my ideal world, in my head, is leaderless and cooperative. It’s anti-capitalist and there is no government. In my head. In the real world, I currently have $110,000 in student loan debt – about $42,000 in a private loan from Sallie Mae and about $68,000 in federal student loan debt. I qualified for income-based repayments on the federal loans last year, but I won’t this year, and I’m going to have to stop making my $800 payments on the private and start making $400 payments on each, come August.

The private loan started out at $22,000. It doubled in size on interest over the course of the years that I could not pay my balance. For that reason, 95% of the $400 required payments I make every month goes to interest. In other words, I’m paying a capitalist organization for the privilege of waiting until I had a real job to make my payments. On top of that, my federal interest rate is 6.25% – more than four times what the federal government charges giant corporate banks for loans – and that strikes me as supremely unjust. It goes completely against everything I believe is right and useful and productive for humanity.

It’s also been a pain in the ass for me, and will continue to be a pain in my ass. But I’m paying it because the world will fuck you if you don’t pay your loans. Based on my experience, here’s why:

It will ruin your credit, and that’s no small thing. Until I consolidated my federal loans, got on IBR, got a salaried, entry-level job that I like, and started paying on time every month last year, my credit was in the bottom 10% of credit scores because I had no income and tremendous debt. Because of that, I couldn’t get my own apartment at 25 without a cosigner, even though I’d been working and paying taxes on my income for ten years. I couldn’t – and still can’t, with a credit score now just barely in the “average” range – get a line of credit. If I wanted to buy a car or start a business, I’d be SOL, which flies in the face of Siegel’s argument that it’s possible to live precisely the life you want to only if you default on your loans rather than paying them.

It can be an obstacle in your relationships. After Michael and I got engaged, I had to sit him down and run him through my debt so that he knew exactly what he was getting into, because he has none and hasn’t had to worry about it. I told him at the time that if he wanted to call off the engagement, I would understand, because in strictly pragmatic terms, marrying me is not a good move. I’m thrilled that Michael isn’t strictly a pragmatist, but plenty of people are, because we just went through a recession, it’s been hard to find good jobs, and we all feel really protective of our economic situations right now. 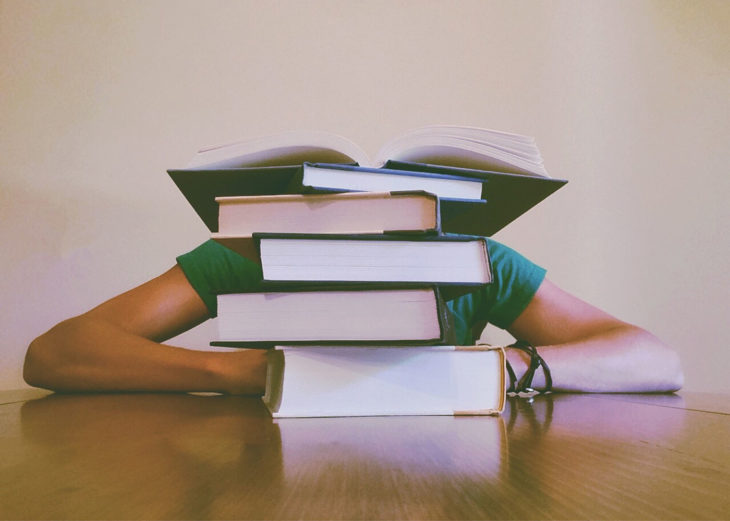 Your pride is less useful than your hard work and your good standing. Siegel got three degrees from Columbia University, regardless of his tale of woe about his class struggles. He implies that he bothered with doing this instead of going to a state university that he could afford – the horror – because he deserved better and wanted to “make it.”

This is not actually an issue of self-respect, it’s an issue of self-image. The idea that it’s OK to go to a college you can’t afford in order to attach its name to your resumé and then just dump your debt, all because you need to have money and connections to make it, is fallacious.

Consider Jerry Saltz: He has no degrees, and he was working as a truck driver in the early 90s. Now, he’s one of America’s most beloved art writers and critics. Not having a degree, or having a degree from a lesser-known college than Columbia University, is not a death sentence for your career. Working your ass off to be good at what you do and doggedly pursuing the things you love is a better guarantee for a good career than either going to a big-name school or not bothering to make your loan payments.

Lee Siegel has advantages that a lot of people don’t. Siegel’s story doesn’t really ring true. He claims he was disadvantaged, but he was able to get loans, he was able to get three degrees from Columbia University, he has had a long career as a culture writer.

What obstacles did he overcome, exactly, to get to the point that at 57 years old, he could look at a generation of 20-somethings whose economic situation and job market he clearly doesn’t understand and tell them, from his secure perch, how to navigate their financial lives, and at that, tell them to do something that could set their financial lives back by years if not decades?

The consequences of having no credit are not just “scare talk,” as he tells his readers; they are very, very real.

All the things Siegel claims will happen to American higher education if you default on your loans are already in the process of happening. I don’t know why people believe that social change happens in an instant. It does not. Siegel claims that if we all default on our loans, schools and the Department of Education will be exposed for their rapaciousness, they’ll be shamed, universities will be forced to lower their tuitions, and we’ll get a new, universal tax that’ll make school accessible to everyone, right away! Hooray!

That’s a really nice hypothetical, but it makes it pretty clear that Siegel didn’t study history or economics at Columbia. Here’s a different hypothetical for what would happen if we all defaulted on our loans: The student loan bubble will burst, we’ll head into a larger recession than the mortgage collapse if not a depression; there will be massive layoffs and job scarcity. Schools, in attempt to save their own skins, will not lower tuition, and banks and the federal government will only extend loans to students whose parents are the strictest standard of credit-worthy, meaning students who come from families with a great deal of economic security, simultaneously entrenching income inequality and making higher education less accessible. 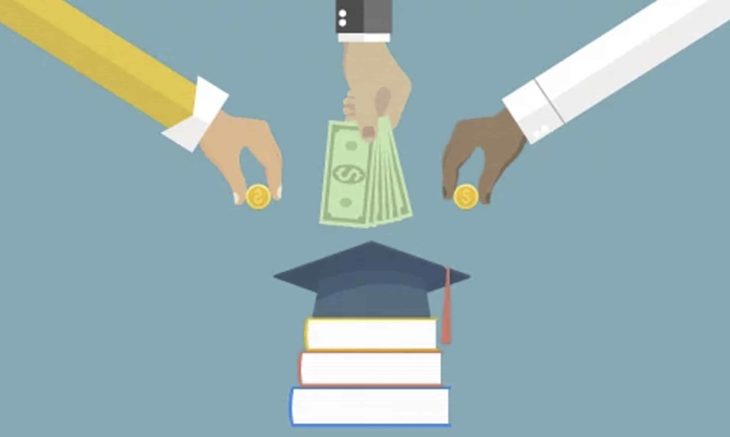 And, absolute worst-case scenario: Consider the fact that our major agricultural state is suffering through a very long drought. Consider the fact that our government has powers of surveillance that are so wide that they can look up the last library book you checked out and are keeping logs of your phone calls. Consider the fact that there is a tremendous amount of tension right now between our law enforcement agencies and the communities they police. Adding a depression onto those conditions has historically resulted in widespread violence, starvation, and in some cases, the rise of totalitarian governments. Absolute, worst-case scenario.

I might be paranoid, or I might just have extensively studied economic and revolutionary history, and especially the history of fascism, but that is precisely why I pay my loans. I am anti-capitalist, I am anti-government, but I know how the cookie tends to crumble, and I’m willing to be a cooperative member of society who pays her bills and taxes on time because social and political and economic instability tends to make life worse for the people who are already the worst off, and I don’t want that.

But the fact is also that we’re already having a wide conversation about the accessibility of education in America. Siegel’s op-ed itself demonstrates that. Elizabeth Warren is making her entire political career on fighting for students and consumers.

We know that debt collectors are rapacious. We know the interest rate on federal student loans is unethical. We know that tuition is unaffordably high. We’re talking about it. We’re trying to find solutions. Like I said, change is slow, but it’s happening. Setting your credit rating on fire to make a political statement or in a desperate attempt to change the whole way our society functions will only make your life worse – and it will make your life worse.

Dear Wendy: “My Boyfriend Takes Issue With My Weight”

Exploring The Truth Of Gambling

Is Online Betting Legal In Illinois In 2021?