There are two things wrong with my face. One, my right eye is bigger than my left. Two, I’m constantly dealing with scars from the cystic acne that I can’t ward off with an army of lotions, potions, and crystals. The age-old question — how to get rid of acne? — is one I’ve been asking in front of mirrors since I got my first cyst, just like an upcoming plot twist on Fuller House, right before the middle school homecoming dance. I don’t promise you’ll never feel the dull ache of a jawline cyst again, but there are ways to handle it. Let’s see what we can do: 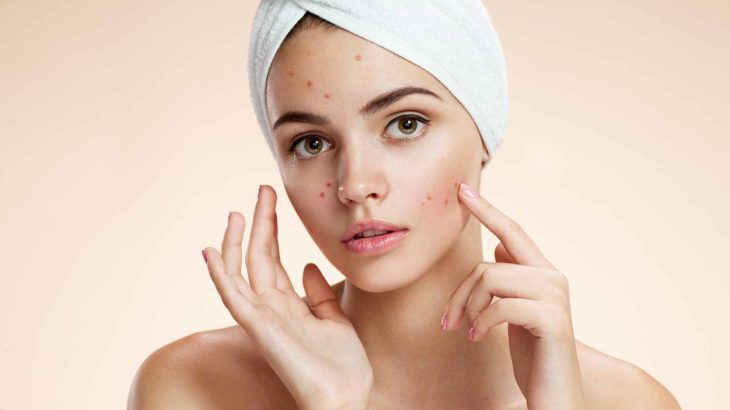 What is cystic acne?

Hard, red bumps under the skin that are often painful are a type of acne called cystic, short for cystematically ruining my life, because they tend to be trickier to get rid of than whiteheads or blackheads. They’re often caused by hormones which leads to oily skin. They tend to appear on jawlines and sides of the nose.

How can I treat cystic acne?

Because bumps are under the skin, surface level treatments aren’t as effective for cystic breakouts. To shrink cysts that have already shown up, talk to your dermatologist about a spot treatment with benzoyl peroxide. If it’s too late to get to the doctor, pick up a treatment specifically for cysts like Mario Badescu Buffering Lotion or Clearasil Ultra Rapid Vanishing Treatment Cream.

If you need a quick fix for a big event, a dermatologist-administered cortisone shot is your best bet to get rid of a cyst within 24 hours. Be cautioned that a shot typically costs in the multiple hundreds of dollars depending on where you’re located — and side effects can include a reverse indent on your face — so be sure you’re exhausted every other option first.

Don’t pick or pop! Cysts are under the skin and there’s nothing — I said nothing, so stop trying — to pop. Ice can help bring down redness, not to mention give you something to do with your hands. 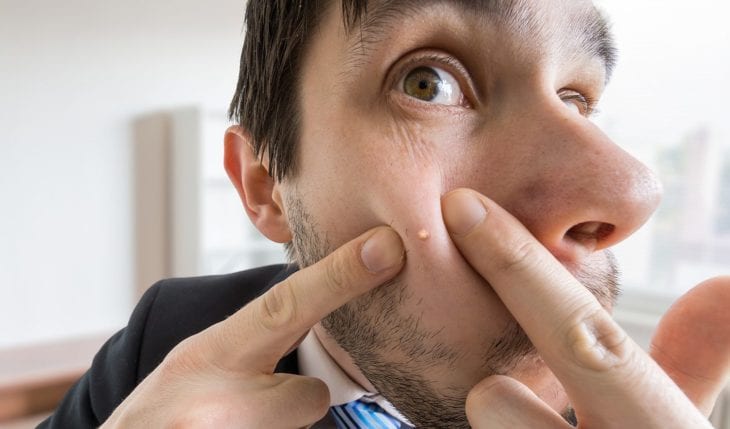 How can I prevent cystic breakouts?

Wash your face twice daily with a salicylic acid cleanser (something like ClarityMD’s Deep Pore Cleanser) to gently clear and exfoliate your skin.

Find a topical treatment, likely one with a benzyl peroxide base, that works for you so you can treat breakouts the moment you feel them coming on.

Easier said than done: Stop worrying about it! Cortisol, the stress hormone, is what causes the oiliness that leads to breakouts. Drink water, exercise, have a nice life.

How to Deal With Ingrown Hair?