If you haven’t had a chance to watch Sundance Channel’s “Push Girls”, a series about four paralyzed women living in Los Angeles, you should probably do that right away. It’s riveting to hear these women talk so candidly about their experiences being wheelchair bound. You get to follow them through their lives, loves and personal struggles as they explore new romances and their sexuality.  Because viewers have been so curious about these ladies’ sex lives, author Paula Froelich wrote a “Push Girls” sex guide based on insider info form Tiphany, Mia, Auti and Angela. After the jump, from using protection to having sex in a Hoyer Lift to some myths and mysteries about having sex with disabilities that the “Push Girls” want to dispel. 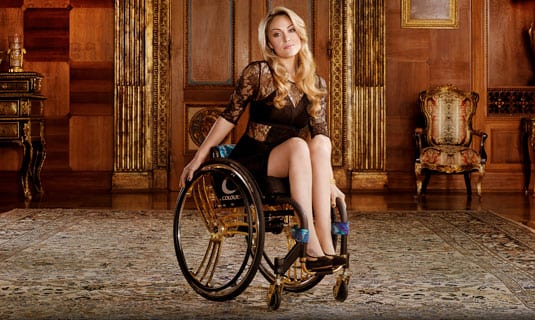 “You gotta think of sensation. For quadriplegics, the breast up is very heightened and sensitive so I like a lot of kissing around the neck.” — Angela

“It’s like when people become visually impaired and their smells and other senses become heightened. It’s like that with us – we just lost sensation in a different area.” — Auti

On the best positions for them:

“I like it from the back with my hips pulled up.There’s more sensation.” — Auti

“I love it when they’re so close with you – right there, connected. or also from behind but it doesn’t have to be doggy style – it can be on your side and they’re right up on you, grabbing your breasts or your hip.” — Angela

“A Hoyer Lift looks like a sex swing, but it’s not. They are not comfortable at all, they cut into your legs. If someone wants to send [a custom sex swing] our way, we could probably test it out!” — Angela 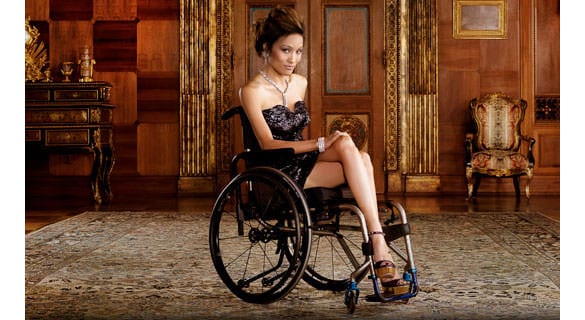 On being more limber because they can’t feel their legs:

“You want to know if we are more limber because we can’t feel our legs which is so not true. I was a dancer prior to the accident so I was very limber and able to put my legs behind my head. Had I not been limber then there would be no way I could do that. I know some girls in chairs who can’t kick their legs over their heads.” — Auti

“So, you’ve just thrown your ‘Push Girls’ legs up, had some wild crazy monkey sex and you head off to the bathroom to clean up … There’s some stuff that’s unique to ‘Push Girls’ that you need to know – like PUT THE LEGS BACK. No, not the table legs – the legs, legs.” — All

“Most guys who are with us for the first time don’t want to ‘break’ us again, so they’re really delicate. They think we’re fragile – so we have to be like, ‘No, dude – watch what I can do,’ and then they’re like, ‘Oh, okay. I got it from here.’” — Auti

“[I] can get pregnant just like the rest of you ladies. And, even though [I’m] trying for a baby, [I] always took precautions to make sure [I] didn’t have one accidentally. I’ve tried birth control pills and they made me sick. So my birth control methods are definitely condoms. Celibacy was my best method.” — Auti

“I’ve never used pills because I’m very holistic. Anything that stops your period flow is wrong – so I’ve always counted my ovulation or used condoms.” — Angela

You can catch more of “Push Girls” every Monday at 10 p.m. on the Sundance Channel.