7 Rules Of Engagement For A Friendship Breakup

Not all friendships work out. We all can’t be the sisterhood of the traveling pants, okay? Sometimes somebody (with bad taste) just decides you suck. If you’re fortunate, a friendship fizzles out slowly and imperceptibly, without any awkward requests to get that cardigan back. If you’re not-so-fortunate, your friendship is going to end in either one or a series of small confrontations. We can’t avoid breaking up with our friends or getting friend-dumped. But we can apply some rules of engagement so it’s not a complete and utter shitshow, like many a romantic breakup.

Allow me to add an honorary attachment to the Girl Code (although this certainly applies to male friends, too):

There is nothing more frustrating (to humanity in general and friendships in particular) than an inability to say “oops, I goofed.” Admitting a mistake — or worse, a series of mistakes that have become a pattern — is a really hard thing to confess. It’s obvious why:  no one wants to think of herself as two-faced, unreliable, or whatever it is the mistake might be. Alas, part of being an adult is owning up to our mistakes. Denying mistakes is not only shitty to your friend (let’s not gaslight people, okay?), but it makes you look like you’re in denial. And I don’t think I need to tell you that denial is not a good look on anyone.

Action Item: Be humble enough to admit you did something wrong.

Real, sincere apologies seem rare these days. Some people just can’t admit mistakes in the first place (see #1), but I also think taking ownership of other people’s hurt feelings/injury tends to be seen as a weakness. There’s an arrogance in deciding that someone else’s injury is less important than your pride. It’s a lot easier to make an “I’m sorry you were offended” non-apology than to be humble about how you’ve harmed someone. Which is a shame, because apologies don’t need to be grandiose or hugely dramatic to be effective. Even the acknowledgment of regret can really go a long way.

Action item: Don’t look at apologizing as someone else having the upper hand. Be able to say “I’m sorry for ___” directly.

3. Thou shalt ground thy grievances in reality.

As the police say in old time-y movies, “Let’s just stick to the facts, ma’am.” It doesn’t do any good to be angry about something you assume happened, even if it seems like a logical guess to you. I know it’s tempting to think up reasons why other people behave the way they do; I also know how it feels to have motives be completely misread. Part of being a kind person is giving others the benefit of the doubt. You owe it to your friends to get the facts first before being upset about something.

Action item: Resist the urge to create an explanation for why someone else behaves the way she does. Remember your assumptions may not actually be grounded in reality.

4. Thou shalt show compassion (even if the friend is behaving badly).

Seeing people as victims of their struggles isn’t our first inclination when we feel hurt, angry or sad. But remember that old saying, “Hurt people hurt”? It’s true. It used to be difficult for me to see why a person couldn’t just magically rise above his or her shit. Then I had a huge a-ha moment a few years ago when I realized that everyone — every single one of my friends  — had some kind of “issue” in his or her life. Once I fully understood that everyone has their shit to deal with, it got easier to be compassionate towards them all.

Action item: Remember that someone who hurts you has probably been badly before hurt herself. 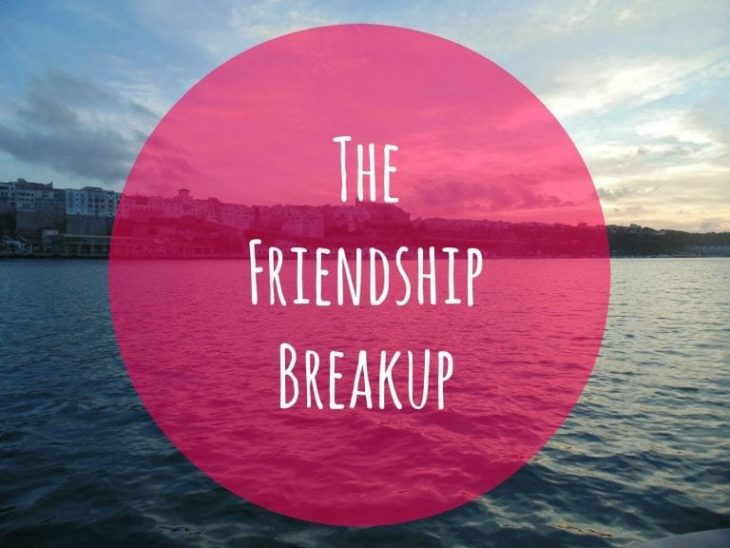 5. Thou shalt not project.

Here is a definition of “projection” from Psych Central:

In other words, the projection is when you accuse someone of dirty deeds that are actually describing how you feel about yourself. A projection might Friend A getting angry at Friend B  and telling her “You think I’m a failure!” when that’s not how Friend B feels at all.  In fact, the accusation is just Friend A’s own insecurity speaking. Annoyingly, the projection is a pretty common thing people do in a conflict, especially if they haven’t taken a good look at their own issues in awhile. Projecting can really muddy up a conflict because instead of addressing the actual issue at hand, people end up addressing the insecurity within the accusation.

Action item: Work on knowing how you feel about yourself and your insecurities. Before you make accusations, think about whether this is a true statement about the other person … or whether it actually says more about you.

6. Thou shalt not bring up old grievances that thou claimed to be over.

Dredging up years-old old shit to make a point today is not fair. Yes, I’m sure it was annoying that time back in college when he drank too much and barfed all over the floor of your car. But college was 10 years ago. If it’s water under the bridge, how about you just let it stay there? Some things become patterns of behavior that continue into the future and it’s relevant to point them out if they serve a purpose today. But old grievances that were put to bed long ago are not appropriate “ammunition” for today. Yeah, I just mixed a couple of metaphors. What of it?

Action item: Tempting as it may be, just stick to the current issue at hand.

7. Thou shalt not get other people involved.

When a friend is acting wack — especially when there’s a big, juicy story involved — it can feel reeeeeally cathartic to gossip with mutual friends. Human nature compels us to want to validate our experiences so we can be sure we’re not crazy. But there’s a big difference between discreetly confirming ‘You were there, I didn’t have a snotty tone when I said that, right?’ and blabbing someone’s business all over town. You do the former to take stock of a situation; you do the latter in order to incriminate/humiliate her. It’s especially poisonous to think we can drag other friends into our drama and get them on “our side.” Spoiler alert: this is going to backfire BADLY. (Your friends have probably already chosen sides in their minds, anyway.) 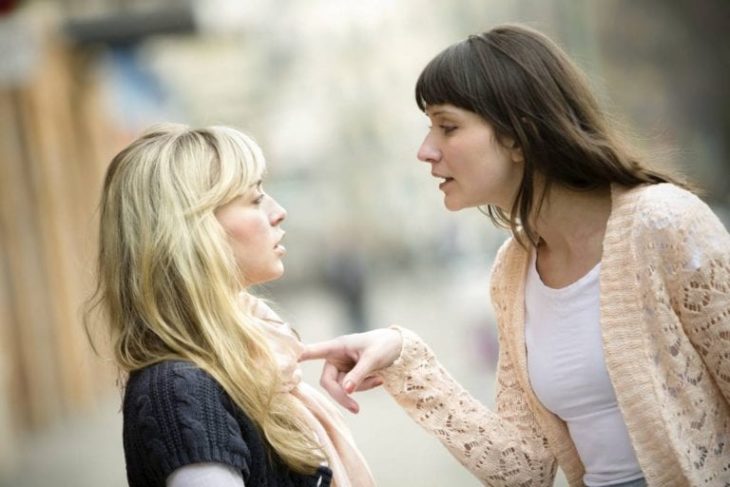 Action item: Realize that gossip just makes YOU look bad. Don’t ask friends to choose sides.  If you are asked what happened, be diplomatic: “We grew apart” is a good excuse.

[Image of friends fighting via Shutterstock]

Study Claims A Big Wedding Leads To A Happier Marriage