An Open Letter To The Loud Sneezer In My “Office”

Dear Loud Sneezer In My Office,

How are you? Good, I hope. I just wanted to bring something to your attention. Every time you sneeze, the air is momentarily sucked out of the office, and we are swallowed into your black hole of sound. Okay, so the “office” is a coffee shop and you and I just happen to use it every day as our home away from home; you’re doing whatever — a screenplay maybe? — while I’m plugging away on my freelance writing gigs. Or I’m trying to — but that SNEEZING! It’s so loud, my nervous system stops. I am startled to the point of duck and cover. When 99.9 percent of people in the world sneeze, I say “bless you” and move on with my life. But when you sneeze, I involuntarily shout out the word “NO!” Intellectually, I understand that you are performing a natural bodily function, but irrationally, I don’t understand. I say “NO!” because I am in shock. In shock that a human sneeze could be that loud. I’ve tried putting my headphones on, listening to Queen at top volume. I still hear you. Your bark sneezes cut through the noise like a sonic boom. There is only one solution, Loud Sneezer: You must lower the volume of your sneezes. (Or I must find another coffee shop/office to work, but really, I’d rather not. The scones here are good.) 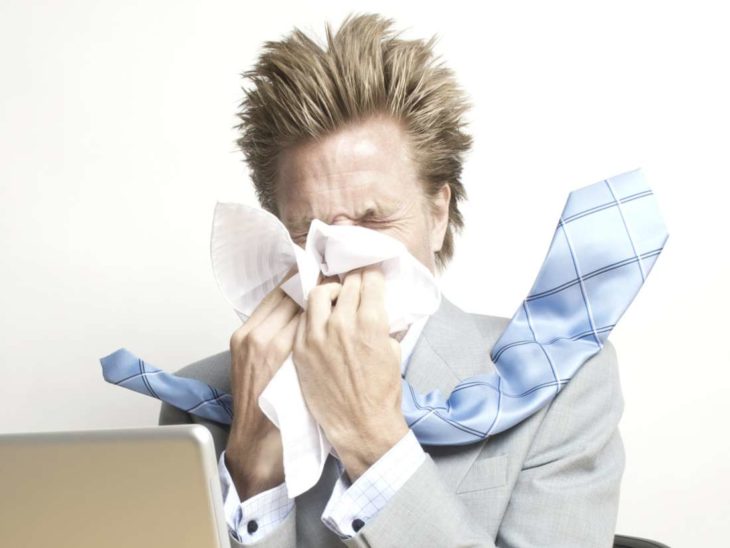 I took the liberty of doing a little research for you, Loud Sneezer! There is hope for you — for both of us. I found an article in The Wall Street Journal about how to lower the volume of a sneeze. I am informed that some sneezers are louder than others because they use more muscles when sneezing, creating a more “violent sneeze response.” You must be one of those people. In order to silence your “violent sneeze response,” it is recommended that you do the following:

1. Use a thick handkerchief instead of a tissue to muffle the sound.

2. Hold your breath right before the onset of a sneeze to interrupt the body’s coordinated reflex.

3. Cough simultaneously as you sneeze to lessens the sneeze reflex while decreasing the volume.

4. Clench your teeth and jaw to suppresses the sound, but keep your lips open to prevent air-pressure buildup.

5. Put your index finger at the base of your nose and push up slightly to reduce its severity.

With all due respect … PLEASE. I politely beg that you take the steps listed above to try to eradicate your violent sneeze response, and in doing so, eradicate the fear of your fellow co-workers/coffee shop patrons. I really don’t want to have to start working at Starbucks.

6 Ways To Maximize Your Suitcase Space