Anyone can inherit a family business, but few can keep its traditions alive and find new ways to make it thrive. Antonio Paone, the President of the US branch of Kiton and CEO of Sartorio Napoli, is one of those few.

Kiton is an Italian luxury clothing brand that has been in operation for over half a century and is one of the most chic and well-known names in Neapolitan design. It was founded by his uncle Ciro Paone, one of the most beloved figures in the fashion world.

Sartorio Napoli is a Milan-based fashion brand that produces handcrafted, quality tailored clothing. The brand features elegantly made clothing items, including top-quality blazers, premium shoes, and many more items and accessories made with the highest level of skill.

Both of these businesses demonstrate the driving force in Antonio’s life: his passion for high-end fashion. With his unmatched style and deep dedication to his craft, Antonio has kept the traditions that his uncle Ciro used to put Kiton on the map alive and well. Even more, he has added his own unique approach and flavor to elevate Kiton and Sartorio Napoli to new heights. 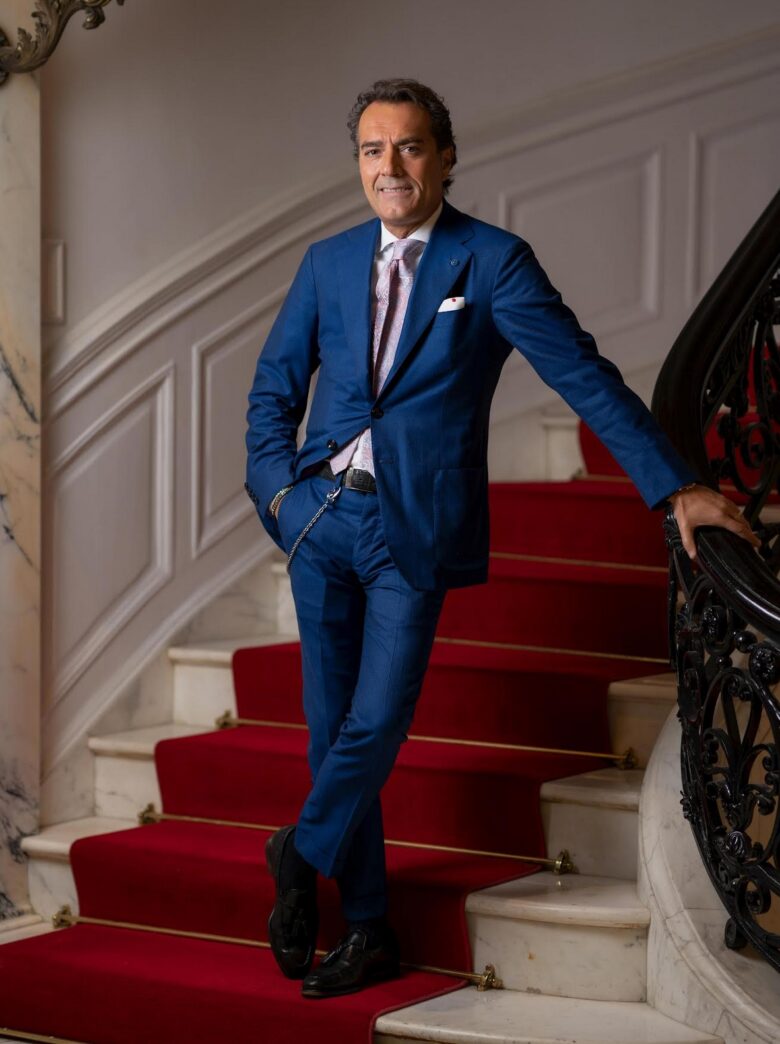 Carrying on A Legendary Legacy

Just over a year ago the fashion world lost an icon. Ciro Paone, the founder of Kiton, had been regarded as the “Father of Sartorial Fashion” and was a legend in his home country of Italy and around the globe. Ciro paved the path for Neapolitan fashion to dominate the luxury fashion industry. From 1968 until his passing on October 27, 2021, Ciro poured his soul out into the brand and kept the Sartorial tradition alive.

Thankfully, Ciro passed his secrets down the family line and his legacy is carried on by his family. Kiton is now managed by his daughters Raffaella and Giovanna, and the American branch of the business is operated by Antonio. Along with the secrets, skills, and traditions that Ciro was able to teach his family, it’s clear that his love and passion for his craft found its way to his nephew Antonio.

Born Into a Life of Fashion

Fashion is and always has been in Antonio Paone’s blood, just like it was for his uncle. He was born in 1972 in Naples and quickly was surrounded by the Italian Sartorial traditions that Ciro and the rest of the family were immersed in. His father was involved in an embroidery business and his uncle Ciro of course was at the helm of Kiton. With such wonderful influences in his life, Antonio developed a unique sense of style embedded in the beauty that is the Italian sartorial tradition.

It didn’t take long for Antonio to get involved in the family business himself. Antonio has always been one to embrace hard work, and that’s exactly what he did when he had the chance to work for Kiton. He started off driving trucks for his uncle and eventually began traveling throughout Europe in search of high-end fabrics to keep up with Kiton’s new designs. He learned the ins and out of the business and the sacrifices that it took to get his uncle’s brand to such a high level. 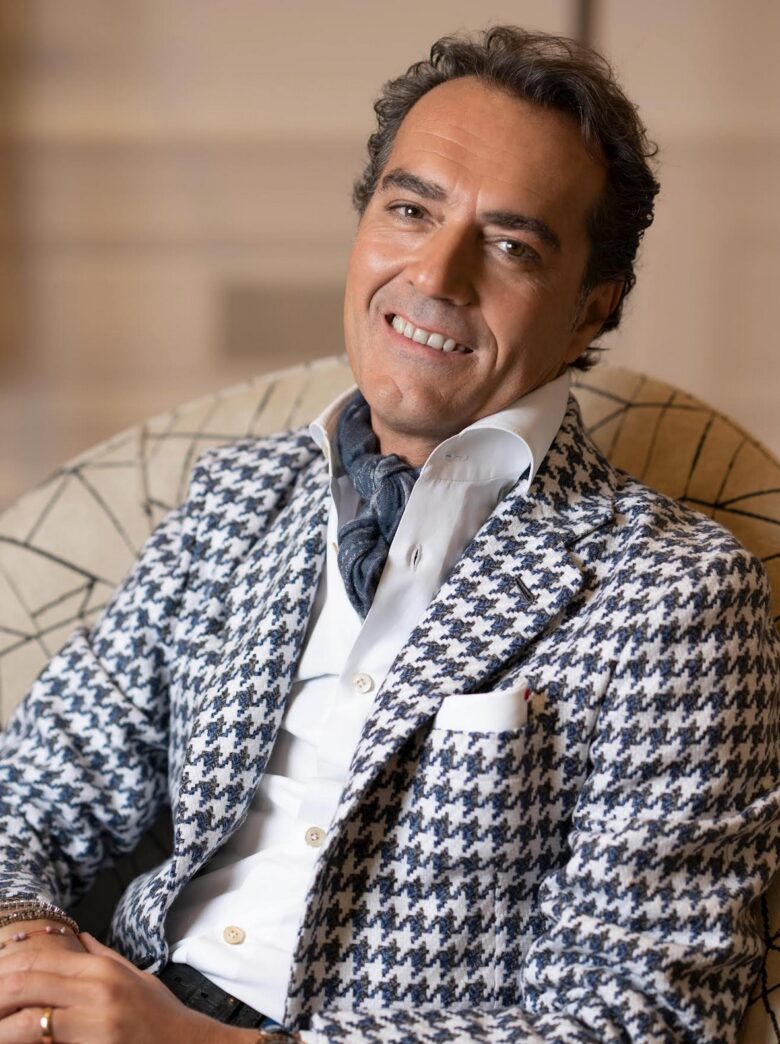 His Passion for Luxurious Fashion Is as Strong as Ever

Luxurious fashion has been a huge part of Antonio Paone’s life since he was a young boy, but that flame of passion continues to burn today as much as it did when he was just getting started at Kiton. He’s constantly traveling back and forth between Naples (Kiton’s headquarters) and New York (the American headquarters for Kiton) to ensure that the American side of the brand is living up to the high standard set by his uncle.

With Antonio at the head of Kiton’s American branch, the company continues to grow. Under his leadership, Kiton has expanded throughout the US and even to newer markets such as India and China. This past July, the fashion hub that is Madison Avenue welcomed a new Kiton store. Altogether, Kiton has remained a dominant force in the fashion industry with over 50 stores across the globe.

With the excellence and success of Kiton, Antonio was able to take on another leadership position at Sartorio Napoli. The brand focuses on maintaining tradition while also having a distinct and modern look. Sartorio currently has two stores, one in Milan and the other in Vienna, but Antonio is hard at work to ensure that the brand follows in Kiton’s footsteps and makes it to the US.

Even with years in the fashion business, Antonio remains as motivated as ever. Part of this can be attributed to his philosophy that luxury is more about just a brand. To Antonio, luxury is a lifestyle. He believes that his clothing is the way for him to express himself, and when someone purchases a piece from either Kiton or Sartorio, he wants them to feel the same way.

No matter where you find Antonio, he is always seen wearing a clean and stylish suit from one of his brands. He also dons some of the finest shoes and watches you’ll ever see. This is all by design. Antonio lives and breathes luxurious fashion, and he knows that his clients are the same way. He knows that when they wear his clothing, they can express themselves fully as well and it isn’t just because of the name, but rather the energy and skill put into each piece. 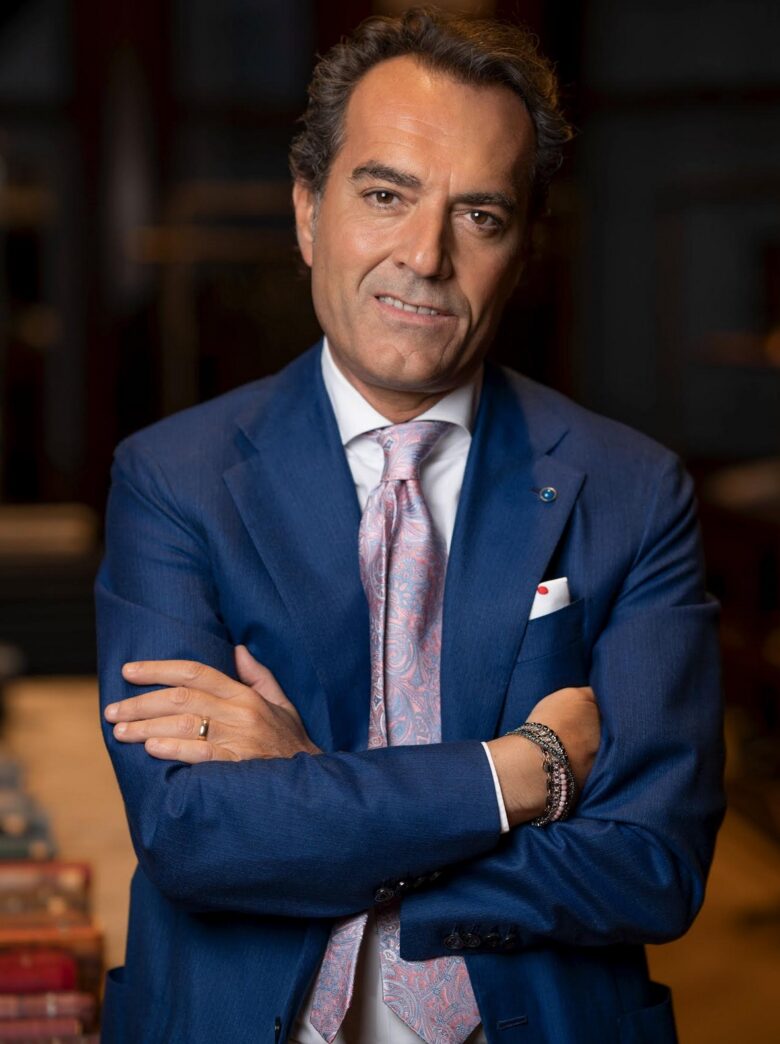 The Best Is Yet to Come

With all the elegance and beauty that Kiton and Sartorio Napoli have brought to the fashion world, it is safe to say Antonio Paone has mastered his craft. He has maintained the traditions set in place by his uncle and is only making things better and more fashionable with his hard work and being in tune with his customers. Certainly, the best is yet to come for Antonio and his high-end brands.

8 Natural Items You Can’t Live Without