Are the former Hollywood power couple Brad Pitt and Angelina Jolie fighting about Shiloh’s choice to dressing clothes for boys?

There was a new report that claimed how Brad Pitt and Angelina Jolie are fighting over Shiloh, more precisely her choice to wear clothes for boys. This story is of course fake, as it comes from a gossip tabloid famous for their falsehoods.

As Woman’s Day Australia reported, Jolie and Pitt are in a feud because Shiloh is wearing “boys’ clothes.” The often-discredited magazine says her clothing style is a “source of tension” between her parents. Of course, they claim that an “insider” says Shiloh has the most “trouble” to deal with the divorce of their parents out of all kids. In addition, the questionable “source” adds that Shiloh wishes to “repair her relationship with Brad,” but the actor finds it hard to accept her “desire to dress like a boy.” The anonymous tipster continues with saying that even though Pitt sometimes looks like a “hippie”, he still values from being “raised in an ultra-conservative Baptist family in the American Midwest.” In reality, Brad Pitt is very open-minded and supportive of his children, including Shiloh. In addition, Pitt is a known atheist now.

The untrustworthy magazine ended the manufactured tale by saying that his “refusal to accept Shiloh’s wardrobe choices” might be the thing that “turned Charlize Theron off… after their fling”, asshe recently spoke about her older daughter being transgender. The alleged source ends by saying, “If Brad has an issue with Shiloh, Charlize would find it unacceptable in a romantic partner.”

Of course, none of this is true, as the magazine is known for shamelessly attacking and making up stories about the former couple and their children. They recently mentioned also reported a while back that Pitt and Theron were engaged, and that “Shiloh helped pick the ring” because the young girl “loves Charlize”. Then in February, they said Pitt and Theron plan on moving in together. 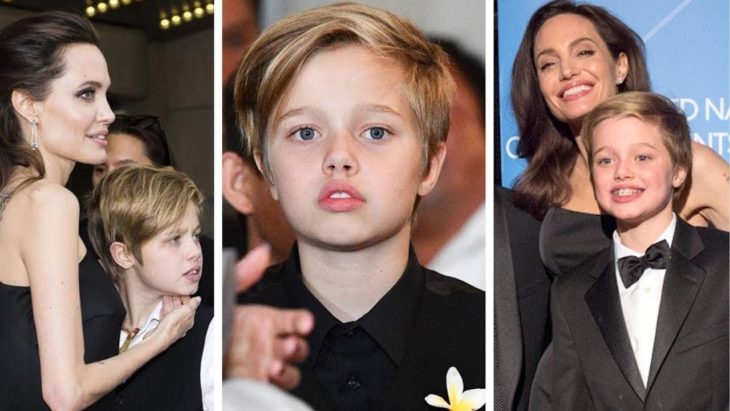 The outlet has many untrue stories, which often contradict one another. In addition, they seem to forget that Theron herself revealed recently that she has been “single for 10 years.”

Lastly, do not forget the many made-up stories about Brad Pitt and Jennifer Aniston, again backed up by alleged “insiders” and “sources” close to the people involved.

The truth after all of these claims is that Pitt and Jolie are not at all fighting over how their daughter Shiloh dresses. As a matter of fact, both of them love her unconditionally.

Is There a Feud Between Taylor Swift and Ariana Grande?