The US first showed interest in her when she started dating the late chef and travel show host Anthony Bourdain. She was also one of the accusers of Hollywood mogul Harvey Weinstein, stating that he sexually assaulted her in 1997.

But there is more than this to Asia Argento. Here are things you maybe didn’t know about the actress. 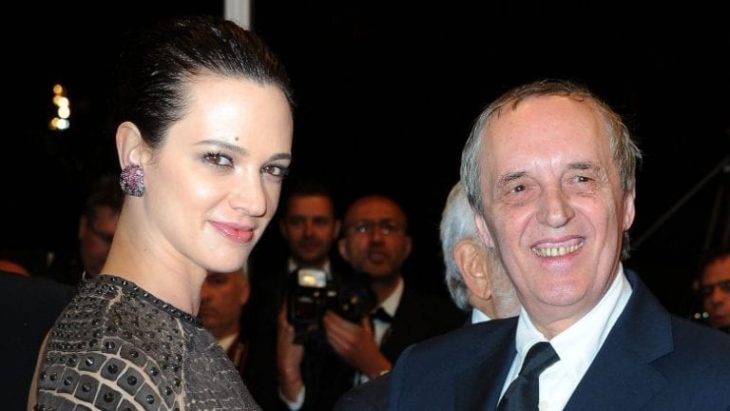 Her mother is an actress too, Daria Nicolodi, and her father is Dario Argento. She said that she didn’t have any close relationship to her father, they only interacted on the set of his movies. Argento shared with Filmmaker Magazine, “I never acted out of ambition; I acted to gain my father’s attention. It took a long time for him to notice me. … And he only became my father when he was my director.” Even after that, it was a strange relationship, as her characters in his films were, according to The Guardian, “undressed, raped and generally psychologically traumatized on screen.” Asia Argento said to Rolling Stone that she and her father only talked about the roles she was playing on professional terms. “We don’t speak about these things. We speak almost only about cinema, especially about silent movies, with which we have this mutual obsession.” She explained called her childhood “disgusting,” and revealed, “But I always had this feeling of never being a part of anything, not even of my family. My parents forgot about me. I did everything I could to get their attention.” 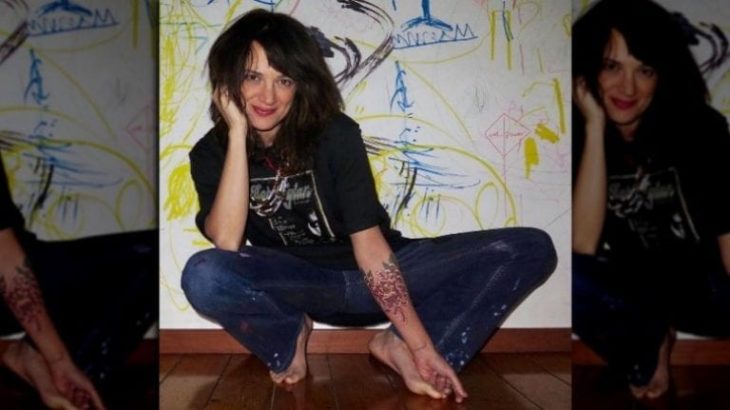 Rolling Stone stated that her “talents” are “alarmingly broad.” “She writes novels and short stories, paints, sings in bands, directs movies and documentaries, wins Italian versions of the Oscar … and can speculate with more than coffeehouse intelligence on excess, God and redemption,” the magazine wrote. That was in 2002 before she even published her first full-length album that Force Exposure characterized as “poetically direct, vital and glowing, between dream and madness.” Of her album, she explained to Force Exposure, “I’m a poet and it’s not really a message, it’s the urge of communicating with people who I don’t want necessarily to have a dinner or a glass of wine with but I know that for me it’s important and it might be for them too.” 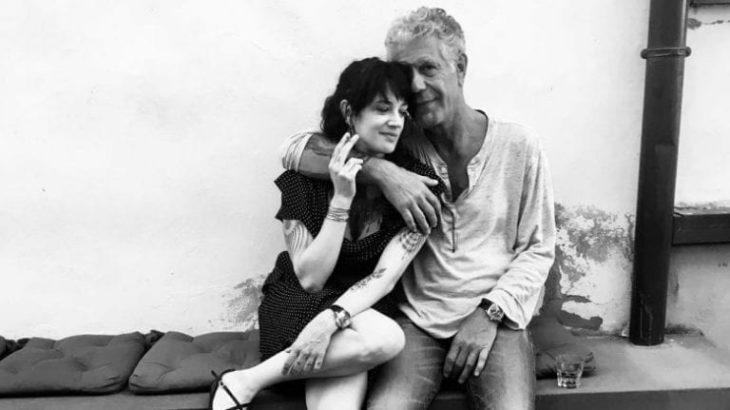 Asia Argento and the late travel show host, Anthony Bourdain went public in May 2017. They shared the same picture each on their own Instagram account, and Argento captioned the picture with “#PerfectMoment.” They met when she took apart on an episode of his CNN show, Parts Unknown, which took place in her Rome, her hometown. Bourdain committed suicide in a hotel room in Strasbourg, France on June 8, 2018, and many tabloids claimed how Argento’s infidelity had something to do with that. Rose McGowan, a friend of the couple, revealed to People that Argento and Bourdain were “free birds,” saying they “loved without borders of traditional relationships, and they established the parameters of their relationship early on.” Argento wrote in her remembrance post of Bourdain, “He was my love, my rock, my protector. I am beyond devastated…” 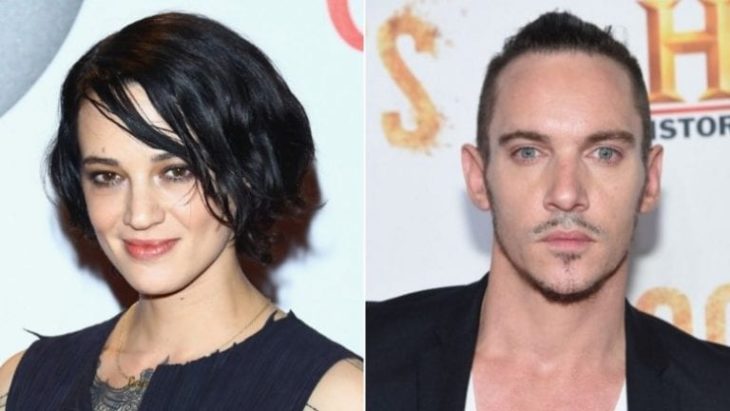 Commenting on her dalliances with her screen partners as “the most boring affairs,” Argento also revealed, “It’s okay while you’re shooting the film, especially if you’re on location. You’re tired, you’re stuck with these people. But I would never be able to spend time with them outside the set.”  Then she called out few people, commenting “Johnny Rhys Meyers” as a “dull lover,” and complaining that “he was always talking about what he did in his last film, or what he was going to do in the next one. … He could be much better.” 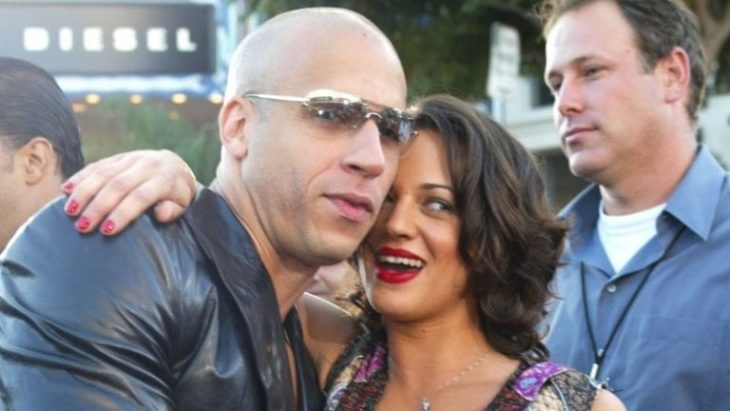 She has two daughters, Anna with Italian singer Morgan, and Nicola with ex-husband Michele Civetta. 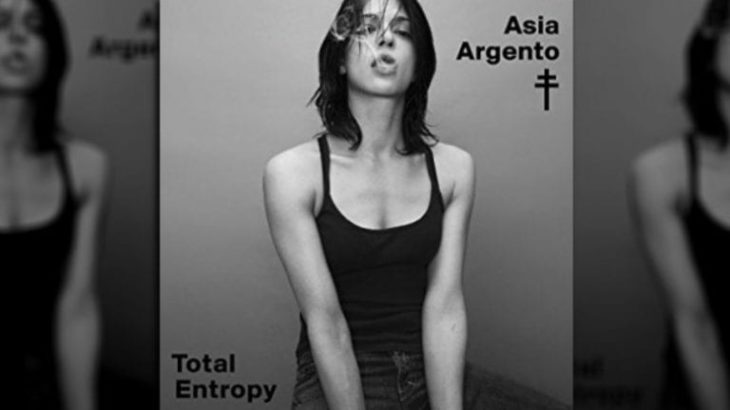 Forced Exposure stated how her album Total Entropy from 2013 is a “collage of tracks from different places, using different musicians and producers, sessions, styles,” the result of a 12-year endeavor that started with Argento’s “obsession” with a broad range of genres. “I like all sorts of music except s**t, I do not like s**t or incompetent people,” she said. But, as for CDs, Argento said, “I don’t know about you but I throw them around like Frisbees.” She is a vinyl collector. She revealed how she has three turntables at home. She is also a DJ, and during a weekly “kids day” at her house, she DJs for “12 kids at a time.” She said, “It’s a pretty good way to manipulate young egg-shell minds.” 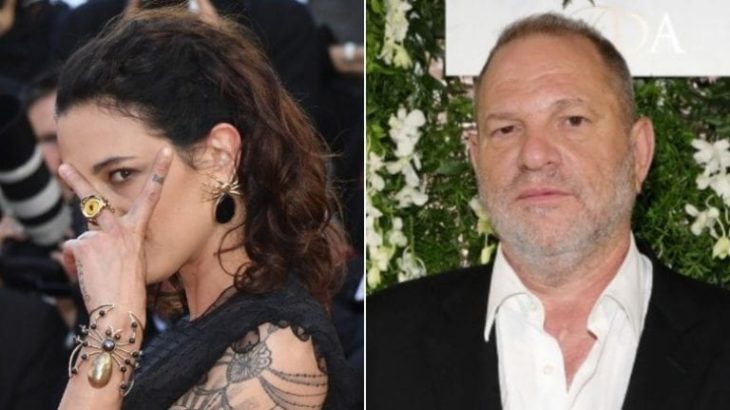 Asia Argento accused Harvey Weinstein in October 2017 for sexual harassment. She said that during the Cannes Film Festival in 1997 she went to a supposed party at his hotel room, which turned out to be just for her. Weinstein was waiting for her alone, and she declared how he offered her a massage, then attacked her. She also declared that for years after the assault, she had consensual, but forced “sexual relations” with Weinstein out of what she believed was a professional necessity. Argento made her first movie, Scarlet Diva, in which she also starred, and in the movie, there is a scene where the main character (who she plays) is offered and pursued by a movie producer but escapes without being attacked. When the movie re-released 18 years later, Argento revealed to Rolling Stone that more than 80 women joined her in accusing Weinstein of numerous patterns of the sexual offense, Argento said many people instantly noticed the character in her movie. “I was asked many times, ‘Is that Harvey Weinstein?'” she told the magazine, continuing, “I thought this had happened only to me. The cream, the massage, the room, the tricks — I didn’t know this was Weinstein’s modus operandi.” 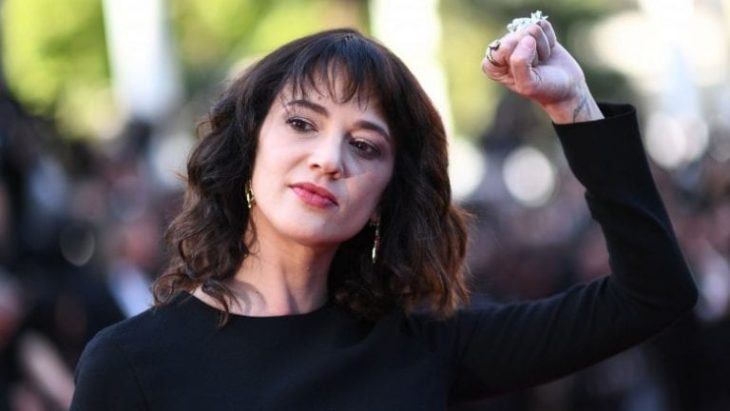 The #MeToo movement quickly established itself after the Weinstein accusations.  Not only were other powerful men, like former Today anchor Matt Lauer, director Brett Ratner, and comedian Louis C.K. also involved in sexual misconduct, but men and women from all positions in life openly revealed their tales of victimization.

Speaking with Rolling Stone, Argento said that after she attacked Weinstein of sexual assault, the Italian press came after her, “saying I’m a prostitute every day for months on TV, on the first page of newspapers.” She also declared she had to “sue 15 people” over the alleged slander. The Telegraph even stated that an Italian politician said, “I have the feeling that he was actually assaulted by her.” Argento moved to Germany to leave the negative coverage. “Italy is far behind the rest of the world in its view of women,” she told The Telegraph. “…I’ll come back when things improve to fight alongside all the other women.” 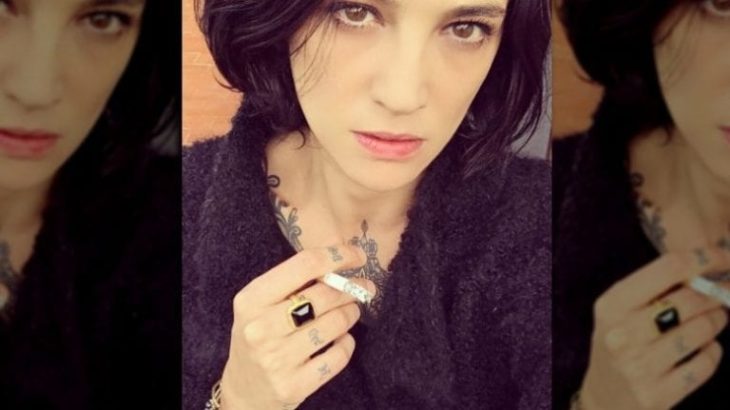 Talking with Forced Exposure, she said, “I need to smoke, I tried quitting smoking but it’s part of me.” She started smoking when she was only 9 years old. “No you cannot take this away from me, never!” she stated. “Maybe one day I’ll be disgusted I don’t know but for now do not take away my cigarettes.” She even admitted to hiding a few drags in an airport bathroom, a performance she characterized as “very gangster.” 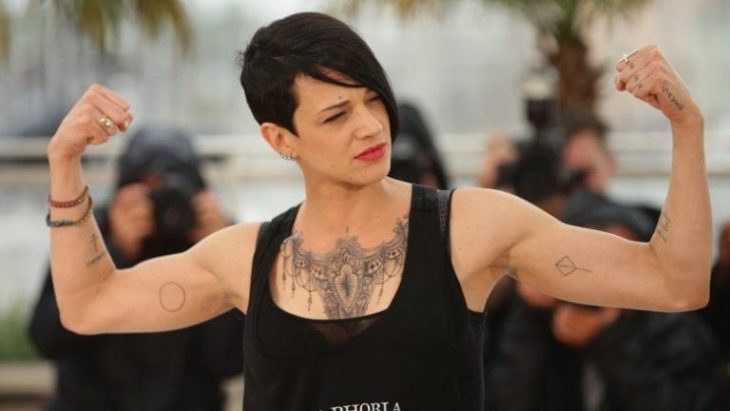 She’s naked in movies a lot, and she commented on that. “I’m still very ashamed to be naked in front of somebody. I am so ashamed of being in a bikini swimsuit,” Argento shared with Rolling Stone. She compared being naked on film to “therapy,” revealing, “When you’re naked, people are scared, and this feeling of fear makes them more alert and attentive toward you. I use that. It’s a trick I use in my work. I don’t use nudity as something pretty. For me, it’s something scary.”

Hotel Mobile App: A Full Spectrum of Operations and Functionality