Breaking News: Men Are Going To Bars And Talking About Feelings

Apparently, we’ve totally misjudged what dudes do when they go to the bar. Watch sports? Sit in virtual silence with each other? Get shitcanned? Come home and vomit in the sink? Nope. Well, maybe sometimes. But in addition to that a new study done in Scotland found that men like to go the bar for more personal reasons. According to researchers men between the ages of 30 and 50 who regularly socialized at bars experienced positive boosts to their mental health. Not only did buying each other pints help middle-aged maintain their friendships, but researchers found that it also gave them a safe space to “open up and talk about their emotions.” Awwww shit. Busted, guys.

“The most surprising thing was the way drinking opened up a space for men to behave in alternative ways that aren’t so associated with masculinity.There was the idea if you’ve had a few drinks it really helps you to express emotion in a way you might not in your everyday life,” explained Dr. Carol Emslie, the author of the study. “There is a stereotype that men are strong and silent about their mental health and it is something they never talk about. This wasn’t what we found. It was very much the idea that alcohol or drinking in these communal groups had this positive effect on your mental health.You’re drinking together, you’re laughing and joking and it’s uplifting. It helps you to open up and relax. Also. men talked about it being a way of looking out for each other.” 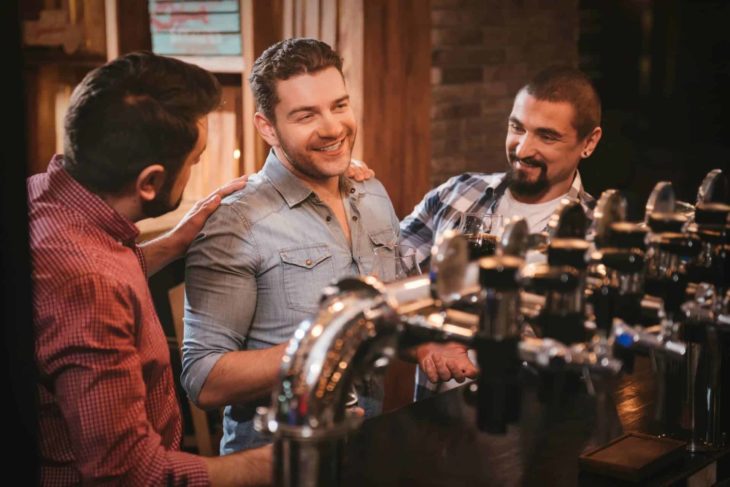 Well isn’t that the sweetest thing. As long as men are opening up about their emotions somewhere. Might as well be at the bar. [Scotsman]

Couples Who Sleep Together are Healthier