British Gambling Culture: How it Started?

In the UK gambling has become an institution itself. Along with the Crown and the Church, it has been a relevant part of Britain’s Culture and an extension of its people’s will. Under the supervisory eye of the UK Gambling Commission, at least 24M people actively gamble in online and land-based, sportsbooks, casinos and bingo halls, hosting a massive industry that revenued 14Bn in 2018.

Outsiders get surprised when they see people of all ages trying their luck in these venues or in their homes in the most normal fashion showing how gambling has deep roots in the British culture.

There are also several betting markets online and on-site. One great example of reliable online betting markets is Colossus Bets. You can access different sports betting, horse racing, pool and syndicate bettings too.

But how gambling pass from being a prohibited practice to one of the most popular, socially accepted (and lucrative) activities in the country? Well, it is as old as the British isles itself.

Once Upon a Time in Britannia 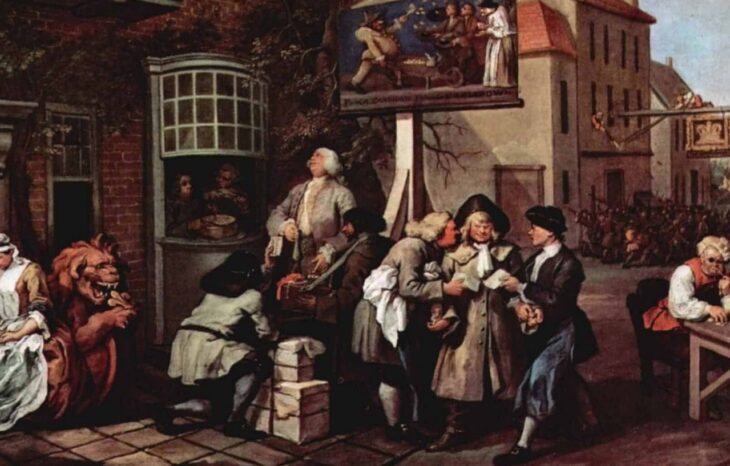 Gambling in Great Britain dates back to pre-roman times. Britons, its first occupants used primitive dice to predict their future outcomes according to the ancient god’s will. Eventually, someone finds out that dice can also be used as an entertainment quickly becoming a fun practice among tribesmen. But it wasn’t until the arrival of Romans to the mysterious islands called Britannia that dice were stripped from its divine context and used in a more lucrative matter. Romans were passionate gamblers and instantly adapted the dice games calling them — Aleam Ludere — “to play at dice”. The craps games were born. War and commerce not only expanded the roman influence, but it also exchanged culture and games from other distant lands were imported with races and board games being quite popular.

The Roman circus was another favourite as people bet huge waggers on the result of enslaved warriors fighting against beasts and each other for the delight of the public and bettors. As centuries passed ancient gods disappeared but the odds still prevailed. Great Britain spawned and Its people never stop trying to put chances in their favour, 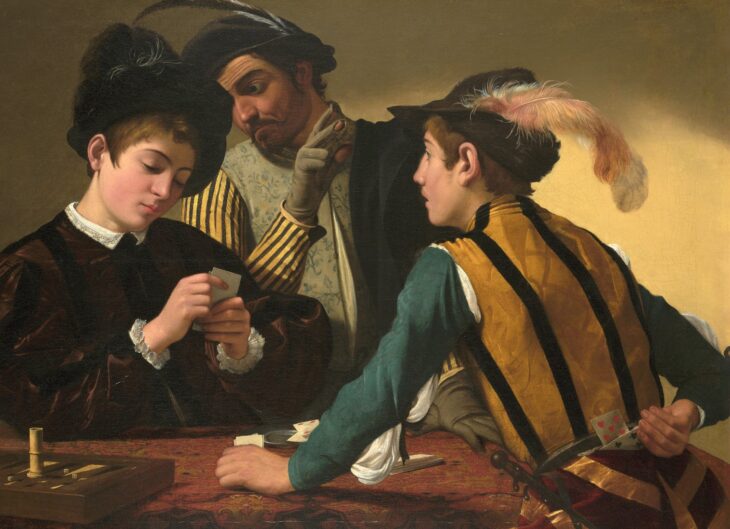 In the middle ages, gambling was practised by all classes with restrictions of its time. Nobility who have access to greater resources to splurge tested their luck with horse races, cockfighting, and even chess. Commoners and serfs still were greatly fond of scrap games in pubs among stories and drinks, Gambling was getting so much prevalent in the feudal society that in 1190, King Richard of England eventually introduced the first legislation to regulate gambling.

Luckily, Brits of that time have no need to look for non Gamstop no deposit free spins at CasinoGap.org that is not registered with Gamstop scheme as there were no self-exclusion services. Only noblemen were allowed to bet, and they could only gamble 20 shillings a day, nearly £2800 at modern value.

The church leverages it by considering another devilish practice. However little did the crown or the church to prevent early British people from gambling. In the XVI century gambling was still a popular activity especially among soldiers of the time. King Henry VII despised gambling and forbade the practice between its ranks as he considered that they were derailing from its duty.

Drawing for the crown 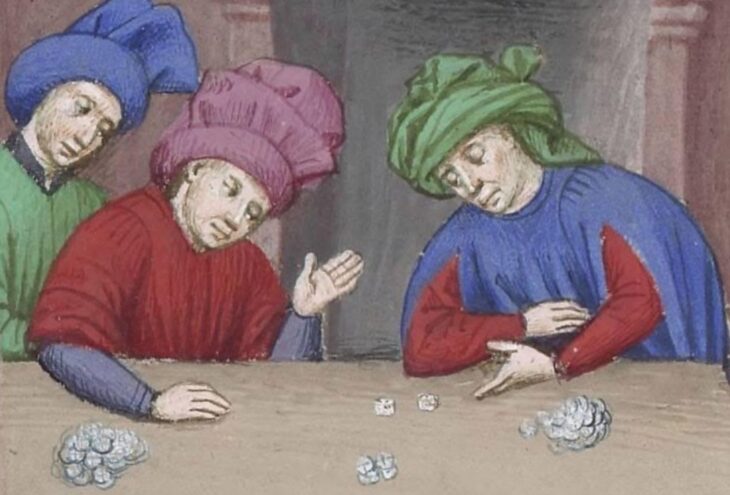 While Henry VII outlawed gambling, his successor, Elizabeth I, took gambling into more serious consideration. Despite the ban, gambling was still appreciated among the highest court ranks, but the crown had its interest in other matters: expanding its export markets. In order to fund the construction of the ships and developing ports, the queen decided to bet the future of the country with a lottery.

In 1527, a decree announced the first State Lottery and the sale of 400.000 tickets awarding a huge prize of £5000 (nearly £5M in modern value) among tapestries and fine clothing. Tickets were sold at 10 shilling each (almost £500), but were too expensive for the low income people of the time, hence it was targeted to the upper classes. To encourage sales, the winning ticket holder will be exempt from arrest for all crimes other than murder, felonies, piracy or treason, something that really caught the attention of the public.

During Queen Elizabeth I, gambling was legalized. Instead of putting another tax over citizens to keep the funding of war campaigns and infrastructure, the success of the Initial State Lottery was a popular and effective source of money.  Subsequent raffles were announced and awarded. Lower class people also wanted to partake in the lottery and started to group in order to buy actions of a ticket. If the ticket wins, the prize is equitation distributed among the investors. As the popularity of lottery rises, private hands decide to take part in the cake, with several particular lotteries and raffles promoted across the country. However, the Royal gambling monopoly wasn’t allowing any money suckers and banned them almost immediately.

Card games started to become more popular thanks to the lowering cost of printing, making card decks available to the regular citizen. With the adoption of the french roulette casino started to spawn among all the main cities, while stock market betting became popular among the most wealthy classes. The gambling industry was booming and unstoppable until the 1800s. When it was subject to a siege of sudden regulations from the Gaming and Betting Acts. 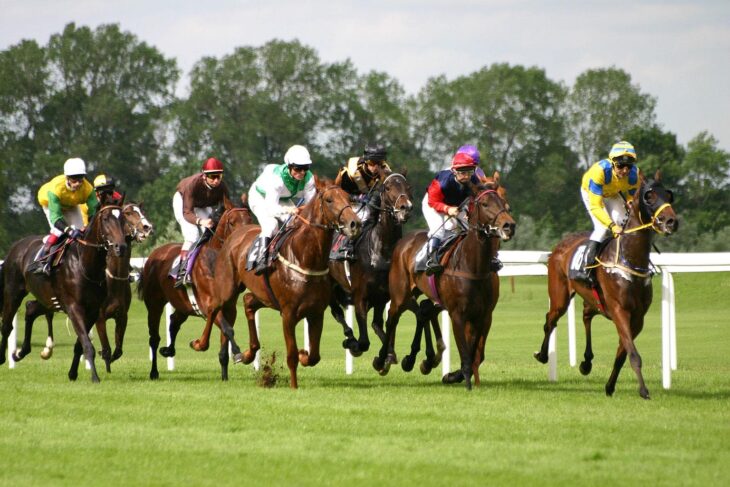 As British society rights and privileges were more balanced among classes, so did the access to nobility sports like horse racing. Betting was still outlawed but Brits decided to take the risk not only of losing their money but also their freedom. Initially, bets were made over two outcomes, win or lose. This was customary among gentlemen, until the appearance of a Lancastrian man called Harry Ogden.

Ogden, who was a gambler himself, observed how certain horses perform better than others in the race tracks, and instead of putting odds on the results, he decided to put a chance value according to their performance. Horses who were more likely to win offered lower odds while horses with the lower performance offered a higher risk but greater rewards, the first bookie was born. Ogden created a concept that was quickly adopted by gamblers who can now bet in a more technical manner, based on overall performance. The same happens with other bookmakers who replicate the Ogdens idea. something that happened during the following 290 years and has virtually remained unchanged.

In order to keep business profitable bookies tried to sell their odds to every interested gambler. Operations were made in a secure place (usually the backstory of a friendly pub) while the “runner” boys pick up the race hours and result in the tracks. The excitement for the working classes relied on the fun rather than the money so risked sums were usually small. This was criminal activity and simultaneously it facilitated gambling harm as there were no Gamstop bookmakers. If the police appeared, runners disappeared in a blitz while bookies hand an occasional bribe to make them look to the other side, which was the most common cause as policemen were more interested in catching more serious criminals than enforcing the prohibition. Again, gambling prevails.

“There Ought not to be One Law for the Rich and Another for the Poor which Is the Case Today.”

In 1934 the famous slogan resonated in the halls of the Parliament as middle-class Liberal reformers debated against the more puritan Labor Party. in order to allow their representatives to gamble. The Labor Party considered the unions a gang of drunks, horse bettors and street fighters while the Liberals pointed their counterparts as being very comfortable alongside the company of the heavy gambling Torys within their upper-class clubs. The decisive blow was the fact that the Labor Party depended on Lotteries draws to keep operating and cover their full-time agents’ payrolls.

Regulations were relaxed(there were no restrictions such as credit cards ban as nowadays) and the working men end delighted enjoying betting on horses, hounds, chariots, and every racing sports track available. Bookies finally came out from the shades to be part of the UK landscape. After WW2 the Brits were more eager to enjoy their leisure in peaceful times which finished with the major relaxation of regulations. Bingo hall was usually filled, along with betting clubs and sportsbooks were so popular and profitable that there was at least one betting parlour in each street, 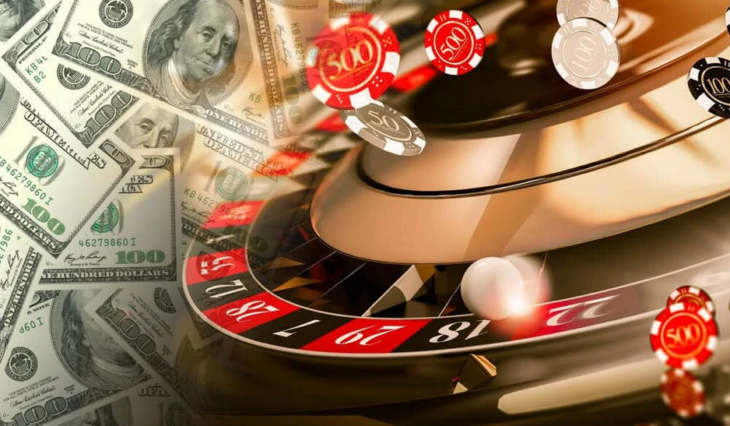 With the upcoming of the internet gamblers and operators saw the endless possibilities of remote betting. With thousands of daily sports events, and the possibility to make a bet everywhere 24/7. The 21st century brought not only technological advantages but also a different approach done in the past centuries with gambling regulations.

In 2005 the Gambling Act turned into the Gambling Commission, an organism dedicated to regulating the gambling markets instead of the practice itself. Transparency, protection of the children and susceptible people were now the norm. As problem gambling was now becoming a national concern, operators are now obligated to endorse to the UK Gambling Commission in order to protect customers, by ensuring that gambling will be practised in a healthier manner.

From its initial clay made dice, to the more astonishing power of online operators taking millions of bets every day, the British gambling culture evidence a nation willing to take risks that don’t necessarily involve monetary compensation (still they are well received). For these people, the simple act of laying a bet and having a laugh of its result is just a manifestation of the divine gift of free will.

Greatest Bet: How These 3 Players Make A Living from Gambling

9 Things That You Didn’t Know About Online...