Celebrities who repeated their outfits and looked amazing

This red dress is by J. Mendel, and she wore it on two separate occasions. The first time she wore it in 2017 at the Vogue India Women of the Year Award and the second time in 2018 at the Emmy Awards ceremony.

Naomi in her silver Versace dress in 1998 and again at the “Fragrance Foundation Awards” in 2015. 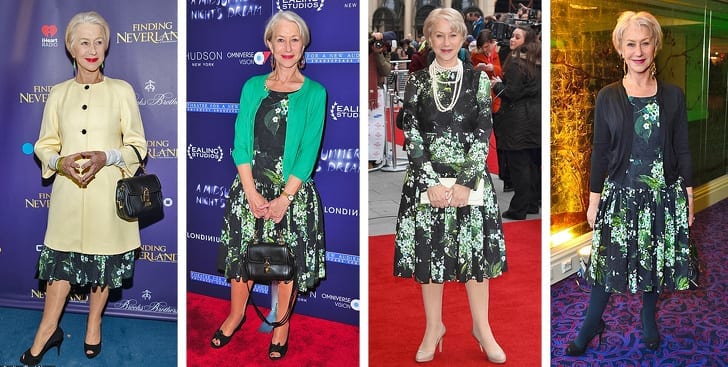 Helen Mirren sure does love her green flower print dress made by Dolce and Gabbana. She was wearing it at the premiere performance of Finding Neverland and A Midsummer Night’s Dream as well as at “The Prince’s Trust & Samsung Celebrate Success Awards” and the “Empire Awards.” She managed to make the outfit look different every time. 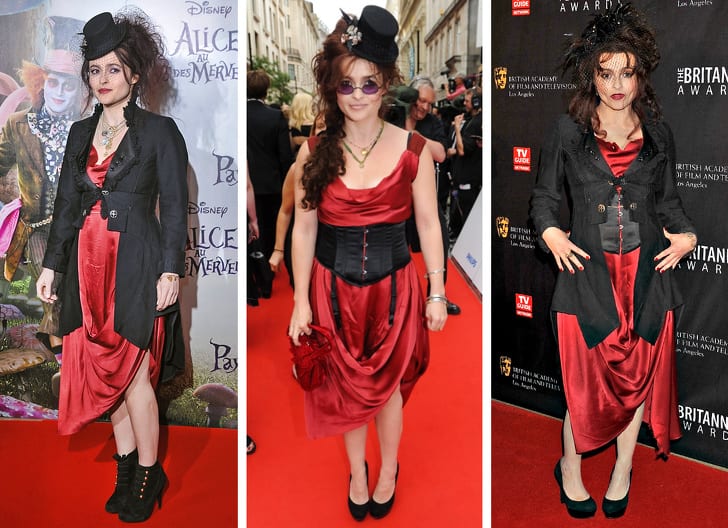 In March 2010, the actress came to the to the premiere of the movie Alice in Wonderland in a scarlet atlas dress and later wore it again at the BAFTA Awards in London and at a tea party for the same awards in Los Angeles.

The first time she appeared in her dress at the premiere of the movie The Last of Robin Hood on the second day of the Toronto International Film Festival and again after two years on the Broadway premiere of the musical Hamilton in New York. 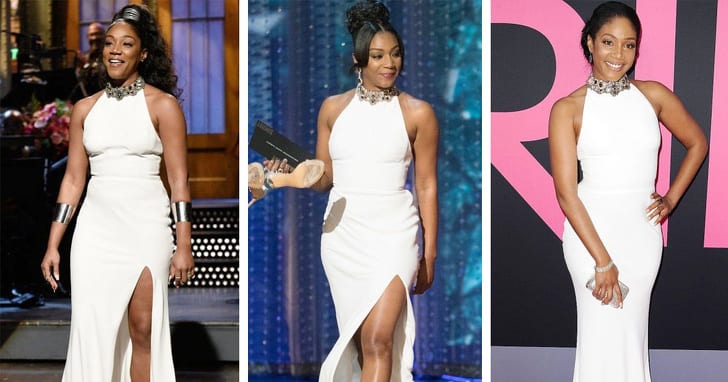 Alexander McQueen designed the dress which costs $4,000. Tiffany wore it three times so far, at the premiere of the movie Girls Trip, in November on Saturday Night Live, and later at The Oscars.

Loren at the 67th Annual Golden Globe Awards and a year later, at the 150th anniversary of the unification of Italy.

Chanel, knee-length, tulle dress was something the actress wore as her wedding dress. She repeated the outfit at an annual charity evening called the “Serious Fun Gala.” 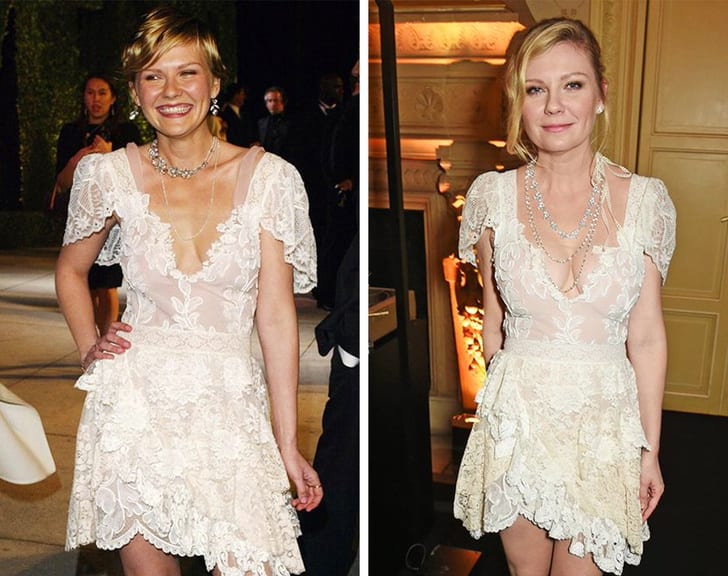 A tiny lace dress by Christian Lacroix. Dunst first wore it at the Vanity Fair party for The Oscars in 2004, and more than a decade later she wore it again at the presentation of a new collection by “The Garden of Kalahari” in Paris.

Who would have thought that the Editor in Chief of Vogue Magazine would do something like wear the same outfit twice? Well, there you have it, Anna Wintour wearing her flower dress by Lanvin at the “Moet & Chandon” event organized by the French champagne company and a month later repeating her outfit at the Yves Saint Laurent show at Paris Fashion Week.

5 Businesses that are Hot right now in Emerging Markets