Earlier this week, a friend of mine sent me an article by Mark Manson titled “Fuck Yes or No,”with a simple directive: “Read this.” Since it had the word ‘fuck’ in it, I was obviously sold, considering the F-bomb has been my favorite word since I was old enough to pronounce consonants.

The piece describes the all-too-common “grey area” of dating, where “feelings are ambiguous or one person has stronger feelings than the other.” We’ve all been there (and I can admit when I’m guilty). But according to Manson, if you’re in the grey area to begin with, you’ve already lost. To help assure you that you’re entering into an equally beneficial and enthusiastic partnership, Manson says you should apply “The Law Of Fuck Yes Or No” (TLOFYON) to each and every romantic situation.

The Law of “Fuck Yes or No” states that when you want to get involved with someone new, in whatever capacity, they must inspire you to say “Fuck Yes” in order for you to proceed with them.

The Law of “Fuck Yes or No” also states that when you want to get involved with someone new, in whatever capacity, THEY must respond with a “Fuck Yes” in order for you to proceed with them. 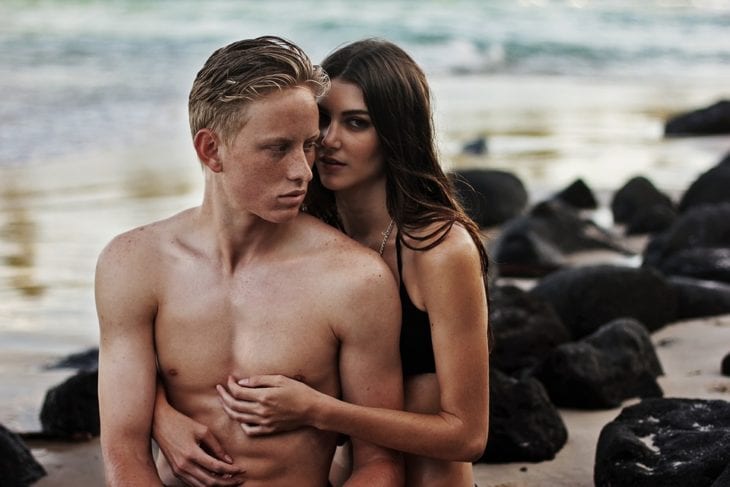 Manson goes on to explain the benefits of “Fuck Yes Or No”; for example, the idea that you’ll no longer be strung along by people who aren’t that into you, the establishment and enforcement of strong personal boundaries, and always knowing where you stand with the other person. But TLOFYON isn’t solely for those who are looking for relationships.

“Sometimes The Law of Fuck Yes or No will apply differently on different levels,” he writes. “You may be a ‘Fuck Yes’ for friendship with someone, but mildly excited to have sex with them. Therefore, it’s a no. You may be a ‘Fuck Yes’ on banging someone’s brains out, but a definite ‘No’ on actually spending any time with them. Apply the law to your decision-making as it suits your current needs.”

I’m going to have to agree to disagree with Manson and his theory. I don’t think anything in life is black and white, so it’s very hard for me to ALWAYS squeeze love, attraction and romance — among life’s most wonderful, yet complex and complicated things — into a “fuck yes” or “fuck no” bucket. It would make life a hell of a lot easier if all aspects of love and dating, like lust, sex, fidelity, intimacy, trust, compassion, money and values were straightforward and obvious. Unfortunately, they’re not … especially in the beginning of a relationship. 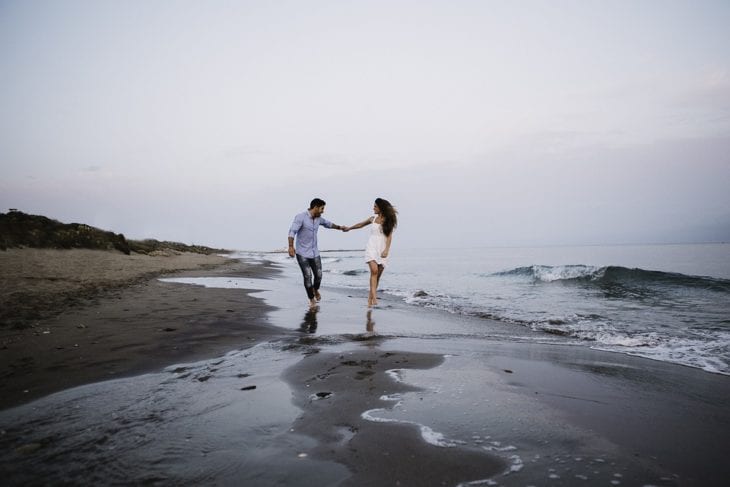 I completely agree that both parties entering a relationship “must be enthusiastic about the prospect’s of another’s company.” It goes without saying that WANTING to see the other person is a must, but I feel like Manson didn’t account for the varying degrees of wanting something. My problem isn’t with the ‘Fuck No’ part of TLOFYON. Look, if you meet someone and you’re hands-down not interested, go with your gut. The tricky part comes when there’s a situation where you’re leaning toward ‘yes,’ or when you think there’s potential, but you’re not a “fuck yes.” Should you pass up a potentially good opportunity because you’re not jumping up and down with excitement? I say no. In the beginning stages of a relationship, very few things are always crystal clear. Not only do nerves have a way of clouding one’s true personality, but I also know that it’s possible to be wishy-washy about someone in the beginning, and learn to really love that person over time — or at least recognize the fact that you’re enthusiastic about the possibility of dating that person.

There was a period in my life where I think I DID live by TLOFYON. If I wasn’t over-the-moon pumped on date one, I’d cut the guy loose. I wouldn’t even consider a second date or relationship with someone if my stomach wasn’t doing somersaults t from the beginning, and I think that was a mistake. Sometimes, I wouldn’t even go on a first date with someone because I had already ruled them out for not being as attractive, smart or outgoing as I would have wanted. Or at least I assumed they weren’t when I made my snap judgement. 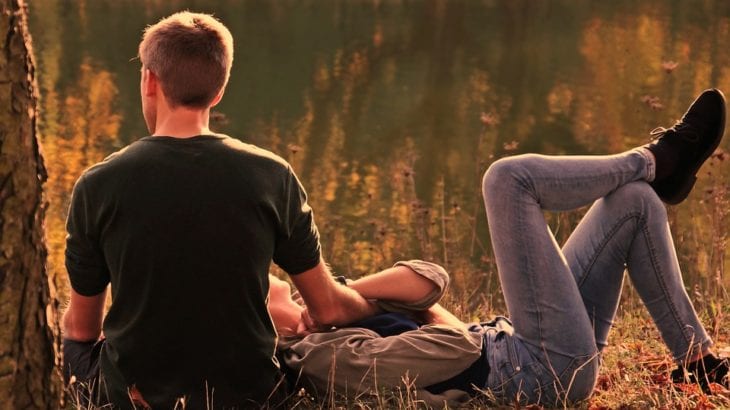 As I dated more and more people, and turned down more and more guys, I learned that love and attraction aren’t so cut and dry. For example, Don, my on-and-off college boyfriend, and I began our relationship as friends. For months, I didn’t even consider him romantically. Then one day we kissed, and it changed everything — but I was still skeptical. I didn’t want to ruin our friendship, but the romantic feelings were there for both of us. I was on the fence. I thought there was potential, but I wasn’t psyched about the possibility of pursing things because I was fearful of what would happen if it didn’t work. Over time, I grew to love Don, we had a great relationship for a period of time, and he remains a fixture in my life that I would never ever change. I still love him. When I look back at the beginning of our relationship, I wasn’t a ‘fuck no,’ but I can say for sure that I was hardly a ‘fuck yes.’

I also have several friends who are now married to men that they would have passed up if they lived by TLOFYON. For example, my best friend met her now husband several years ago at a work conference. Despite the fact that he was obviously pursuing her, she was lukewarm about the idea of dating him, and hesitantly agreed to go out with him for dinner. They went out, first with a group of co-workers, and then several times on their own. For months, he continued to court her, and she was starting to like him, but wasn’t CRAZY about him. (To give you an idea of their relationship timeline, it took a month until she would even kiss him and over three months until she entertained the idea of sleeping with him.) She gave him a shot though. They continued to date, fall head-over-heels in love and are now best friends — MARRIED best friends. 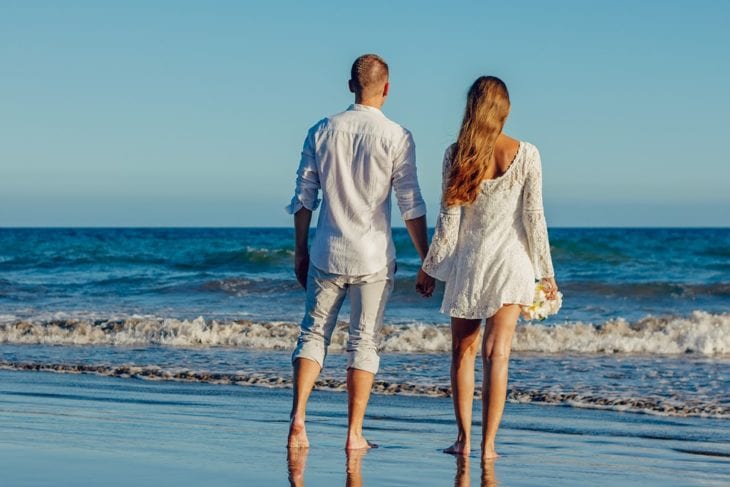 Anyway, I know that I’m not a love guru. (I KNOW THIS, GUYS, REALLY.) I don’t handle every relationship debacle perfectly, or even all that well, but I try to make sound-minded judgements in the moment, as best as I can. When I’m given a choice, I make the one that makes the most sense to me, knowing that dating can often be tricky and messy. (If it wasn’t, there wouldn’t be advice columns and millions of people online dating.) But I can say with certainty that finding love is NOT black and white, or a choice between ‘fuck yes’ or ‘fuck no.’ Not many things in life are, really.

Mind Of Man: Why You Should Really Date A Nerd

True Story: I Am Sponsoring My Husband For Immigration