Dear Wendy: “Should I Wish My Ex A Happy Birthday?”

It’s time again for “Shortcuts.” For every question, I’ll give my advice in two sentences or less, because sometimes the answer to a person’s question is so obvious and the need to hear it so great, being as clear and frank as possible is simply the best way to go. Today we discuss sending birthday messages to exes, freeloadin’ significant others, gaming-addicted husbands, and when it’s time to move on. 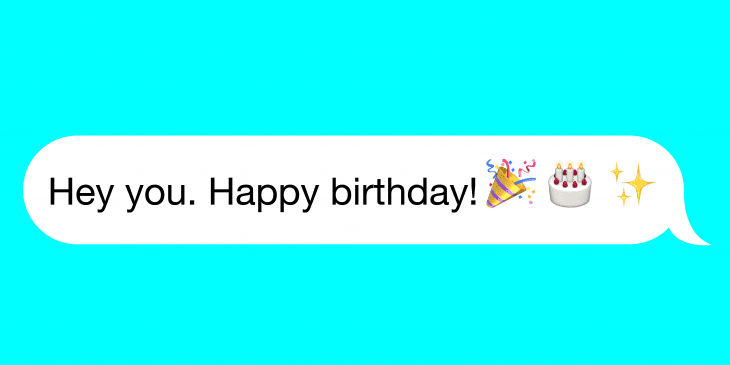 I broke up with my girlfriend over six months ago. I haven’t really spoken to her since then other than once at a mutual friend’s party. She is dating someone else now and so am I. Do you think it would it be appropriate to send her a card for her birthday? I’d eventually like to be friends with her again if possible, so I don’t want to piss her off. If not a card, should I acknowledge her birthday or just let it go? — Friendly Ex

As long as you are sincere in your intention to be friends with her and nothing more, it would be a sweet gesture to acknowledge her birthday with a call, an email, or a card. Just make sure to keep the message short, friendly and simple and not anything you wouldn’t want your new girlfriend or her new boyfriend to read or hear.

My boyfriend and I have been together about three years. I love him dearly, but I feel I am reaching the end of my patience with him. I am 25 and have a three-year-old daughter from a previous relationship, and he is 32. He wants me to move to his hometown (an hour away) and start a family, yet he makes no effort to show he is a responsible man. He has no job, lives with his parents and has no money. I pay his cell phone bill, give him gas money, pay when we go out, and he eats at my place almost every day while rarely contributing to the food bill. He’s told me he would like to be a stay-at-home father, and while he’s awesome with my daughter, and is always happy to cook/clean for me, I feel if he really cared about me and wanted us to be a family he would do his part to reduce my stress load, namely by finding a job. I work two jobs and I’m going to school full time, and at the end of my day I’m exhausted. It bothers me that when I walk in the door he is always at home playing a video game, lying in bed on Facebook or out golfing. I’m not asking for a sugar-daddy; I’m not even asking that he give me any money. All I want is a man who is able to take care of HIMSELF. Is that too much to ask? I don’t want to leave him, but this is not my dream of “forever after.” — Growing Impatient

Quit enabling this free-loader by paying his bills, buying his food, and basically paying his lazy-ass way. Tell him you’re not interested in a stay-at-home husband and you not only won’t financially support him anymore, you won’t even consider marriage or starting a family with him until he gets a J.O.B. and proves he can be a reliable and dependable partner.

My husband is addicted to video games. He goes from being the sweet and charming man of my dreams to a screaming, sweating lunatic when he plays. He curses at the screen, barks orders from the couch, and gets annoyed when I try to talk to him or when I walk in front of the TV (which happens to be the only way to get from one end of our apartment to the other). What makes the situation really stressful is that our daily schedules are completely opposite to begin with. I have a regular 9-5 career and he is a grad student by day, bartender by night. We get very little time together as it is and when we do, I want to make the most of it. He says that playing video games is his way of letting go of stress, similar to how I might go shopping or get a pedicure when I am really frazzled. I certainly think he should have an outlet to help him de-stress but I also want to spend quality time with him. He claims that it isn’t a choice of playing video games or spending time together and that he doesn’t enjoy one more than the other, it’s just something that he fills his time with. But it sure feels like I am always coming second to the controller. — Married To A Game-Player

If your husband needs a way to de-stress and you want to spend some quality time together, pull him into bed, give him a mind-blowing BJ and tell him there’s more where that came from, but he’s going to have to turn off the games and give you a little attention when you’re both home to get some.

After three years of having a long-distance friendship, my boyfriend decided he was ready for the next step and wanted to move to my city and be together. Now, after three months of living together, he broke the news that he booked a trip back home to “figure himself out” and was ending things with us. He implied we could have a future together, but at this point, had no answers and did not want to promise anything. I was completely caught off-guard — things were going well, and we were in love. I should note that he is a couple of years younger than me, less established in his career and truly did have some issues back at home he needed to handle. I was nothing but supportive knowing this, and even offered to help get him home for a few weeks. But rather than schedule a visit, he decided to uproot his new life and start fresh back at home. I am devastated and wish he had told me prior to making this life-altering decision. He insists it was not me that caused his decision, but of course, all I can think about is what I could have done to prevent it. How do I deal? And should I even expect him to want to make things work in the future? — Hurtin’ Holly

If the guy uprooted his life twice in the last two months, first to move the relationship forward and then to move away from the relationship — without even talking to you first about how to make it work — I’d say it’s a safe bet that ship has sailed. As for how to deal, take it one day at a time and surround yourself with people who love and care about you.

Yes, There Is A College Class On Lady Gaga