Released back in September, Diablo 2: Resurrected is currently available on all platforms, meaning that you could enjoy this new rendition of the franchise on PS 4/5, Xbox X/S/Switch, as well as on MAC and Windows computers. Although timeless and similar to its predecessors, there are some differences between this new edition to the family and the parts that have already been released.

So, what are those differences? Will they make the game completely different than what you’re used to? Will you like it? Fortunately for all individuals that are wondering the same thing, our article can help you understand how this part is different. Here is what you should know: 1. The Developers Have Changed

If you’re one of those people who really don’t like when a developer changes for particular games, you should think again, especially since the new developers for “Diablo 2: Resurrected” actually made the game better to play. For some unknown reason to us, the game has been outsourced to a new company called “Vicarious Visions”, and it’s pretty safe to say that they’ve made this particular part quite better this time around – which cannot be said for Blizzard’s terrible “WarCraft III: Reforge”.

2. The Stashes Can Now Be Shared!

I don’t know about you, but when it was announced that the items’ stashes will be shared, I was incredibly happy. After all, when the multiplayer feature was first implemented, Blizzard didn’t expect just how much people will switch items between different builds, which made the game quite daunting and time-consuming as well. However, this time, this hindrance was taken care of, meaning that this part will feature a shared stash system that you can use for exchanging things between your characters.

But, it doesn’t stop there. After the developers ran a few test runs of the entire game, they have announced that they’ll further improve this system by expanding the stash capacities by adding 2 extra 10×10 tabs. What does this mean for gamers? Well, it means that all players will have 300 slots to store different items in the new stashes – which is something that’ll definitely make this part more enjoyable and fun to play. 3. There is an Auto Pick Up System!

Another interesting thing that was introduced is the automatic pick-up system, one that’ll allow you to gather gold and other items that won’t take up too much space in your stash. Yes, it was present in previous releases, however, it wasn’t as good as it was for this particular part. Currently, you won’t have to worry about not picking up gold or other important resources, and even if you do, there are always boosts that could help you overcome those hindrances. For more information on the boosts, you can click here.

4. You Can Actually Enjoy The Cinematic Videos

If you’ve been playing Diablo somewhere between 1995 and 2005, you probably remember how terrible and awkward most of the cinematic videos were. Now, the developers were limited by what they can do at that time, nonetheless, it always felt that we didn’t get everything that the game has to offer. Because of this, the studio opted for remaking most of the cinematics available – which made some fans extremely happy and excited.

People that have been playing this franchise since it was initially released and that have been following the plot and lore quire carefully will definitely enjoy seeing the stories featured in the game in 4K, with some incredible implementation with the latest animation tools. Hence, don’t simply skip the cinematics this time around, instead, watch them and learn more about the lore of the entire franchise. 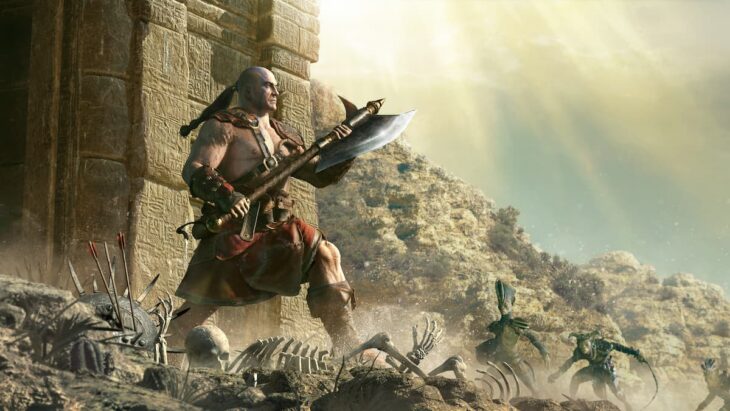 This is, perhaps, one of the biggest changes in the game and as we all expected from a complete remaster, the studio opted for implementing 3D graphics into the remastered version. When compared to some other franchises released in the 2000s period, Diablo 2 has become quite outdated when it comes to the graphics, however, nowadays, the visuals aren’t as terrible as they used to be when it was initially released.

Now, it’s worth mentioning that there are still some parts of the game that look outdated, but, in a way, they do seem left there on purpose, as a means for reminding us how the franchise changed. Although some people were deterred by how the older visuals look, other individuals enjoyed them quite a lot, especially because it provided them with a trip down memory lane. All in all, you’ll certainly enjoy the new graphics and some of the old ones as well.

6. The Colors + Color Palette Are Improved

During the testing that occurred in July of this year, a lot of people that tried the game didn’t like the color schemes that were implemented for different items. Also, they didn’t like how unclear the Health and Mana animation was, mostly because they ended up blending in some of the backgrounds that can be found in the game. This has made it quite difficult for people to see their status bars and items.

Due to various complaints that were made during the testing, the studio has announced that they will implement more vibrant colors, and more importantly, that they’ll focus more on the details and clarity of the images displayed. Because the original game featured 2D graphics, adding new ones wasn’t a problem for the developers, thus, they have addressed this particular problem and improved the color palette. 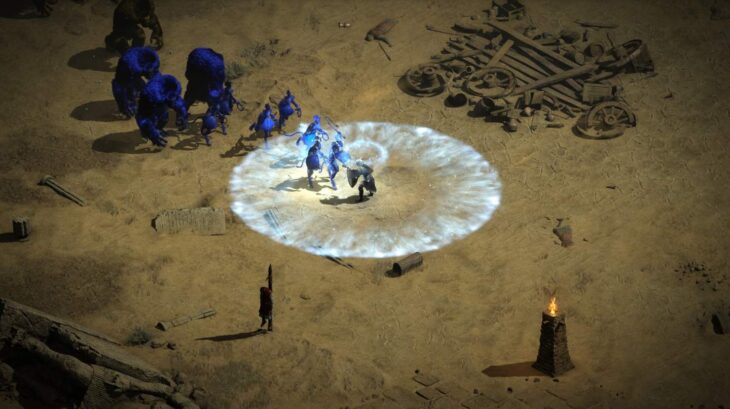 Basically speaking, Diablo 2: Resurrected does have a lot of similarities to its predecessors, however, there are also some differences, all of which make the game so much better. From improved graphics to the implementation of shared stash items, all of these new features will surely make the game more enjoyable for you.

Hence, since you now know what is different in this new part and what you’ll most likely enjoy, you really shouldn’t waste any more of your time. Instead, you might want to purchase the game for one of the platforms you use and then see all the new things that make this part so much better than some previous ones.

Things You Need to Know When Recycling Your Electronics