Enduring Legacy of Banksy: His Impact on Street Art Credibility

In artist circles, the Banksy brand is synonymous with anti-establishment sentiment, the uplifting of the working classes, and rebelling against societal expectations. Despite pervasive attempts to identify the man behind the moniker, Banksy himself has remained a hidden figure of the art world, shunning efforts to unveil his identity and preferring to let his work speak for him.

His work started out on the streets and, although his art has become highly-sought among art collectors, that is where it predominantly remains. Banksy, ever an artist of the people, appears to prefer sticking to his roots than abandoning his principles. 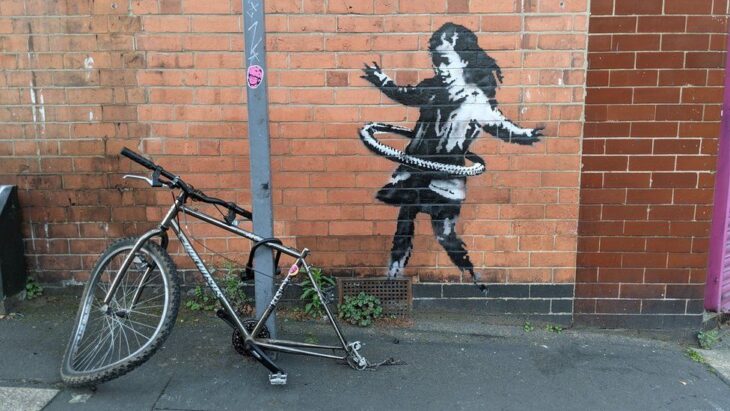 Utilising a form of art previously viewed as anti-social, Banksy cleverly created simple images containing striking juxtapositions to highlight societal issues and systematic oppression – a theme particularly evident in his more recent work, which can be viewed and purchased at https://www.contemporaryarttrader.com/.

Where many modern artists have a tendency to focus more heavily on style over substance, with wishy-washy explanations underlying their work, Banksy has bravely lifted his head above the parapet and chosen to place an emphasis upon unfair societal standards, whether he chooses to highlight the plight of prisoners being trapped in Covid-rife jails, or children surrounded by pollution in working-class industrial towns.

He has, by doing this, aligned himself with the people and has garnered public favour as a result. Even his recent stunts regarding copyright and his short-lived shop were developed as a way of rebelling against arbitrary rules and intellectual property rights.

In addition to highlighting these societal issues, the places in which Banksy has chosen to unveil his work are predominantly working-class, industrial, or impoverished areas. Through such a marketing strategy, Banksy succeeded in bringing the plight of certain areas to the fore, forcing the government and other establishments to acknowledge the underlying messages of his work. He also brought a significant amount of publicity to the areas, generating vital income for needy local areas, instilling pride in the local people, and leading to promises of regeneration for such areas. 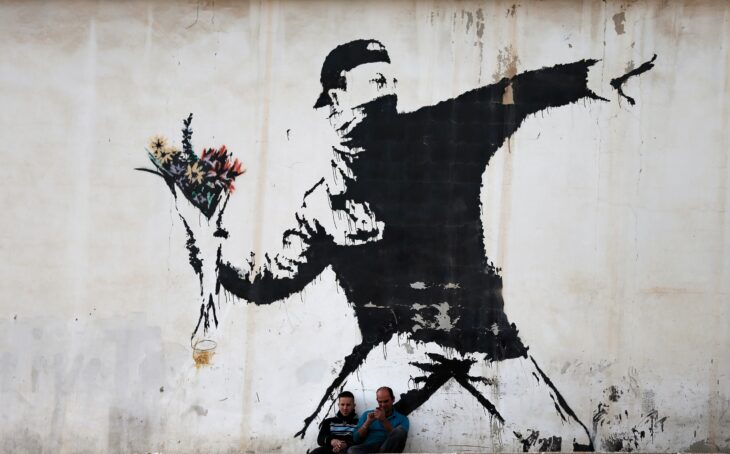 One aspect of Banksy that sets him apart from his contemporaries is his attitude towards the proliferation of art and its availability across all parts of society. Rather than stick to the rigid conventions developed centuries ago, and that dictate what should and shouldn’t be considered art, Banksy relinquished these shackles and instead decided to pursue his own route. In doing so, he helped to welcome art as a whole into the modern world, which is informed by technological advancements, industry, personal connections, and underlying messages.

Skill itself is not necessarily a predictor of artistic success – instead, possessing a unique style is a much more coveted aspect of art these days, and it is Banksy’s example that has allowed this recognition to be made in the upper echelons of art.

A further example of this is his now-infamous picture shredding during an auction that included his work. Through this, he managed to signal his disdain with the ludicrous volumes of money expended on art, regain ownership over his work, and create a live art spectacle that took place in real-time. Instead of generating shock and anger, his stunt actually succeeded in garnering more press attention for his work and reaffirming his political stance regarding ownership. 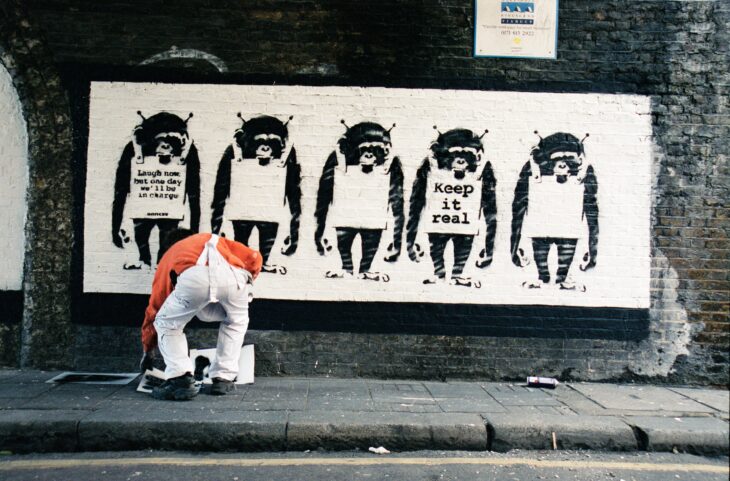 Originally classed as anti-social and an eyesore, Banksy helped to change the art world’s perception of graffiti and street art, helping to expose them to the valuable role both can play in society.

This also helped to offer young, up-and-coming artists another avenue they could go down with their artwork – no longer was art considered to exist just on paper or canvas – it could form a part of the everyday scenery and act as a beacon for important political messages. The art world was no longer restricted to middle- and upper-class art students hailing from various colleges and university courses; instead, honing your skills on the streets could see you make the transition into a fully-fledged artist, appreciated by contemporaries and beloved by the people. 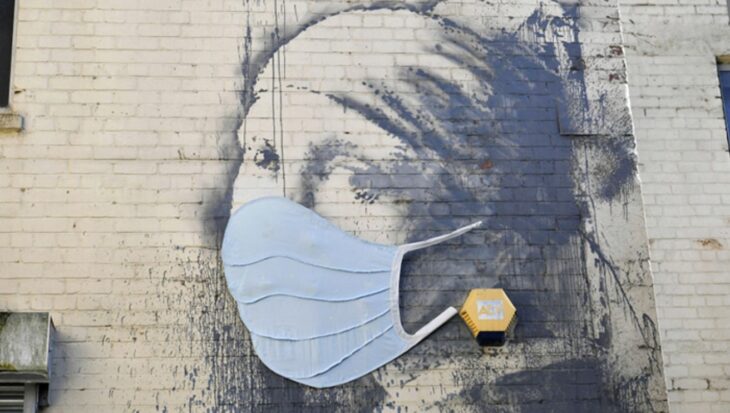 Being Secure in Your Skills

Despite the criticism levelled at him by art critics and other artists, Banksy appears to have never doubted himself, his work, or his mission, thus he has chosen to stick with his own inimitable style of art, instead of bowing down to pressure and conforming to the standards and expectations set out for him.

His signature style – thick, dark outlines with blocks of white or black, and occasionally a pop of colour to highlight a particular aspect of the artwork, has been subject to criticism over the years. Yet, never has the famous artist seemingly allowed this to alter or impact the work he produces; his self-belief and confidence override any criticisms of his work, which is always bolstered further by the support of the public.

This self-belief and determination to adhere to his own principles, beliefs, and style have made Banksy an inspiration for many young artists, who want nothing more than to achieve his level of notoriety and become just as distinguishable amongst the roster of other contemporary artists – and will hopefully continue to inspire young wannabe artists for decades to come.

Through his artistic work and political movements – including buying and remodelling a boat for the purpose of rescuing stranded refugees abandoned by the government – Banksy has set himself apart from his contemporaries, marking himself as an artist whose name will feature in every notable art book for the foreseeable future.

He has refused to alter himself or his style, to back down to government and political pressure regarding his exposure of inequality and poverty in society, and to reveal his true identity – in short, he has refused to ‘sell out’, so to speak. This has helped thousands of young street artists, who are perhaps disillusioned by the stuffy art world, to recognise that money and fame do not necessarily mean sacrificing your roots and beliefs.

Thus, it seems that he will be one of the most memorable and infamous contemporary artists of the 20th and 21st Centuries.

9 Tips to Stay Sane and Active While Social-distancing

Teen Stretch Marks and How to Get Rid of Them, Skinomatics Skincare