What does an all-powerful Roman Emperor wear? When you’re the ruler of one of the greatest civilisations to have ever existed and have unlimited power over millions of people, it’s important that your sartorial choices say all the right things.

In this article, we’re going to explore what Roman Emperors wore so that they could be immediately recognised as kings among men. We’ll explore the role of silk in Ancient Roman clothing and take a look at some of the Roman Emperors with the most outlandish tastes. 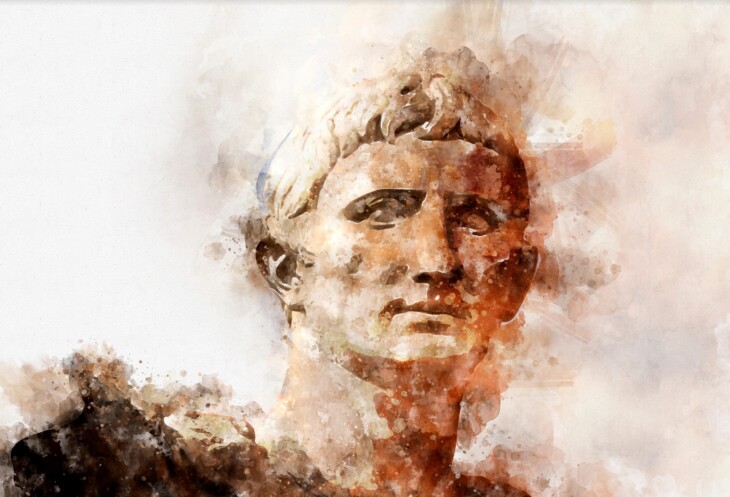 Silk in Fashion and What the Roman Emperors Wore

While every Roman Emperor certainly had their own distinct taste, there is some commonality among typical Ancient Roman clothing and the garments that Roman Emperors wore throughout the ages.

The materials, styles and colours favoured by Roman Emperors were always considered to be the very best, with materials such as silk and regal colours like purple featuring prominently. However, while the colours and materials they favoured were a cut above the rest, they did wear the same basic garments as Roman citizens.

Despite their love for the finest materials and the most exquisite colours, most of the clothing worn by Roman Emperors was surprisingly simple in structure and form, with minimal tailoring and cutting required. All garments were produced by hand, with every process requiring much skill and knowledge.

One material that became a real favourite among Roman Emperors was silk. You can check out jigsaw-online.com to see how silk made the journey from China into Ancient Rome. Within a couple of decades of silk arriving in Rome, it was commonly worn by Roman politicians and the rich and noble citizens of the Roman Empire.

So prized was silk by the great and the good of Ancient Rome, that in 552AD, Emperor Justinian sent two monks to Asia on a mission to steal the secret to silk production. When they returned, their bamboo walking sticks were full of hidden silkworms, making this one of the first known examples of industrial espionage.

The Garments Worn by Roman Emperors

These are some of the decadent garments that were commonly worn by Roman Emperors. 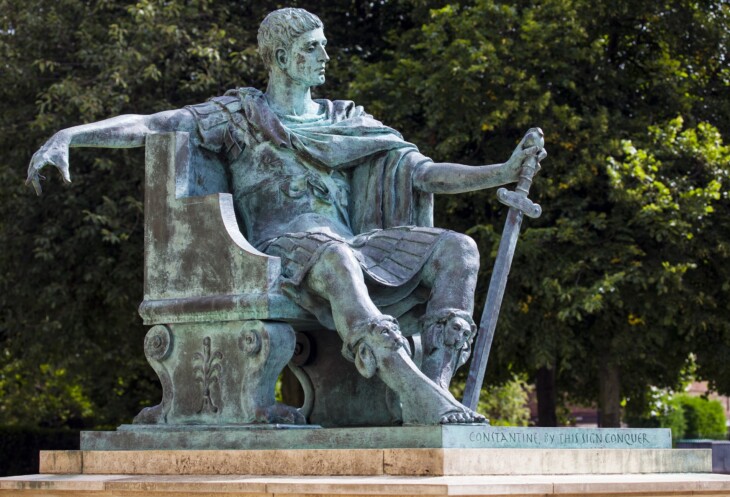 The trabea was a toga that was coloured entirely in purple and could only be worn by a Roman Emperor. It was worn on ceremonial occasions and was also draped over the statues of Roman gods to emphasise the god-like status of the emperor. Lesser mortals such as senators, kings and some important priests were also allowed to wear togas that featured purple stripes, with the width of the stripes increasing in line with their status.

The tunic was an incredibly important garment in Roman clothing. It was the basic garment for all classes, genders and most occupations. Boys and men generally wore short-sleeved or sleeveless, knee-length tunics, while women and girls typically wore a longer, sleeved tunic. Roman Emperors, of course, had their own version of the tunic. The tunica palmata was a highly decorative tunic that was covered in gold embroidery and had intricate borders on the wrists, neck and bottom edge of the garment.

In colder parts of the Roman Empire, the cloak formed a functional part of a Roman citizen’s clothing. Emperors had their own version of the cloak, called the paludamentum, which was worn over their armour. The paludamentum was ankle length and was typically coloured purple, as well as other expensive colours such as dark blue, violet and red. It was fastened on the right shoulder by an ornamental brooch that was made of gold and precious jewels.

To make the purple dye that was so revered in Ancient Rome, thousands of seashells, which came from the murex snail, had to be crushed. 10,000 murex shells had to be crushed to make enough dye for a single purple toga. That’s why Tyrian purple dye – so-called due to the Tyre region of Lebanon where it was made – was worth more than its weight in gold.

While not a garment themselves, sumptuary laws were an excellent example of the role Ancient Roman clothing played as a means of distinguishing status. The laws were designed to limit the expenditure of Roman citizens on food, entertainment and clothing. This helped to distinguish the great and the good of Roman society and reinforce the class structure, with only the emperor allowed to wear certain garments, such as the purple toga. 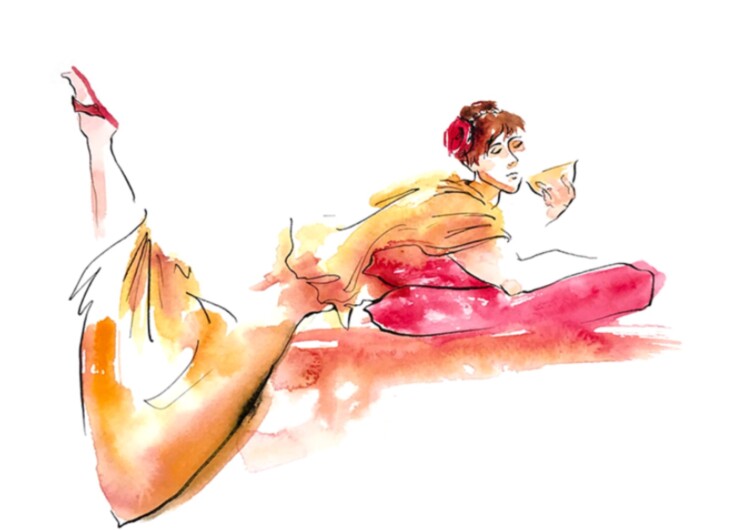 Throughout the Roman Empire, there were some notably extravagant emperors who pushed the boundaries of fashion.

Caligula was undoubtedly one of the most extravagant emperors in the history of the Roman Empire. He had a decadent taste in most things, including fashion. As well as wading through gold pieces like they were water and drinking cocktails containing pearls dissolved in vinegar, he wore robes made from the finest silks and favoured the clingy garments that women wore. He also loved to dress up as goddesses such as Juno and Diana, and had an extensive collection of blonde wigs and women’s shoes.

The Roman Emperor Heliogabalus refused to wear anything other than silk and, not only that, but silk that had never been worn before. He believed that garments that had been washed should only be worn by peasants, so he wore a completely new pure silk robe every single day. He also wore shoes that were set with diamonds and other jewels.

Even Heliogabalus’ death was decadent. Syrian priests had prophesied that he would meet a violent end, so rather than wait for his grisly fate, he brought an end to his own life using cords that had been entwined with purple and scarlet silk.

Whether it’s silk garments or bejewelled shoes, it’s clear that the Roman Emperors had a taste for the finer things in life, with some taking ostentation to new heights. Happily, these days materials such as silk are far more readily available. We no longer have to rely on old trading routes such as the Silk Road to transport silk from east to west. That makes the favoured materials of Roman Emperors all the more accessible to us – and allows us to don silk proudly even if we’re not royalty.

7 Activities on Corfu for the Outdoor Adventurer

6 Medicinal Mushroom Extracts That Are Worth Trying