10 Gender Neutral Fragrances You Must Try For Yourself

What is essentially just a combination of pleasant smells ends up reinforcing gender stereotypes: women should be gentle and subtly seductive, whereas men should exude a dominant aura.

Over time, consumers’ interest for gender-neutral fragrances has increased, but for the LGBTQ+ community, there may be other reasons behind this than a shift in consumerism.

You may be searching for a scent that fits your nonconforming gender identity, or if you dabble in the world of asexual dating, you may have found that some fragrances play too much around sex attraction, which doesn’t mean a good perfume must be aphrodisiac and in this guide will show perfumes that evoke other non-sexual characteristics.

Whatever your reason, here are 10 gender-neutral perfume recommendations to get you smelling irresistible for your next date. 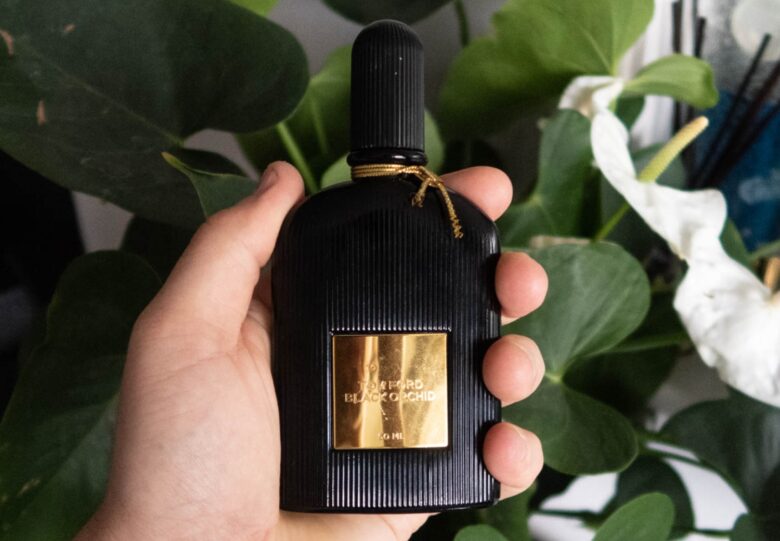 Having served as Creative Director for both Gucci and Yves Saint Laurent, Tom Ford knows a thing or two about elegance and sensuality. After starting his eponymous brand, he launched an extravagant fragrance collection, reminiscent of a glamorous lifestyle.

Black Orchid, “a seductive pull for all genders”, is an Eau de perfume infused with orchid, sandalwood, incense, patchouli, as well as black truffle, bergamot, and black plum. The rich floral scent comes in a sleek black art-deco-inspired glass bottle.

As a brand, Diesel is synonymous with alternative culture. Known for its playful and ironic style, it channels the same value into the design of its fragrances.

The D by Diesel eau de toilette aspires to be as universal as denim, and just as stylish. Three primary notes make up the scent: fiery ginger, fragrant lavender, and denim cotton; all complimented by Madagascar vanilla. 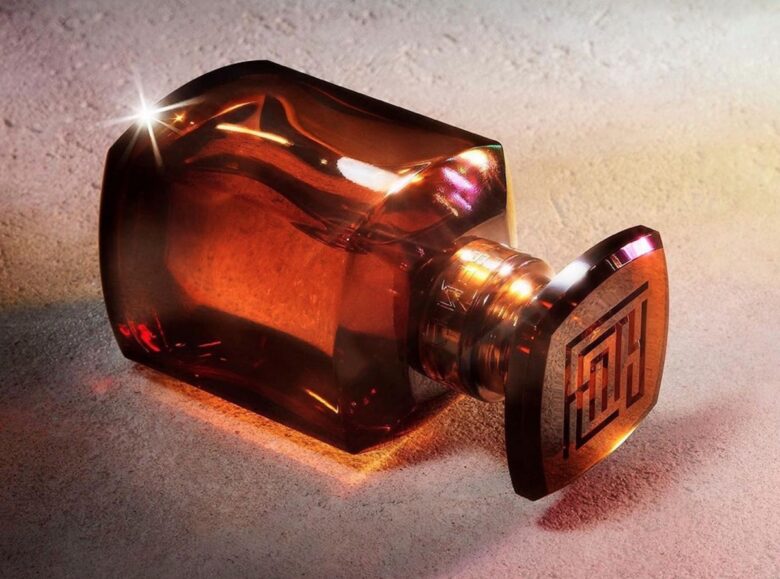 Billionaire musician, business woman, and all-around baddie Rihanna shook the world in 2017 when she created Fenty Beauty. Years later, in 2021, her first fragrance was born.

Designed by Rihanna herself, the Eau de perfume exudes her essence, made up of four key notes: musk, Bulgarian rose, magnolia and tangerine. The fragrance is floral, vibrant, and spicy, and will have you smelling like a cosmetics mogul.

Jean Paul Gaultier designed his first fragrance line in 1993. Since then, his perfumes have been perfected and captured the hearts (or noses) of consumers around the world. The designer likes to play with the rigid definitions of masculinity and femininity, which comes across in his work.

“A sensual encounter between all that is feminine and masculine”, the Gaultier² Eau de perfume is both sweet and woody. Gaultier² has just been reintroduced after customers voted to bring back the perfume. 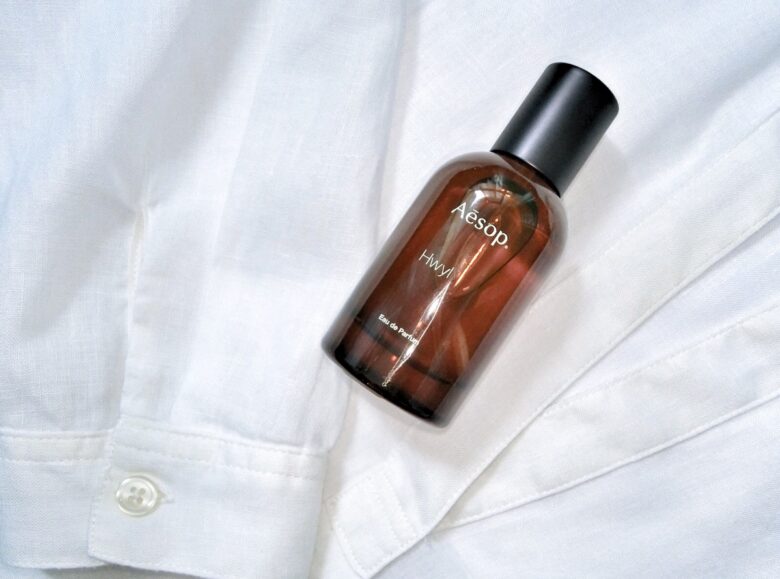 The Melbourne-founded brand gets its name from the Greek fabulist Aesop. Its founder was inspired by the exaggerated claims of competitors. Aesop exists as an antidote to fancy products lacking in substance, by using ingredients of the finest quality.

Aesop’s unisex Eau de parfum Hwyl is subtly spicy and earthy, taking inspiration from the Hinoki forest. Its main ingredients, cypress, frankincense, and vetiver give it its rich scent that is characterized as smoky and woody.

Calvin Klein are widely known for their provocative allure. As they put it: “We seek to thrill and inspire our audience while using provocative imagery and striking designs to ignite the senses”.

This attitude can be felt within their fragrance line. CK All is a gender-neutral eau de toilette, containing key ingredients such as clearwood, bergamot, rhubarb, and frozen mandarin; giving it an irresistible woody-citrusy aroma. 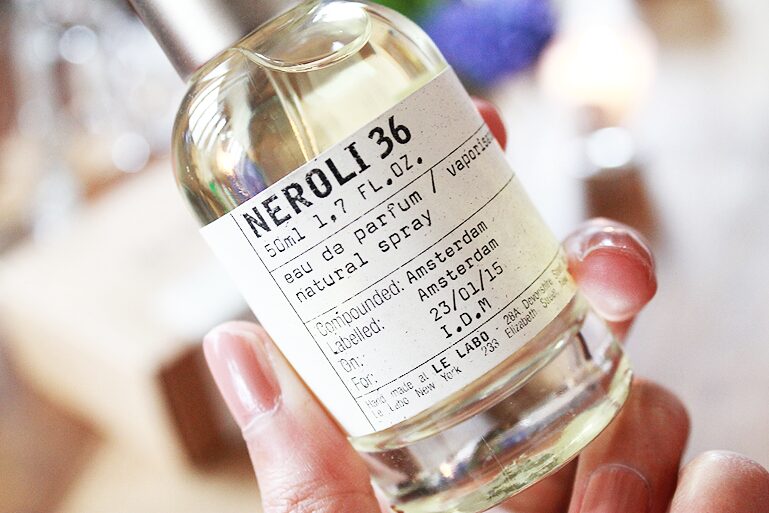 Le Labo take their fragrances very seriously, and it shows in their craftsmanship. They believe that “fine perfumery must create a shock – the shock of the new, combined with the shock of the intimately familiar”.

Neroli 36 is an Eau de perfume which contains notes of jasmine, musk, vanilla, mandarin orange, neroli, and rose. This scent is for you if you’re looking for something elegant yet sensual.

A brand that needs no introduction, but certainly lives up to its reputation! Perhaps the most talked-about luxury brand in the world. Gucci designs are unmistakable, presenting a modern spin on classic Italian elegance.

Their fragrance line is just as iconic as the brand’s history and influence. Mémoire d’une Odeur is a universal eau de parfum with a floral scent that blends Indian jasmine with Roman chamomile. Notes of cedarwood, vanilla, and sandalwood are also identifiable. 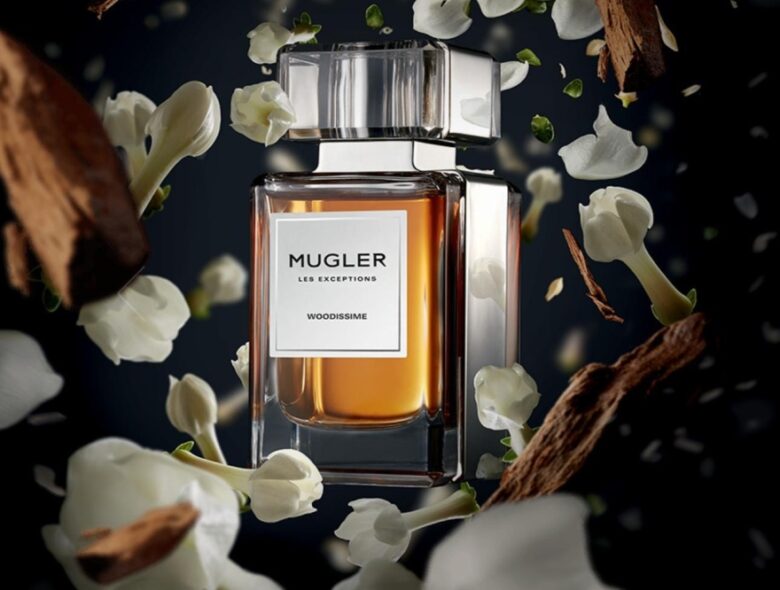 Thierry Mugler’s couture creations have enchanted the world since the 1970s. In 1992, he introduced his first fragrance, Angel, which came in a refillable bottle.

His legacy lives on in lines such as Les Exceptions, a collection of fragrances created as a solution to gendered perfume. Woodisme is an Eau de perfume inspired by Thierry Mugler himself, encompassing woody, fruity, and flowery notes: Osmanthus flower, cedarwood, patchouli, sandalwood, vetiver, and Oud.

Escentric Molecules fragrances are not like any other perfumes. The secret ingredient behind the brand’s success is an aroma-molecule which cannot be found in nature. Named Iso E Super, it was created in 1973 in a laboratory at IFF.

Molecule 01 consists only of the molecule Iso E Super, and is described as an intoxicating aphrodisiac, characterized by “hyper-modern cedarwood note with a velvety sensation”. The molecule creates an intriguingly-subtle aura around its wearer, released in intermittent waves. For those who come into contact with it, it has a comforting and cocooning effect, inviting them to nestle into it.

Now that you have an idea of fragrances that might suit your style, your next best step is to try them in-store and see how they actually smell on your body. Better yet, take a friend with you for a second opinion.