George Churkin isn’t like other graphic designers. A unique talent out of Sochi, Russia, the 36-year-old has created animations at the highest level throughout his life. With over 15 years of experience and 500+ motion graphics created in just about any business sector you could think of, Churkin’s track record speaks for itself. Whether it’s a project for a startup business or a big-time project on its way to getting nominated for an Oscar, Churkin has mastered his craft and is only getting better with time. 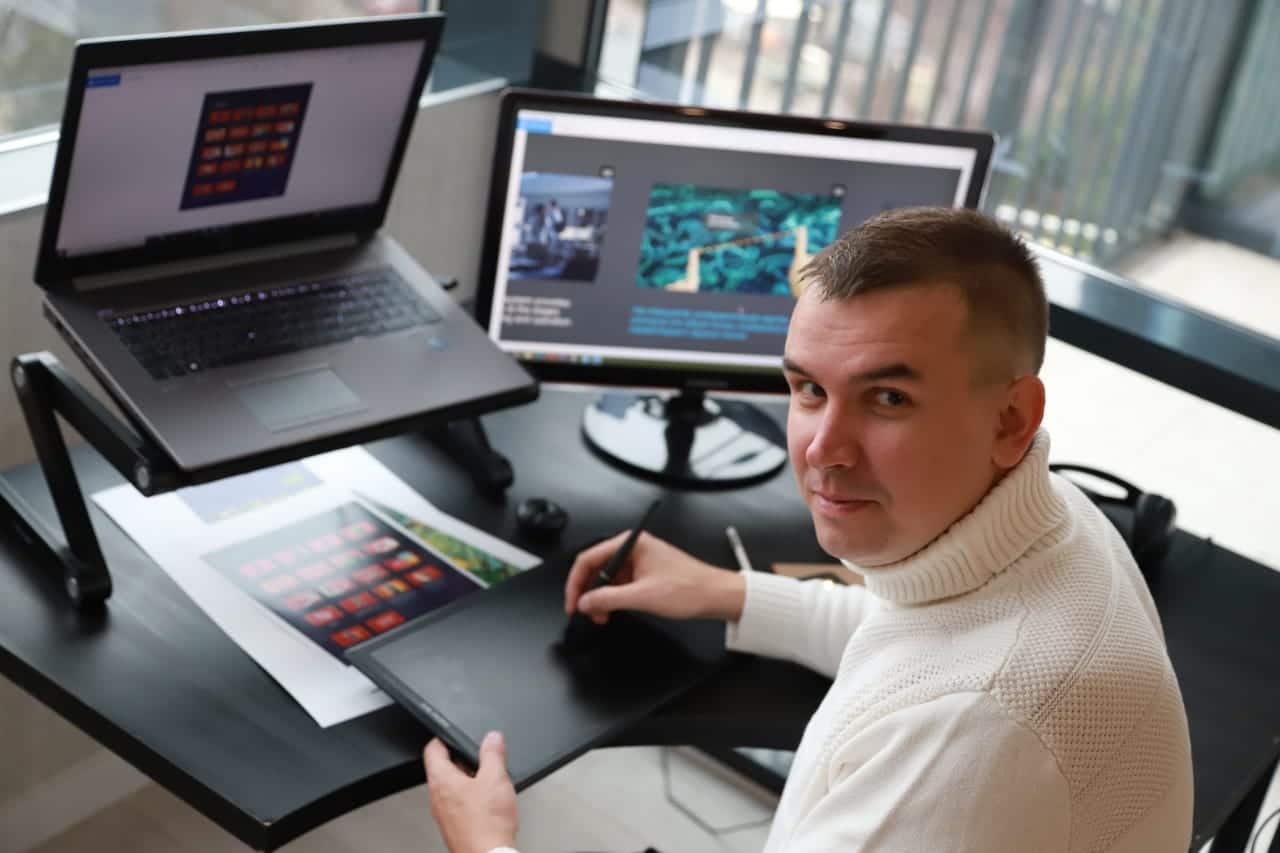 A Young Boy with a Big Dream

Graphic designer George Churkin attended university in Yekaterinburg, Russia, where he received his Bachelor of Design from the Ural Academy of Architecture and Art in 2009. His specialization is in graphic design, but graphic design has been in Churkin’s blood long before getting that diploma.

As a young boy, George watched the popular “Toy Story” film by Pixar and was inspired by its 3D animations. After seeing the film, George felt that it was his calling to create cartoons for children. George knew exactly what he wanted in life from that moment on and focused solely on getting educated in the arts. After seeing the film, George ran off to the store where he bought a book about 3D animation and sat up all night at his computer studying it. His love for animation only grew stronger and his skills got better and better.

By the 10th grade, George was preparing himself very seriously for university education. This did not come easy to George though, and he had to overcome many hurdles before getting where he wanted to be. George’s parents wanted him to be an economist and Ural Academy, the school he dreamed of attending, had an entrance exam that required drawing by hand. Churkin had a specialty in computer design, and he worried that he would possibly fail his entrance exam. However, with intense preparation and dedication, George persevered and was accepted into Ural Academy.

While at Ural Academy, George Churkin greatly improved as a graphic designer. Specifically, his skills in 3D modeling, 3D animation, and 2D animation exponentially grew. Many of the older students at the Academy even asked Churkin for help with their graduation projects because of how good he was. George progressed through his university education and graduated with flying colors. The doors were now open for Churkin to take the animation world by storm, and to realize his childhood dream after being inspired by “Toy Story” years earlier. 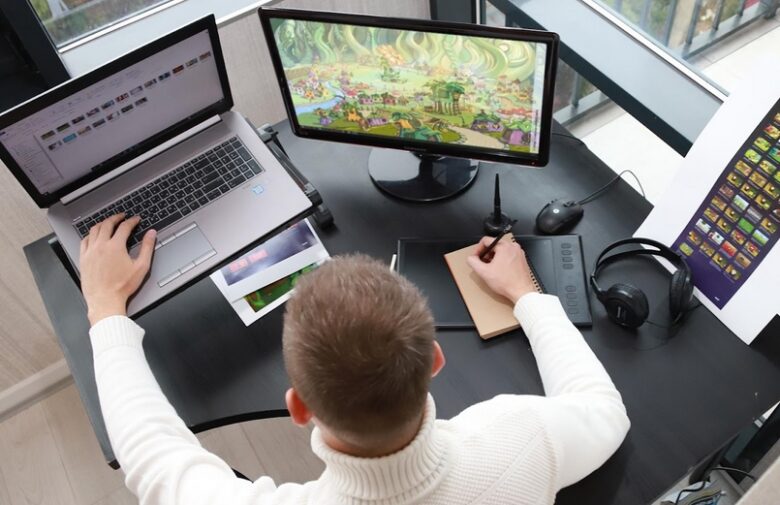 After his graduation from Ural Academy, George Churkin immersed himself in the world of animation and used the skills he learned at university to provide extraordinary work for his clients. He is the owner and artistic director of Fortit, a company that produces documentaries, feature films, 2D animated videos, and 3D animated videos. Additionally, with the help of his wife, Churkin created a company called Innovation Visual Technologies. IVT helps companies develop logos, create websites, and publish 3D animated videos.

For several years George Churkin and his team developed package solutions for companies to help his clients create animated videos for their websites. The videos would showcase the features and benefits the company provides with their products and services. George knows how to create animations that make the decision-making process to buy from a company faster and easier. His work has made it possible for companies in 10+ countries, including Russia, Germany, and the US to effectively sell their products and services using George’s animation skills.

George Churkin also provides services on the popular freelancing platform Upwork, where he has helped clients internationally with 3D modeling and 3D animation. The projects have varied from small scale jobs for businesses to large scale projects with high level individuals.

As time passed, George felt drawn to focus on creating animated films and live out his childhood dream. So, he and his wife moved from Yekaterinburg to Sochi, where George had the opportunity to work with large Russian corporations such as Rosatom, Roskosmos, Russian Railways, and more. The projects George produced consisted of creating videos for documentaries on historical figures, cities, and technology.

The work George did in Sochi paved the way for him to start creating animations for children. So much so that he created “SeedsKids,” his own animated series for children aged 6-9 with an aim to educate and inspire people to instill a respect for nature and for each other. The project was met with raving reviews and was the purest expression of George’s talents. Years of hard work and training in graphic design, on his own and during his time at Ural Academy, allowed him to truly express just how much he can do with his work. 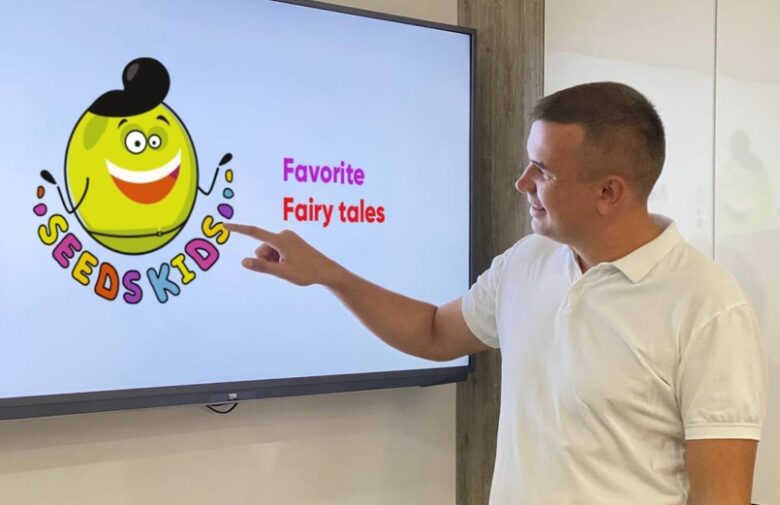 Renowned for His Outstanding Work

George Churkin has been recognized for his phenomenal work and received many awards along his journey as a graphic designer. He earned first place at local competitions on multiple occasions, such as Metal Vision 2018 and Infinet Wireless. These, along with his many other accolades and accomplishments can be viewed here.

Even more impressively, George has been invited by one of his clients in the US to help him create a 3D feature film. That client is Trivver. The company creates projects with virtual reality. The project is ambitious and George is beyond excited for the opportunity to showcase his skills on the biggest stage. Upon competition, the project will be sent to all sorts of animation competitions.

So Many Great Things to Come

The projects George Churkin has worked on throughout his career as a graphic designer involved the use of 3D graphics, 2D graphics, video filming, and video editing. Whether it was his time helping companies sell their products or creating films for some of the most well-known corporations in Russia, George has continuously applied the skills he honed at Ural Academy over the years.  As time has gone on his work has only gotten more ambitious and he undoubtedly will continue to rise to the occasion.

Ways A Caribbean Passport Can Be Beneficial To You