Is your partner or sibling a staunch Star Wars supporter? Has the cult classic been ruling your household for some years now? Star Wars is one of the most legendary franchises that has played its cards right. While most get snubbed or lose their story plot midway, Star Wars has continued to hold fans tight in their seats for more than three decades and continues to do so with their recent TV series Mandalorian. Also, a fair warning, if you have not watched Star Wars, reading this article might invite unprecedented spoilers, so beware!

If anything imitates space to its spitting image, it is Star Wars and will continue to do so for the next hundred years. The fans won’t hear its end, and it will last as long as the sun shines in the sky or the moon orbits around the Earth. Such is the fanaticism for Star Wars, and there is nothing you should do about it but appreciate. So, if your Star Wars buddy’s birthday is around the corner, the following are the best gift ideas you can bestow them with this holiday season. 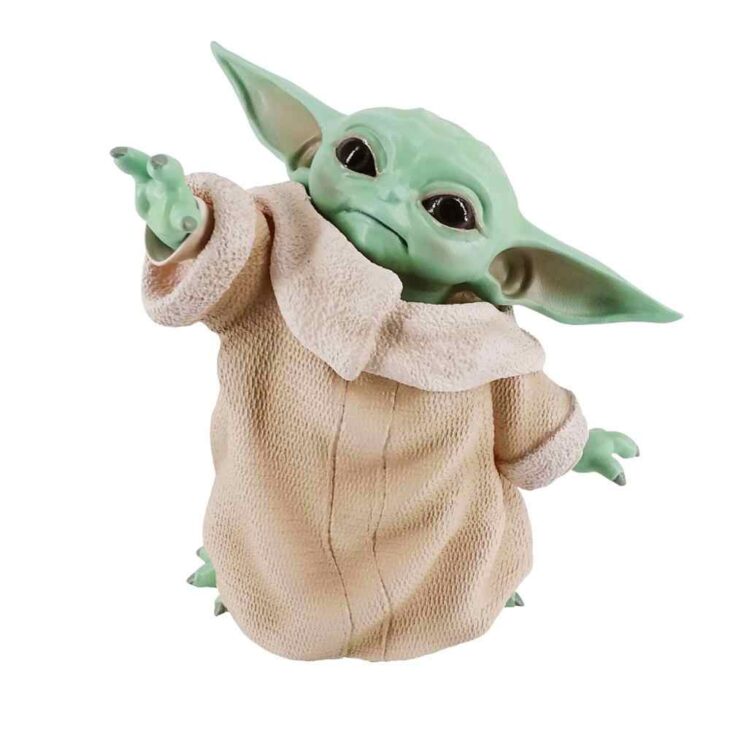 Although everyone lost their heads to see Pedro Pascal as ‘The Mandalorian,’ it was Baby Yoda that caught the eye of the world regardless of whether they have watched the show. The cuteness and the sheer aesthetics made everyone go gaga over this little man’s chemistry with the most rogue bounty hunter in the universe. Your partner, friend, or sibling will definitely appreciate the gesture if you give them a Baby Yoda figurine. They can add it to their collection or start a new one based on how devoted a fan they are to the franchise. 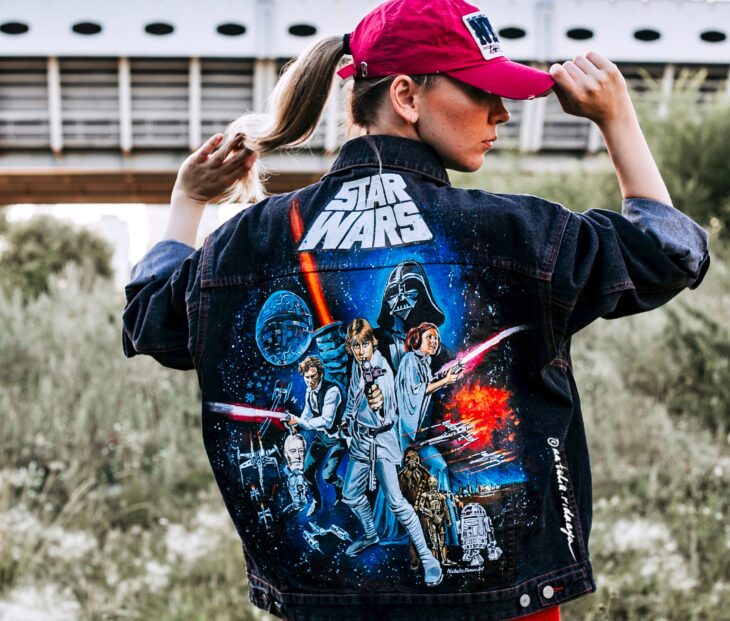 What better screams that you are a Star Wars fan if you do not have clothing merchandise from the show? Just like Sheldon wore ‘The Flash’ T-shirt in The Big Bang Theory all the time, your friend or partner can too, this holiday season. A star wars customized hoodie will be their next best piece of clothing in their wardrobe, and we are not even exaggerating the comment here.

There is nothing more satisfying than seeing yourself in the clothing merchandise of the franchise to which you have devoted half of your life. So, get that Chewbacca or R2D2 hoodie today and surprise them with the best gift of all time. 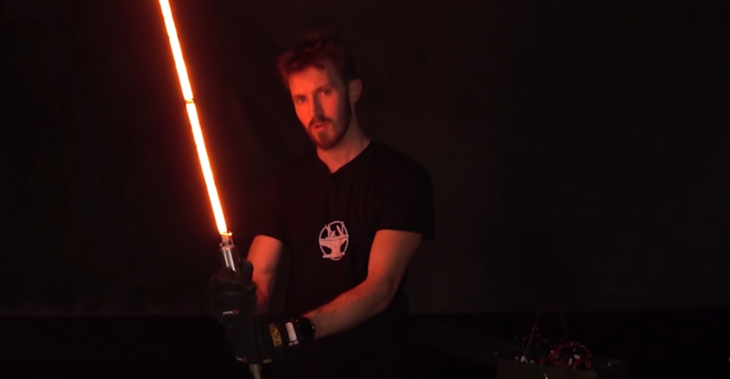 Every Star Wars fan knows what having a LightSaber means in their life! From the gleaming clash, Luke had with his father to the unfortunate death of the Jedi-Master Qui-Gon killed by Sidious’ evil apprentice, there have been combat battles that we have all wanted to imitate. Now, you can get your partner (or kid) their very own LightSaber with ziasabers.com.

Although the weapon isn’t real, you get as close as you can to the real deal with Zia Sabres. From the hilt design to the saber color, may the force be with you on your endeavor to conquer the universe, starting from Tatooine. 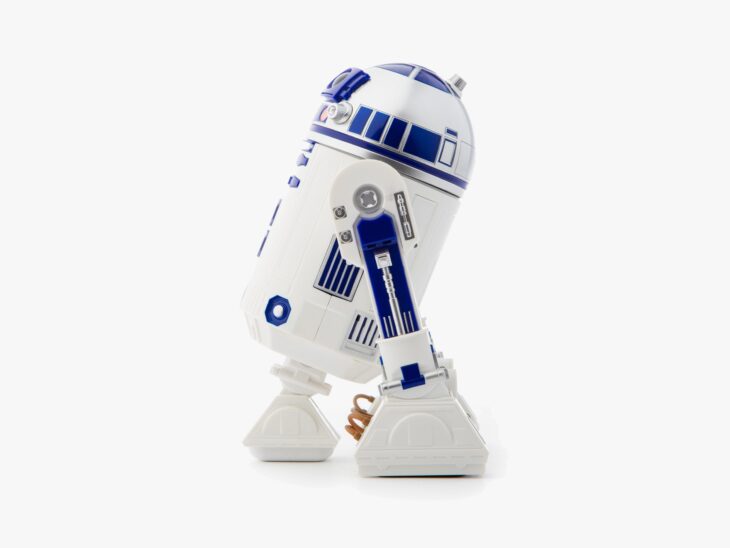 Okay, yes, there has been an R2-D2 Droid in the market all along, and you can have it wrapped and delivered to the doorstep of your loved ones. Since the droid is smartphone-enabled, users can control it from anywhere while having their Star Wars fantasies fulfilled. The droid also features a “Patrol-Mode” that prompts the device to navigate your entire home, making authentic R2-D2 noises all the way. Isn’t it wonderful, their own mini R2-D2 droid for a lifetime (Be right back, going to cry)? 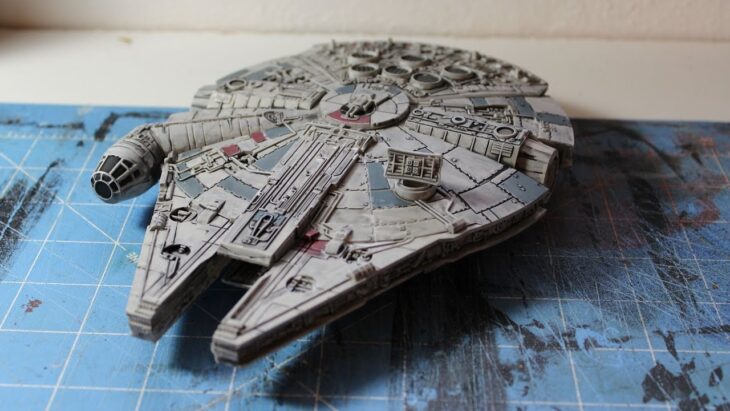 Formerly known as Stellar Envoy, behold the Millennium Falcon, Han Solo, and Chewbacca’s adventure partner. Every fan has dreamt of traveling at least once in the Millennium Falcon, be a part of the bigger battle of Han and Leia’s love story and Chewbacca’s torpedo experiences. Therefore, a lego or DIY model set of the ship can resurface all the feelings that have been snubbed by the inability of the fantasy to turn into reality.

The Millennium Falcon is bigger than anything; it symbolizes how the resistance won over the dark force; material evidence of how good conquers over evil. As a result, gift your friend a DIY set and help them expand their fantasy collection beyond limits. 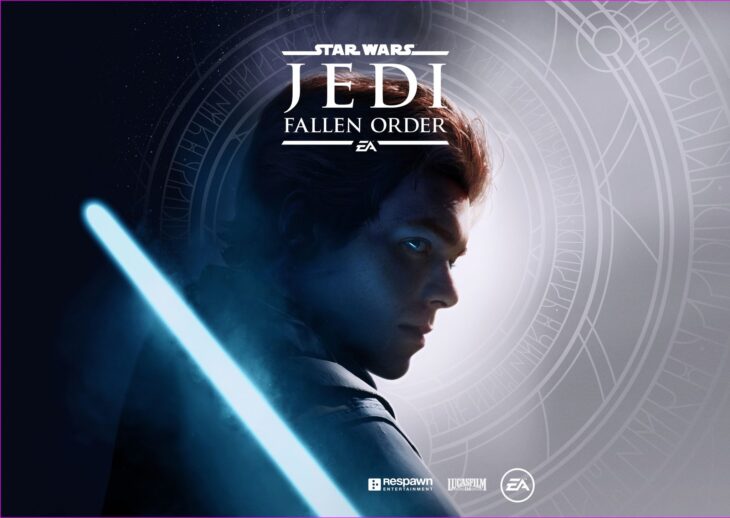 If your little kid (or the bigger one) is a Star Wars fan and a gamer simultaneously, why not merge the two and give a gift that falls under both categories? Yes, the Star Wars franchise has also launched a series of games, and the newest one in the collection is ‘Star Wars Jedi: The Fallen Order.’ The video game depicts the story of a young padawan running from the Empire and trying to fight off the dark forces.

And do you know what the best thing is? It is available on both the PS4 and Xbox. So, you do not have to worry about which gaming console your boyfriend owns; get the game today and surprise him with the best birthday gift anyone could have imagined!

Just like every young padawan seeks the guidance of their master, we are here to guide you with the best gift ideas for Star Wars fans. It takes a person’s sweat and blood to devote themselves to a franchise as profound as Star Wars. Therefore, it only makes sense if you gift them something related to the best movie franchise and TV series in the world. Please go through the options listed above and let us know what your partner, sibling, or friend liked the most!

Gift-giving is a practice that involves a lot of thought. Granted, some people do not possibly want to put in that kind of effort, but if you are planning to gift someone on their birthday or this holiday season, do it right by flooring them with a present they cannot imagine. It will show how much thought you put in and what it took to get it right.

7 Common Myths About Cryptocurrency Most People Think Are True

11 Makeup Tips for Older Women Going to A Party

Looking Out What to Give Your Grandma as...