Girl On Girl: Why Are Lesbians Always Friends With Their Exes?

A few months ago, I was trying to find something to do on a Saturday night after my initial plans fell through. I scrolled through my recent texts to search for someone who lived in New York and didn’t work on weekends. On an average day, I text anywhere between 20 to 30 people. This always includes my mom and the staple friends in my life and the rest are filled with people I’m dating, various friends I don’t text every day, and exes.

On this particular night, I was really feeling the disparity between my overwhelming social life in Los Angeles and my getting-my-bearings social life in New York (Winter does not foster the growth of friendship). I came to a realization and immediately texted a friend: “I’ve been romantically involved with 15 of the last 20 people that I’ve texted.” Naturally, that person was an ex. 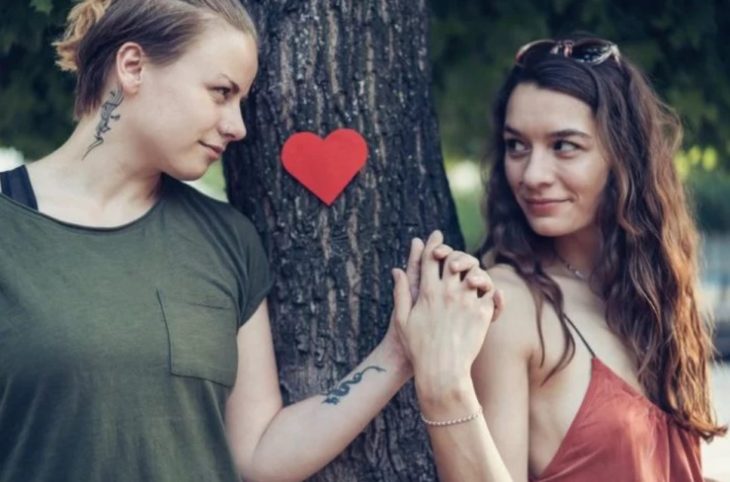 I try not to subscribe to cheap lesbian stereotypes – lesbian bed death, UHauling, excessive feelings – but I find that there is some truth to the idea that lesbians are always friends with their exes. Lesbians can be uncomfortably close to their exes, in fact. I know several lesbians who have ended up being roommates with their exes after the breakup. Three-year relationships end up as very close best friends. Girls confiding in their ex-girlfriends about their current relationship problems. Girls bridesmaiding in their ex-girlfriend’s wedding. For any straight couple to do that, you’d commend it as sophisticated and forward-thinking or speculate on whether the idea of a platonic friendship was a delusion. But, for any lesbian, this is commonplace, pretty non-threatening, and only occasionally messy.

I find myself in these situations pretty often. Here, “ex” is defined pretty loosely. I’m not a relationship person, so aside from three ex-girlfriends, ex means anything that resulted in significant feelings, from a couple dates and a lot of flirting, to bad attempts at casual hookups, to people that I actively dated for several months.

I’ve received strings of late night text messages from girls that have loved me asking for my help in interpreting mixed messages they’re getting from the person they are currently pursuing. I regularly meet with some exes for drinks or coffee. One of my exes is one of my closest friends and our friendship is sometimes more emotionally intimate than my actual relationships. She has consoled me through breakups, is often the first to read my writing, and is one of the first people that I bounce ideas or decisions off of. She’s one of my people and briefly dating gives us a greater understanding of the way we work. It fostered the friendship. Of my exes, I don’t even need one hand to count the ones I’ll probably never talk to again.

It happens all the time. Sometimes, the relationship immediately transitions from sexual to platonic and you hang out just as often, but without the romantic vibes. Sometimes, there’s a long gap of silence until you run into each other and reconcile. Other times, the communication is stale until someone starts thinking of reasons to talk to their ex again. You know, they forget that Yelp exists and instead text out of the blue asking for restaurant recommendations. I don’t even live in the city anymore and an ex-girlfriend will still ask if I know about anything cool going on in Downtown Los Angeles. 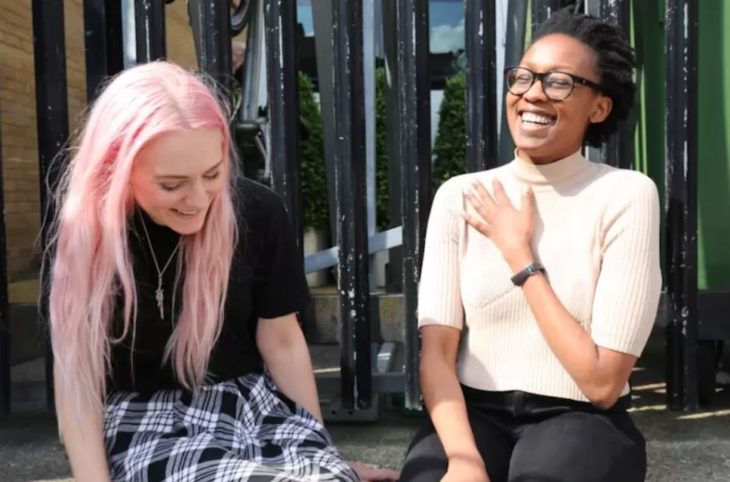 There are a lot of explanations for this difference. The most obvious one being that people stay friends with their exes to keep tabs on their life. This is often motivated by competitiveness over who is winning the breakup and finding out who is dating someone new first or whose life completely unraveled, post-split. Regardless of the gender of the person you’re dating, breakups are always going to be a little petty and people always want to come out on top. Women already have an inclination towards these kinds of friendships. An ex is a frenemy. The kind of friend that you’re never sure if you’re actually friends with until they try to sabotage an entire arena tour by hiring a bunch of people out from under you and then you write a song about them with a video that features a bunch of your carefully curated female friends. The only difference is that this kind of frenemy is one that has also probably gone down on you.

I think that the idea of staying friends with someone to satisfy schadenfreude is becoming a thing of the past though. The need to maintain a friendship in order to know what is going on in someone’s life isn’t really necessary when you can keep tabs through various forms of social media. It’s also a lot easier to handle finding out that your ex has someone new when she posts a #WCW rather than having her tell you to your face over coffee sometime.

Another side of it is how society has historically encouraged the idea that male-female platonic relationships are not realistic. Even Buffy falls for Xander in the comic book series. Depictions of marriages show women only having female friends and men only having male friends. I’ve seen many women jump into heterosexual relationships and slowly lose their close male friendships. A quick search through Yahoo! 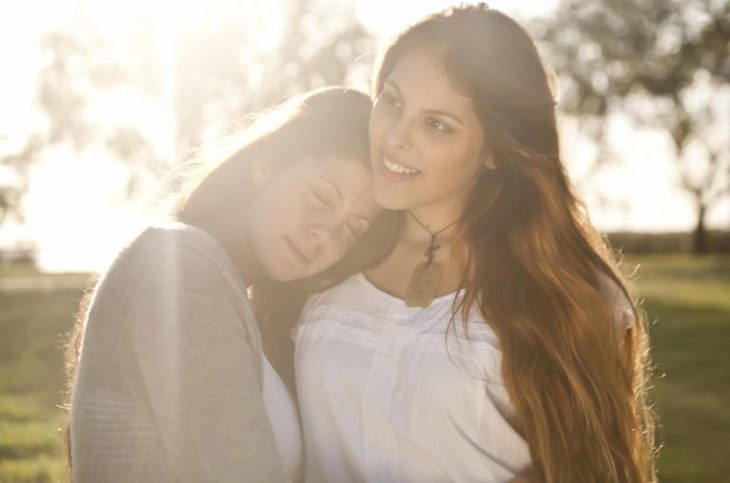 Answers and other advice areas show women or men freaking out and asking for advice when they see that their significant other got a text message from someone of the opposite sex. There is still a little bit of that antiquated gender social segregation. People in same-sex relationships can’t share the same paranoia.

Women are also more elastic when it comes to their same-sex friendships. This means we tend to be more forgiving. Women are socialized to express their feelings. We vocalize when we’re upset. Fights happen over forgotten birthdays or that time you and your best friend slept with the same person and, most times, there is a reconciliation and the friendship is repaired. It’s only natural that the same thing happens with same sex relationships. Your girlfriend is also a close friend and there are a lot of experiences, memories, and feelings there. It seems crazy to shut that all off because the romantic relationship didn’t work out.

The lesbian community is pretty small. There are only a few places you’re going to end up going. It’s inevitable that you will hear about your ex through friends or see them at the same bar. You will most likely have mutual friends or, god forbid, pursue the same girl. I’ve fortunately never been in that last situation, but two girls I was trying to date were, and it was awkward for all of us. Because of this, it’s a lot of work and discomfort to hang onto all those bad feelings. That’s reason enough to be amicable. So, you’ve forgiven and you are constantly seeing this person that you had a strong emotional connection with. It seems like a natural step to fall back into certain habits. You’re maintaining that emotional bond, even if you aren’t sleeping together. Imagine that your ex is inescapable. Why would you actively fight being friends with them?

While it has always been historically easy for straight people to break up and never talk to each other again, there’s been a recent shift with increased use of social media. You used to be able to get mad, change your number, move to a different city, and never see your ex again. Now, we’re so interconnected, that the idea of deleting an ex from every single social media account is drastic. Most people are uncomfortable with that kind of permanence. So, instead, we see our ex’s dinner on Instagram, the events they go to on Facebook, their banal tweets, the embarrassing playlists they create on Spotify, whatever people put in their Snapchat stories, and we’ve become overexposed. As a result, we’re all becoming de-stimulated to the idea of our exes living without us. 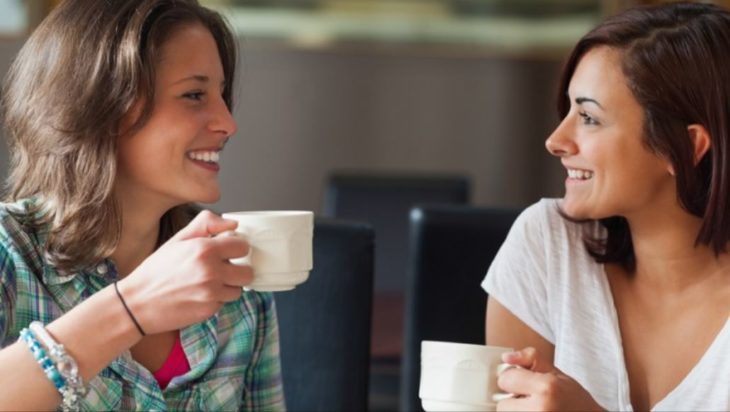 Lesbians have dealt with this for decades in real life. The internet simultaneously grows and shrinks the world. There’s more to reach out and discover, but it can also force you to stay connected to what is already around you. Exes will no longer be this looming phantom figure that makes your stomach drop when you hear their name or see their face pop up on Facebook. So why not just be friends if you’re feeling it?

Make It Stop: “My Just-Dumped Friend Needs More Of My Time Than I Can Give”