True Story: I Transitioned From Female To Male

As told to Lauren Gitlin.

It was always kind of under the surface, this idea that I wasn’t quite comfortable with my body. I remember looking at this book my parents gave me when I was 8 years old and I saw drawings of what men’s bodies were like and what women’s bodies were like, and how bodies changed through puberty. And I remember identifying more with male bodies, like that was the kind of body I wanted.

There are some trans people who don’t do anything to modify their bodies and still identify as trans. There are many ways to go about transitioning, and everyone is different, but I knew I was done with my breasts. 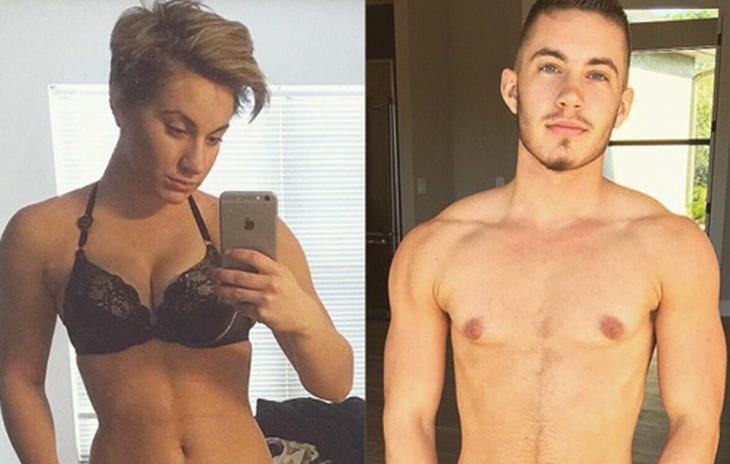 When I was 16, I came out as bisexual. Then a few months later I came out as gay. It’s funny – even then, I identified more with gay men than lesbians. Coming out addressed my sexual preference, but not my gender identity. At that stage I didn’t really have an awareness that they were different. I never thought I could change my body. I didn’t know any transgender people. There was this idea that they were out there, but I never thought I could have that life for myself. I remember seeing the movie “Boys Don’t Cry” with my parents. It was right after I got out of high school, and way before I started dabbling with transgender issues, but I definitely identified with Brandon [Teena]. I could see what was possible. I thought, That looks cool but: A) I probably would be honest with people I was with and B) he got raped and killed by his friends, so maybe it’s not so much of a good idea. That was a depressing movie.

The first trans guy I met was someone who’d gone to my college. I met him before he transitioned, but I didn’t know him that well. Then I saw him again after he transitioned, at [the outdoor Brooklyn music festival] Siren Festival. He was dancing without his shirt on. I thought it was awesome because I would’ve liked to have danced without my shirt on; I’d always hated my breasts. They were heavy and I thought they were gross. Seeing how free and liberated he was stuck with me. 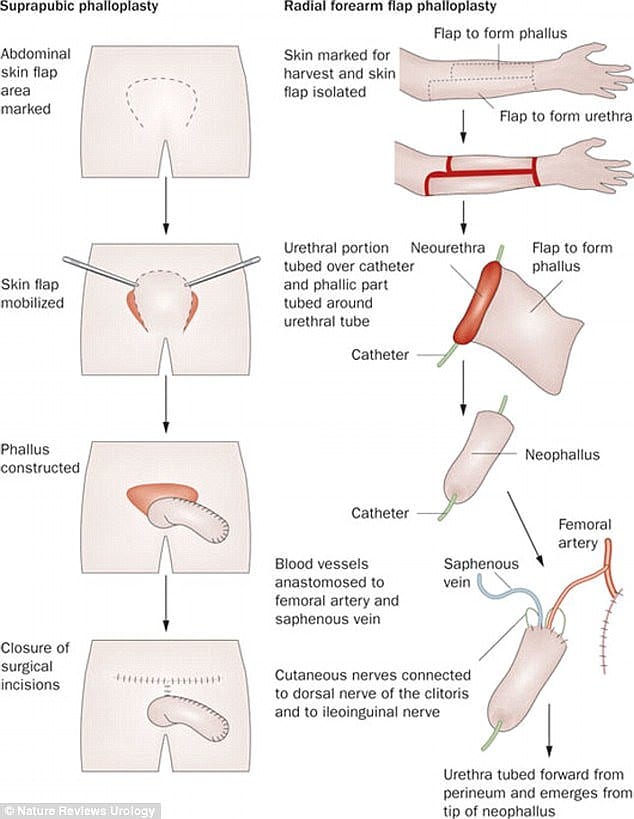 I didn’t start really experimenting with gender-bending until 2006, right after my girlfriend of two years and I broke up. After a breakup, it’s time to re-evaluate yourself, I guess. There’s more time to try new things and figure out what makes you happy. I went to [sex toy shop] Toys In Babeland and bought a soft pack. I started wearing it, like, all the time. Even though at that stage, I was still identifying as female, as Delia, it was one way of being seen as more masculine. It just felt right. I could tell it was an indicator that I wanted to move in the direction of becoming more male in my presentation. But it was scary. Although it felt good to me, it was something that I knew other people might not understand, and I myself was still trying to understand it.

Around this time I also started binding my breasts. Occasionally I would ask a friend to wrap my boobs, but we never could find enough Ace bandage. My tits were huge — 36DD! I eventually bought a binder, which is sort of like a really intense sports bra, and I started wearing it in public. It felt awesome. In the meantime I was doing a lot of improvs, which was freeing, because I got to play male characters.

But even with all of this, I was still unhappy. Going to the gym wasn’t enough. No matter how much I worked out, my body wasn’t what I wanted it to be. Even in my best shape it wasn’t right.

In April of 2008 I did a one-person performance piece where I played a female character I created and I very much felt like I was in drag. It was the last time I wore a dress. After the show, I remember changing out of my costume and putting on my binder and soft pack. It was then that I knew I had to change. Immediately after that show, I got in touch with a friend of a friend who’d transitioned and we had a lengthy talk. I really had no idea what to do, so he told me to make an appointment at Callen-Lorde, which is a health clinic in New York that specializes in LGBTQ care. By making an appointment, I could talk to doctors and specialists to see if I wanted to move forward medically.

There are some trans people who don’t do anything to modify their bodies and still identify as trans. There are many ways to go about transitioning, and everyone is different, but I knew I was done with my breasts. 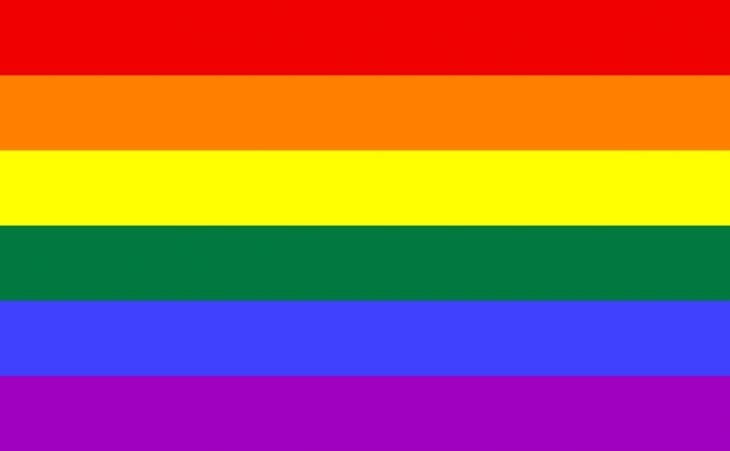 Ultimately, I settled on a surgeon based in Baltimore – I knew someone who’d gone to him and it was a lot cheaper than New York. As soon as I made the decision, everything went really fast. Once I was finally able to admit to myself it’s what I wanted; I went full-speed ahead.

I tried to get health insurance to cover it. They’re supposed to cover 70 percent for a double mastectomy. Breast cancer runs in my family, and my breasts were painful, but the surgeon I used doesn’t deal with health insurance, and, for legal reasons, they won’t lie. I submitted anyway, with the official diagnosis from the surgeon as “sex reassignment surgery/ gender identity disorder,” which I think is kind of bulls**t, but that’s another conversation.

I chose my name on April 20th, one week after deciding to transition. At first, I tried out a few masculine versions of my female name. I really loved my old name – Delia — but I found people just called me nicknames or “D,” and I definitely wanted something that was unmistakably masculine. Roman was always in the back of my mind.

Once I scheduled the surgery, I was so happy because it was proactive. It felt so good to make an action towards a goal, instead of just complaining about what wasn’t right. I drove down May 13th with my friend Tom, who’d been through the process as well. We went down a day early for the consultation and the doctors took a look at my boobs. It’s actually an outpatient thing, if you can believe it. The procedure took just a few hours. They put me under anesthesia. I was terrified it wouldn’t take, but they had me count down from 10 and I don’t remember anything past six or seven. When I woke up, it was hard to move my arms and I was very sensitive and very sore. I had to wear drains to drain out all the fluid and a vest for about two or three weeks. For the first three days, I just lay on my back, slept, ate Chinese food and watched “Weeds.” It was probably three of the best days of my life. My only regret was not doing it earlier. 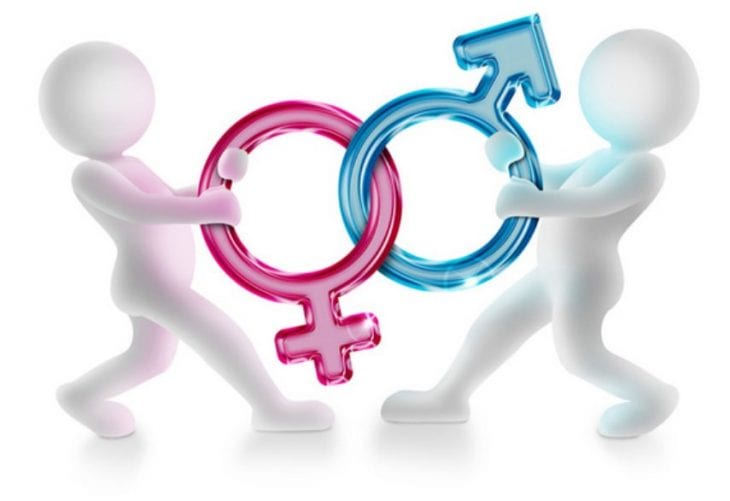 I started testosterone therapy shortly after I had my top surgery. It took about a month for me to start seeing a change. The first thing I noticed was that my voice dropped. Then my facial hair started to grow in. My clitoris got huge, which is pretty rad. I stopped getting my period, another plus in my book. They say fat goes from your hips and waist to your belly, but I’ve also lost some weight. In general, it’s also easier to build muscle. My shoulders got broad — I loved that. It’s just like what would happen if I were going through puberty as a male, but it’s happening later in life.

It takes up to five years for the changes to be complete, but most are made in the first year. I’ll probably grow more facial hair and more body hair, my voice might deepen more and fat will continue to redistribute, and my clit may get bigger. As for getting bottom surgery, if I could snap my fingers and have a penis, I’d do it in a heartbeat, but I like my vagina, it’s cool — we have fun together. Plus, I have yet to finish paying for top surgery. Bottom surgery is way more expensive. From what I’ve heard they have yet to really get as good with bottom surgeries for female-to-males as they have for male-to-females here in the States. The fact that my clitoris is bigger help. Sorry if this is TMI, but I can put it inside a vagina, and while it’s definitely not much, it does the job.

In the last year or two a lot more awareness of the issues of gender has been brought to the forefront, between Isis on “America’s Next Top Model” and Chaz Bono in the news. It’s definitely cool, but it’s a mixed bag because we only see what the media chooses to show us. Interviews and reality shows are edited for drama. A friend and I were interviewed on CBS right after Chaz came out, and the way they presented it was so sensationalist. The clip was this deep voice saying, “Women who became men,” in a menacing “hide your kids!” sort of way. In the interview, I mentioned that Chaz’s transition was important because our ideas about gender affect everybody. But of course they left that out. 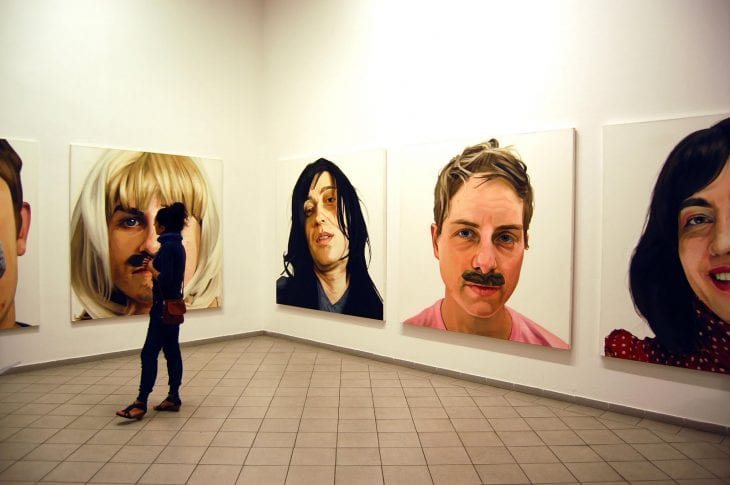 Source: The Body Is Not An Apology

My own ideas about gender have evolved even since I’ve had my surgery. Part of me feels that the gender dichotomy is too simplistic. What if you don’t identify as male OR female? I do feel like, on the spectrum, I’m closer to the male side, but I don’t identify as either. When you’re born, you’re told you’re either a girl or a boy, but people who are born intersex are often “made” one or the other. We spend our whole lives being told that the body we’re born into dictates our identity. We’re separated by gender — with bathrooms and locker rooms, something as simple as marking the F or M box on applications and forms. Products are marketed separately for men and women most of the time. It’s just another way to separate us and make us alienated from one another. Nothing will change unless we question it and figure out other ways of existing.

Original by By: Roman Rimer

6 Ways Men Can Speak Up About Their Sexuality