Girl Talk: I Was The Victim Of An Internet Nanny Scam

About a year ago, the ad agency I worked for let me go and while I looked for another job in advertising, I started babysitting to pay the bills. It was somewhat surprising to me how much I liked working as a babysitter: the hours are flexible, the pay is under the table, and you get to tell your co-workers what to do. However, things took an unexpected turn when June arrived and summer vacations began. I had assumed that with the kids being out of school my hours would increase. I was dead wrong; all my babysitting jobs dried up and I began to get desperate. Like, pricing-out-valuables desperate.

I get all of my babysitting gigs from a very well-respected site (that will go unnamed here). I began trolling the website multiple times a day and applying to everything in a 15 mile radius. “Looking for a nanny with infant experience” — hey, I was an infant once! “Must be fluent in Spanish” — dame trabajo ahora! “Must have your own car” — I could probably dig up a vehicle somewhere!

I was frantic, until one day I saw an ad for a nanny position posted by a woman named “Santina.”

I am using her “real” name here a) in case she posts something again and b) because fuck her. Santina said she was looking for someone to babysit her 18-month-old son for 45 hours a week and she requested that applicants email her at [email protected] (This is her “real” email address. Please feel free to email bomb her ass.) I quickly sent her a note with a brief introduction and was thrilled when she wrote back to me. 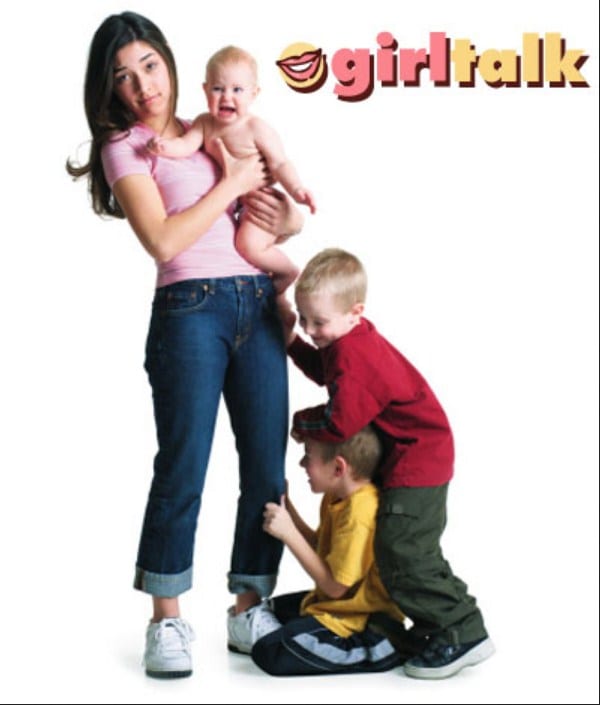 Santina told me she was in England due to a death in the family and would only be able to contact me via email as roaming charges were monstrous. (RED FLAG #1!) She asked me several legit-seeming questions regarding my background, but her English was more broken than a Kardashian’s wedding vow. “Will be nice to have a personally interview so as to create a concrete ground with the hope of all best expectations,” she wrote me. (RED FLAG #2!) I was a little suspicious at this point, but I didn’t want to write off a potential job because my employer didn’t talk good.

I answered all Santina’s questions and received the following in response: “My spirit goes for you but i just can’t take an out right decision on this as i have to discuss about you to my husband and have his own opinion as well and also have him call you.” She attached three pictures to her email: two of a cherubic-looking little boy and one of mom, dad and angel baby. She went on to say, “i would appreciate you getting to me a copy of any ID attached or even photos of you to email so i could show that also to (my husband).” (RED FLAG #3!)

Now, I may be so gullible that I joined the Pen15 Club in middle school, but my momma didn’t raise no dummy. I sent Santina a regular picture of me and hoped all of my mounting suspicions were wrong. She sent me a picture of her, right? She must be on the level!

The next day, I got an email from Santina saying, “(I) am most delighted and also am happy to say congratulations to you as i did have a long discussion with my husband a while ago over the issues and we did review a few applications together but we figured we should let you have the position.” Hurray for me! Then she told me that she was going to send me a check for my first week’s payment in advance.

Holy Mary mother’s helper of God, I was saved! Not only did I have a job, but I was going to have a whole lot of money, too! It was a red email day for ol’ Lauren. I was so excited, I treated myself to not one, but two fashion magazines.

And then doubt settled in.

It was a little weird that this woman hired me after a few cursory emails, right? Most New York mothers are so thorough you half expect them to use the coffee cup they offered you for fingerprints and DNA tests. Still, all this woman had gotten from me was my mailing address and a picture, so how could it be a scam?

My boyfriend was the one who finally set me straight. “You’ve only ever talked with this person over email, her English is really bad, and she offered you a job that’s too good to be true? Babe, this is almost certainly a con,” he told me. Now my suspicions were fully mounted, waving red flags, and shouting a rallying cry of, “Think, you idiot!”

I googled babysitter scams and found the following on the website eNannySource.com:

1. The nanny scammer will offer a nanny job without a nanny interview, usually with a high paying salary.

2. The scammer will usually tell the nanny that they are moving to their town.

3. The scammer will send a forged money order or some other form of payment to the nanny as advance payment, to secure her for the job or for purchasing items. When the money arrives, it is for much more than expected.

4. The scammer provides the nanny with instructions to forward the excess money to a third party (but really it’s them).

5. After you write your own personal check against your own bank account for the difference or you wire the money straight from your own account to the third-party, you will find out that the money they sent is fraudulent and the bank will require you to PAY BACK all of the money you sent on to the scammer (sometimes in excess of $5,000)!

SON OF A BITCH!

Sure enough, a check came in the mail to the tune of $2,980. That morning, Santina (or Satan-a, as I’ve started calling her) sent me another email explaining that her husband’s assistant had accidentally sent me the money for my wages and all her expenses, including their plane tickets. “The situation really knocked me off and i have been pretty sad all through till this very moment and my health situation ain’t helping matters here right now.” Wow, really? On top of every other lie she was claiming to be sick too?! As my very prim and proper Irish Catholic mother put it, “What scumbags!”

I contacted the F.B.I., but I was told this scam is incredibly common and so they don’t tend to give much attention to individual cases. The best I could do was report this to the Post Office as mail fraud and Google myself later to make sure the crooks didn’t use my name and picture for other cons. I contacted the U.S. Postal Inspection Service, but I won’t even talk about the labyrinth of red tape and despair I found there.

So what did I learn? I learned that if you’re offered a job that seems too good to be true, it is. I learned there are evil people out there that think nannies — oftentimes low-income immigrant women — are great targets to steal from. Most importantly, I learned that I am so desperate for a job I am willing to ignore every ounce of common sense I have.

As Santina so eloquently put it, “The situation really knocked me off.”

Everything You Need To Know About ‘Spanx For Your Face’

The Dog In The Bathtub? 10 Crazy Sex Moves