Girl Talk: On Being “That Young Guy With Cancer’s Wife”

When I married Jason on August 7, 2015, the same day as his 29th birthday, we didn’t feel that marriage would change our relationship dramatically. After five years of dating, we were true partners-in-crime who had traveled the world together, raised two small dogs as though they were our children, and enjoyed daily debriefing sessions involving beers and work dramas we called “Power Hours.” Classifying us as genuine best friends would be an understatement. However, when Jason was diagnosed with Acute Lymphoblastic Leukemia (ALL) on April 2, our world and our relationship was flipped upside-down. Everything changed — and I don’t just mean the obvious cancer hurdle. Striving to feel like a normal newlywed couple was, and still is, the most difficult challenge.

No one knows what to say to a 26-year-old whose husband — their friend and co-worker — had just been diagnosed with leukemia. I tried (and still do) to make cancer jokes to show people that I’m still myself, recklessly inappropriate and brash at the worst of times. 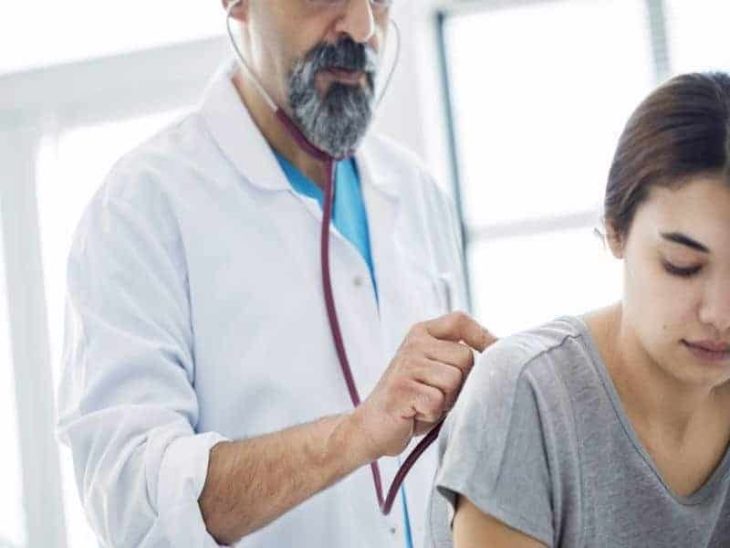 The first lesson leukemia taught me was there was nothing normal about our situation, nor would we ever feel normal again. Like the other 20-somethings we meet in the Royal Brisbane and Women’s Hospital outpatient unit and bone marrow transplant ward in Australia, we subscribed to the myth that cancer only strikes grandparents or those who smoked and lived recklessly for decades. Simply put, Jason was too young for cancer. Likewise, I personally believed that my friends and family would continue to treat me after the news of Jason’s diagnosis like they normally had. Both assumptions were incredibly false. Not only did Jason have to start chemotherapy immediately, but no one would ever treat me as B.B. again. This was apparent at a memorial service for a friend’s father who had passed away a few days after Jason’s treatment began (insert dark irony here). I will never forget the awkwardness that filled the room, the weight of 20 pairs of eyeballs searching my face for clues as to how best to approach me.

No one knows what to say to a 26-year-old whose husband — their friend and co-worker — had just been diagnosed with leukemia. I tried (and still do) to make cancer jokes to show people that I’m still myself, recklessly inappropriate and brash at the worst of times.

Maybe I was trying to prove that it was possible to have a conversation free of any mention of leukemia, and that it was acceptable, even welcomed to have such a conversation with me. Yet, it was apparent that my identity had shifted from normal B.B. to new, situation-appropriate stereotypical roles, such as “carer” and “that young guy with cancer’s wife,” even if I rejected them fiercely.

Additionally, the most glaring reminder of our unconventional married life was reflected in trading newlywed bliss for battling cancer. I was completing my MBA and Masters in Accounting while Jason was working on a fledgling security consulting business. He had been flying between Australia, where we had relocated, and California, where the business venture was being hashed out. Both school and work were abruptly placed on hold. Jason called me from California after he was diagnosed and I flew out with my mother-in-law eight hours later to be with him. It was in the moment that he made that phone call that we realized life was over as we knew it. With me by his side, Jason completed three rounds of chemotherapy (two in California and one in Australia), followed by Total Body Irradiation and a recent bone marrow transplant. As his primary carer, I couldn’t pursue any form of full- or part-time employment. Jason needed me 24/7 to accompany him to his outpatient hospital visits, which at times occurred daily. Not only did I organize his appointments like his personal assistant, but I administered his medications, cleaned his Hickman, dressed a wound he had acquired from minor surgery (a complication from his second round of chemo), and gave him injections (my finest accomplishment to date). 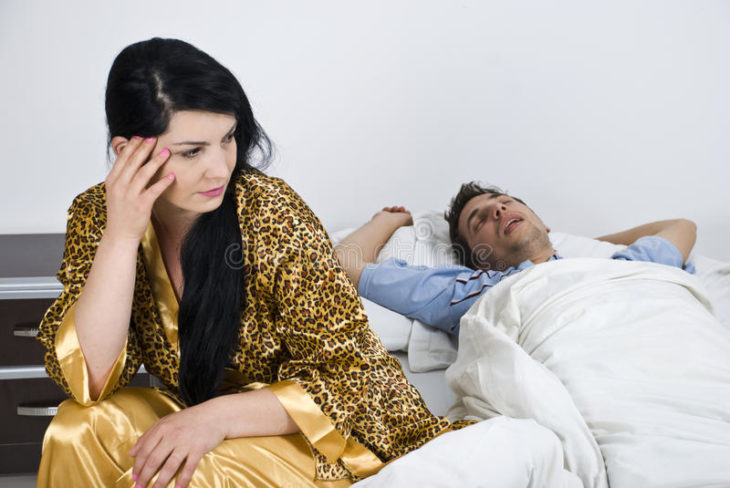 During his last round of chemo before the transplant, I had to hold Jason’s chemo fanny pack in the bathroom while he showered. I thought I was clever by multitasking and drinking my coffee at the same time, wedging my foot in the shower door so it didn’t snap the lines to his Hickman. (A Hickman is a central line of tubes that come out of the patient’s chest and go to the heart for administering anything in IV form, like blood transfusions, fluids, and medications.) I even gave the tubes a good snap and cried, “Mush!” thinking my Australian husband might understand the Eskimo reference. On the worst of days, I would give him sponge baths when he was too tired to shower, feed him inner when he had to lie flat for four hours after a lumbar puncture, or join him in a cathartic cry when he was “sick of being sick.” The normal questions newlyweds ask themselves had incredibly unusual answers for us; we both had no idea what would become of our careers, our finances (which had dwindled down to disability payments), and starting a family, whenever we could even begin to get clucky, now required IVF from sperm we had frozen and left in California.

Our future was a plethora of more question marks than certainties. We were both ferociously jealous of normal newlyweds who got to go on vacation to Cabo, enjoy a few cocktails on Friday nights at a trendy bar, and complain about so-and-so and how they were smarter than their boss. I despised the fact that Jason had to wear a mask to the supermarket when his immune system was demolished from chemo while everyone else who had a perfectly normal life stared at him like Osama Bin Laden in the cereal aisle. My current envy of the month, 17 days after his bone marrow transplant, is the notion of life beyond the 100-day benchmark. Bone marrow transplants require bi-weekly doctor’s visits, medications, and a million precautions for a compromised immune system 100 days post-transplant. There is the assumption that Jason will merely return to normal on midnight of Day 100 like a cancer Cinderella and it will be as though nothing ever happened. However, the 100-day benchmark is an arbitrary one for us. While everyone else moves forward with life, we will carry the trauma of the past five months in the back of our minds, inevitably dealing with the fear that a simple sniffle could be a relapse. 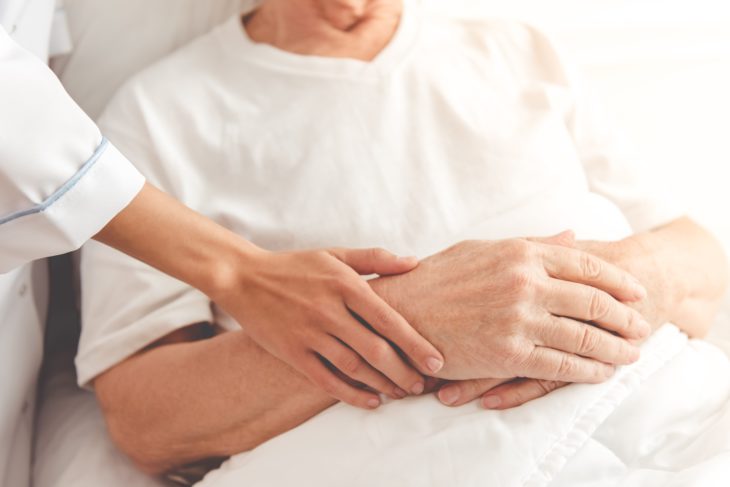 Despite the lack of normalcy, Jason and I have redefined what is ordinary for us. Insignificant pieces of life that were once overlooked are now embraced. For instance, most newlyweds can’t keep their hands off each other, but Jason and I are elated when we can sleep together in our marital bed. When Jason was first diagnosed, the nurses allowed me to sleep in his hospital bed with him, even though it was cramped and the beeping of the IV pumps was relentless. Nonetheless, I remember feeling absolute peace, probably because it was the most normal sliver of married life I was able to enjoy. Likewise, I often refuse help from my mother-in-law — not because I don’t want it, but because doing my own laundry and cooking my own meals are at times the only conventional tasks I have left. I cling to these everyday chores because I am honestly petrified to let them go. As much as I would love to have my mother-in-law pamper me, having her wash my undies and make me tasty curry would only enhance my feelings of abnormality. That would be a stark reminder that Jason is in hospital with a baby’s immune system.

A month ago, Jason and I moved into a three bedroom house graciously provided by the Leukemia Foundation. My favorite activity that has helped me feel normal is collecting little trinkets of daily life for our new abode. Flannelette sheets, a vegetable chopper, and placemats make me feel as though I am moving into my dream apartment from 2009 — yet this time, it has a dilapidated front entrance and is in desperate need of a paint job. Regardless, my positive attitude tells me this is nothing a nice, fake green fern from Target at the front door can’t help. I am attached to this place like a clingy ex-girlfriend. Going home to a house I share with my husband is such a normal luxury, I never want to see it end. The inevitability of moving out feels apocalyptic.

At the end of the day, the loss of routine, regular everyday existence can lead down a dark path; it is easy and inevitable sometimes to whine about everything we’ve lost. Living one day at a time on a shoestring budget without the company of our dogs because they are “too germy” at the moment can be depressing and frustrating. Yet, a second chance at a life with my husband thanks to stem cells from his sister redefines what is fundamental in my newlywed life. I often wonder about when the bulk of this journey is done and we will be spat back out into society. Jason and I both know that we no longer have a tolerance for negative people and situations (translation: no bulls**t), insignificant complaining, and general apathy and laziness towards life. I guess facing death does that to you. Everything tastes sweeter, feels softer, and smells nicer. I am just glad that as his partner-in-crime, Jason and I have traveled this road together and when we feel like no one can possibly understand what we’ve been through, we can look at each other and know that there is at least one person who does.