I am the only woman in NYC who has never gotten waxed. This is a fact. If someone collected statistics, the numbers would definitely confirm it.

You could say I’m a bit of a wild woman. My hair is unpredictable, my nail polish is usually mostly chipped off, I can’t do a pantsuit to save my life and I have all sorts of body hair.

I know, I should be ashamed. I once wondered if anyone would ever love me. You’d think not, but actually, I’ve been married for a year! It doesn’t count, though, because he’s the hairiest man in the world. He’s basically half wildebeest. So he doesn’t notice these things. That’s the only possible explanation.My friends know how to take care of themselves. Many of them wouldn’t dream of having an unkempt vagina or a smattering of leg hair. Some of them have gotten electrolysis. “You should do it! Imagine NEVER having to worry about being a disgusting, hairy animal ever again!” they boast. But most of my friends just go under the wax. That is not an expression. I just feel like it should be. 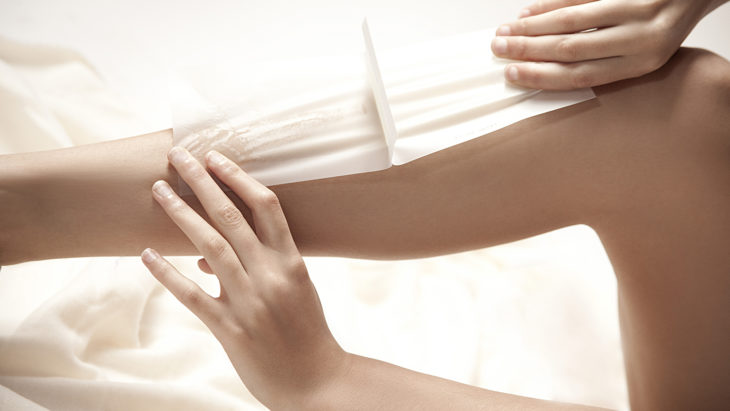 Why have I never been waxed? I hope this isn’t too disappointing, but I don’t really have a good reason. It’s kind of embarrassing. I should be making some sort of point. Taking some sort of stance. It should probably be political. It isn’t.

I have never been waxed because I don’t like pain. When I get a paper cut, I think, “Oh my god, NOOO, now this will hurt for like the next three DAYS. It will affect EVERYTHING.” When it doesn’t affect everything, I am genuinely surprised.

But even more than my aversion to pain and occasional misunderstanding of it, I have never been waxed because I just don’t care enough. I don’t mind the way I look. The guys I’ve slept with haven’t minded the way I look. Once a dude raised his eyebrows and said, “The last girl I dated was Asian. I guess Jews are a lot hairier than Asians.” But I think that was more plain old being-a-jackass than being necessarily opposed to my jungly areas. And he’s the only less-than-thrilled case I have to report (notice how I used the word “thrilled,” implying that everyone else was thrilled? Yeah. That gives you an idea of my sexual prowess. And it’s the right one).

Style 911: A Classy Way To Show Some Sideboob