Rihanna‘s love life has always been in the spotlight. From Chris Brown to rumors about her hook-up with Leonardo DiCaprio, people were always interested in her dating partners. Nowadays, she is much more private about revealing details about her boyfriend, Hassan Jameel. The couple has been photographed together on vacations and dates, but Rihanna has never really talked much about him.

Who is Hassan Jameel?

Jameel is the deputy president and vice chairman of the company called Abdul Latif Jameel, which is his family business. He is from Saudi Arabia and is 29 years old. His multi-millionaire company has a charitable branch, known as Community Jameel. The branch is helping the social, cultural, educational, and economic development of people in the Middle East.

#Rihanna reunited with her bf #HassanJameel and went out for a dinner date in Malibu! ❤️? Who’s a fan of #Riri? ✨

How Did Rihanna And Jameel Meet?

The couple met in 2016. They walked into a nightclub Toy Room in London hand in hand. Later, in April next year, they were spotted in Tokyo. Jameel wasn’t identified till June 2017, after steamy paparazzi photographs in Ibiza.  In the same month, Rihanna’s father revealed some things about his daughter’s love life: „She told me she had a new boyfriend about a month ago. He’s going to have to buckle up, and she’s a hard-working girl, she’s very independent and ambitious. Nobody can tell her what to do. She doesn’t want to be lifted; she wants to get up there herself.“ 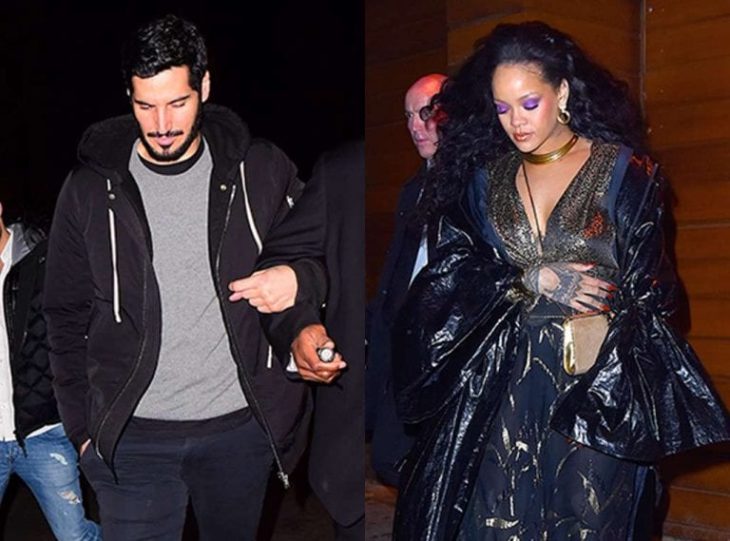 The first time Rihanna mentioned her relationship with Jameel was in May 2018, in an interview with Vogue, saying: „I used to feel guilty about taking personal time, but I also think I never met someone who was worth it before.“

In July 2018, they were pictured in a heated argument in Mexico, and after that, there were some rumors about their break-up. Yet, they are still together. Other rumors were that Rihanna is friendly with her ex, Chris Brown, but a source denied it saying: „I don’t believe they even talk at all. She’s still with her boyfriend, and she is very much smitten.“