9 Reasons Why Americans Pay So Much More For Healthcare

Yesterday, the country collectively dropped its jaw when Martin Shkreli, the CEO of Turing Pharmaceuticals dropped the news that his company would be raising the price of a very important drug that cures toxoplasmosis, Daraprim, from $13.50 to $750.

One thing not mentioned nearly enough, other than the fact that this happens all the time–that’s only going to be the price Americans pay. People in countries with socialized health care, in countries that are allowed to regulate and negotiate the prices of drugs, the pill will cost around $1.73.

Perhaps some are thinking “Well, those countries have to pay way more health care related taxes than we do! I’d rather pay $750 a pill than do that! Who knows if I’ll ever even need that pill!“ 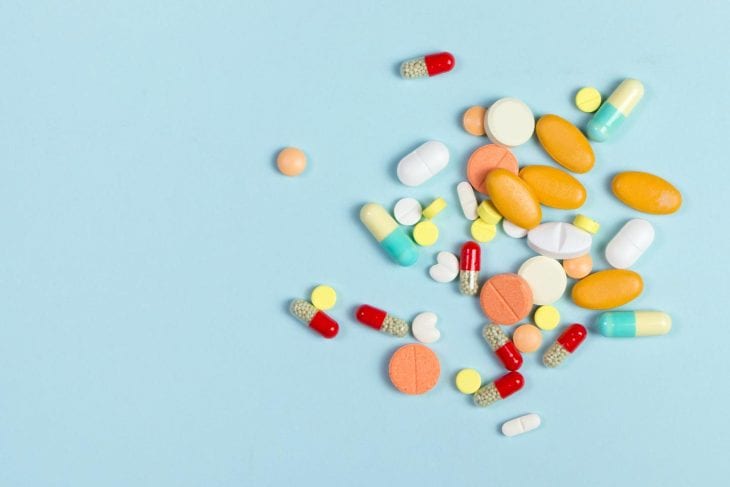 But the fact is–Americans actually pay more in health care-related taxes than any other country on earth. In 2012, the year before Obamacare was launched, the U.S. spent an average of $8,745 per person in health care related costs–$2000 more than the second highest spender, Norway. Now we pay something like $9000 per person– and while Obamacare is better than nothing, we don’t get the same bang for our buck that people in other countries do.

In addition to that, we spend way the hell more on out-of-pocket costs than people in other countries do, and on top of that we have to pay for our own insurance, so we’re getting it from all sides. So let’s examine some of the reasons health care costs us so much.

Because the cost is so low in other countries

When those who oppose single-payer whine about how “they don’t want to pay for anyone else’s health care,” I kind of have to laugh. Because guess what? We, as Americans, are shouldering the cost of healthcare for pretty much the rest of the world. Just like we shoulder the cost of war.

Because most other industrialized countries have both national healthcare and regulations on the pharmaceutical industry, they are allowed to determine the cost of medication and care, rather than the pharmaceutical companies and the insurance companies. If Canada says a pill is going to cost a dollar, that pill is going to cost a dollar–or they don’t get to sell it. So they’ll sell it for a dollar in Canada, and charge Americans $750. Why? Because we let them! There’s no one to say no!

Because we fund research and development

Again, because healthcare costs are so low in other countries, we get charged more–at least partially–to fund research and development of new drugs. Because we don’t want to subsidize healthcare for ourselves, we end up subsidizing it for the entire planet.

There are a lot of people who say it’s worth it–that they are OK with paying higher prices so that everyone, including us, can have better medicine. Personally, I happen to think it would be a lot more fair if we could work this out some other way, with other countries contributing to this as well. 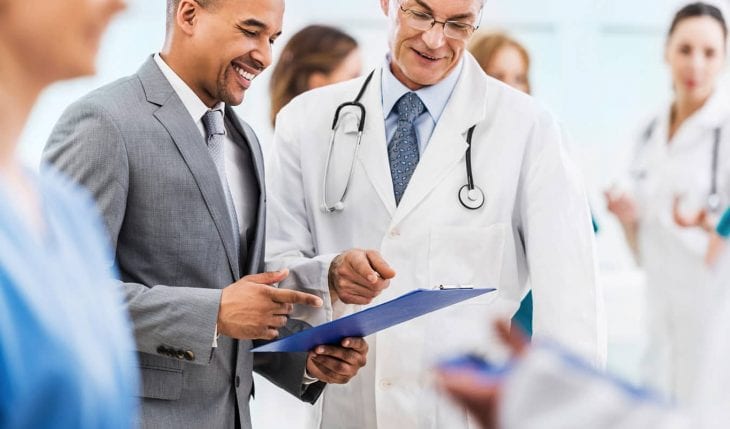 Corporations that pay for healthcare for their workers get about $300 billion a year in tax breaks–which is about a $1000 per person in the United States. The need for that money doesn’t go away, it just means that you pay it instead of some giant corporation. So if you work for an employer who does not pay for your healthcare, guess what? You’re still technically paying for someone else’s! Perhaps in a round-about way, but you’re still doing it–and not seeing the benefit you would if you were paying taxes towards a single-payer system.

If you’ve ever had to stay in a hospital, you may have noticed that you’ve been charged insane fees for incredibly cheap items. For instance, people have reported being charged over $100 for a box of Kleenex (described in the bill as a “mucous recovery system”). If you have insurance, you’re not going to be charged directly for this, but as those $100 Kleenex boxes pile up, our insurance premiums rise.

One of the weirdest things about Medicare Part D is that it is explicitly barred, by our laws, from negotiating lower prices with providers and drug companies. The drug companies set the price and Medicare pays it, regardless of how ridiculously high it is. That comes out of our taxes. Like, our law on this is “No thanks, we prefer to pay more!”

This is how our country ended up spending $172 million on penis pumps–at $360 a pop! In case you were wondering, you can get one for about $20 elsewhere! Why? Because we literally are legally barred from saying “No, give us a lower price.”

It is crazy expensive to become a doctor here

Although physician costs account for only about 20% of our spending on health care, this is still a bit of a factor and I think it’s worth addressing. Doctors in America make the most in the world, and part of that is because they spend the most to become doctors in the first place. Really–you make it through all those years of schooling, you’re gonna have some serious loans to pay back when you’re done. Unless you have some seriously rich parents. The average cost of medical school here is $50 grand a year!

So it really is only fair that our doctors are paid more than in countries where their tuition is free or a heck of a lot cheaper. This, essentially, is how we subsidize education–it’s just a different, and in the long run, much more expensive way of doing it. 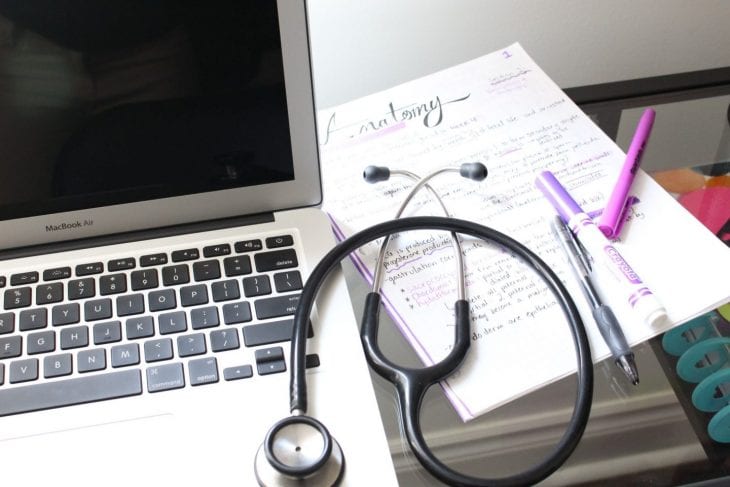 The prices are just higher because they can charge you whatever the hell they want.

Part of the reason this country recoils so hard at the idea of “socialized medicine” is due to a deep belief in the “free market.” Except the thing is, there’s a difference between healthcare and Walmart–so you can’t really rely on competition to lower the prices of things. If something happens to you and someone calls an ambulance, you can’t choose to take a “cheaper” ambulance.

Although Americans use more generics than any other country, we don’t make it easy. We have really strong patent laws, which are about to get even stronger due to the Trans-Pacific Trade Partnership. But, even when patents have expired, people like Martin Shkreli can make it impossible for companies producing generics to get their hands on the amount of a drug they need in order to test the generic and prove that it’s the exact same as the non-generic. Then, they can charge whatever the hell they want without any fear of competition bringing the price down.

For medical procedures, the government in other countries sets the cost rather than the provider. So while an MRI in France would cost you $280, in America it could cost you anywhere from $400-$1080 depending on what your provider felt like charging you.

As far as prices go, there’s no one to say “no,” there’s no competition to bring down prices, and this essentially means they can charge you whatever the hell they want to charge you.

Because Obamacare was written by the insurance companies and Conservative groups

To be fair–Obamacare is better than what we had before, but shit, if you’re gonna encounter this kind of opposition, wouldn’t it have been better to go with the better option entirely? I certainly think so!

Single-payer means that you have one large insurance group–the entire country. You have more negotiating power and the ability to regulate all of these prices in a way that the insurance companies don’t. You also get better deals, because you’re buying in bulk. It’s not socialism, idiots, it’s Costco.

Because Americans are stupid.

I’m sorry, but it’s true. “No thanks!” says America! “We’ll just keep paying higher prices because we don’t like socialism! Socialism bad!” In the meantime, while you’re so worried about “subsidizing” the health care of people in your own country, you’re subsidizing the health care costs of the entire freaking world.

People in other countries may pay slightly higher taxes, but they get way, way more bang for their buck than we do and end up saving a lot of money on out-of-pocket costs. That’s a fact. They pay $2000 a year for childcare for two kids, we pay an average of $12,000 for the same. They pay a dollar for a pill, we pay $750. They pay nothing or very little for school, we end up in debt for the rest of our lives. If we’re going to pay taxes–if we’re going to pay the highest healthcare taxes in the world, specifically–it would be nice, I think, if they benefited us for a change, instead of someone else. We, essentially, are paying for subsidized healthcare and not getting it.

Personally, I am goddamned tired of subsidizing the world’s healthcare. I am also tired of subsidizing the world’s wars. Lindsey Graham said during the debates that he wants to start at least 40,000 new wars, and sorry, but that shit is expensive, and we already spend more on our military than the next seven countries combined! I’m tired of subsidizing tax cuts for big businesses, when those businesses are doing their manufacturing abroad instead of hiring Americans. We need to take care of our stuff here first. Everyone else gets to use their taxes to benefit the people in their country, and we don’t get to do that, and I think that sucks. Who’s the putz? We are.

Crocs Might Be Too Ugly For Humans, But They Look Great On Dogs