Hitched: Why My Husband Is Getting A Vasectomy

I’ve been walking around with a sketch of a uterus and cervix in my reporter’s notebook for several weeks now, courtesy of my gynecologist. She drew it while explaining to me how an IUD works. I keep it around both because I like it as a conversation piece and because when you write about ladyparts as much as I do, it’s actually quite useful as a reference tool at the office or, you know, the bar. Wherever.

But what I like best about my little IUD sketch is that I don’t need it, because my husband is getting a vasectomy. When it comes to long-term contraception that isn’t sterilization, vasectomies are the bee’s infertile knees. The benefits are many: I don’t have to live with a foreign body inside me (either of biological origin or one made of copper), condom breakage isn’t a constant concern, and neither do I have to rely on hormones or head back to my doctor’s office regularly for a Depo shot. 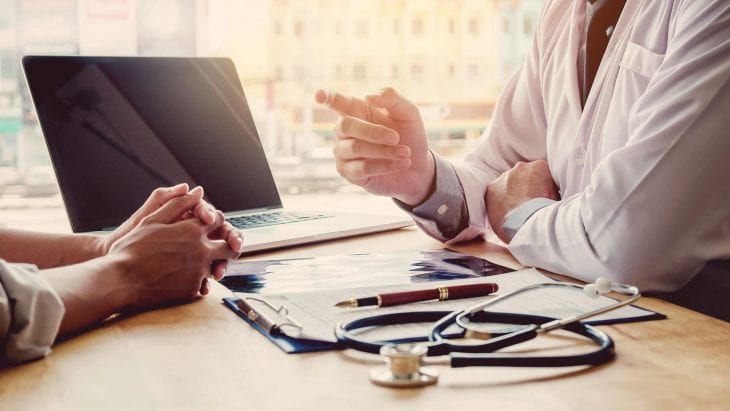 I thought my gynecologist was going to hug me through the stirrups when I told her about Patrick’s plans; so often, she said, she sees women in long-term relationships jump through hoops to avoid having babies, while the simplest solution is often for their male partners to get the snip. “What a great, great guy,” she said. I know! That’s why I married him.

I had already decided I didn’t want kids before it ever occurred to me to explore why I should or shouldn’t have them. Children have simply never been part of a life I imagined for myself. It’s a little like going vegan or running marathons — something I watch other people enjoy, yet have absolutely no desire to do personally.

Target did not understand this. Which is fair, because Target and I don’t talk much. But Patrick and I weren’t even home from our honeymoon before wedding registry e-mails turned into shills for baby clothes. Facebook followed close behind with targeted marketing. I don’t imagine even the most baby-crazy people want a major retail chain nagging them about kids — well, about buying shit for kids, notably different — before they’ve even been married a week. But as a child-free person, it was another reminder that I’m deviating from the cultural script: engagement, wedding, babies. 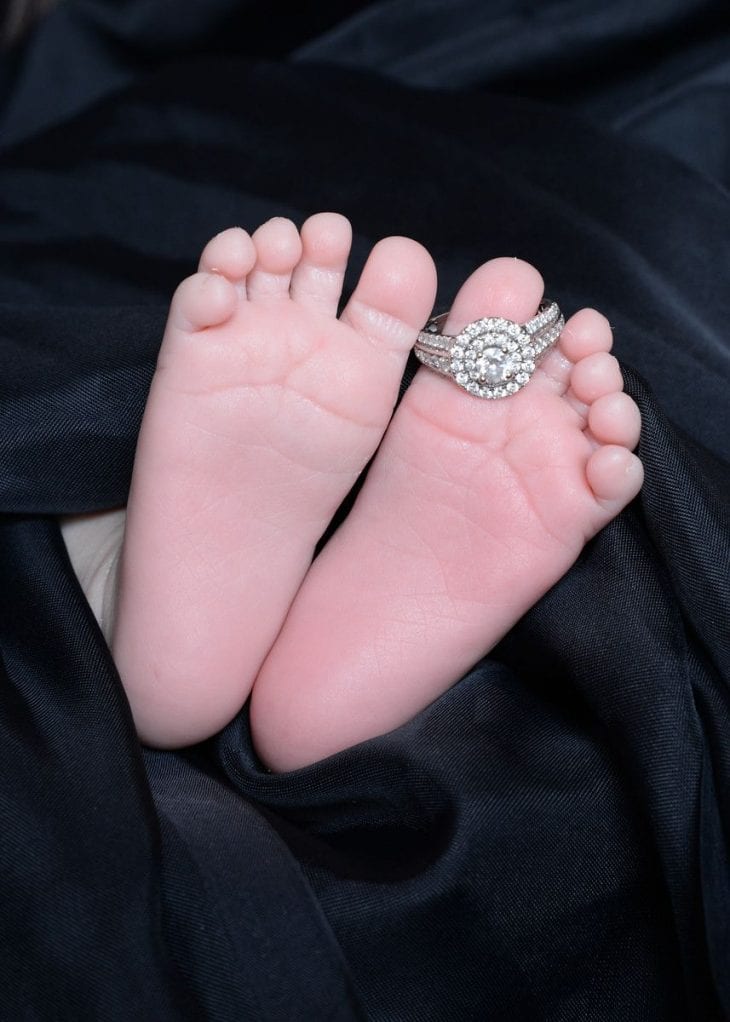 Fortunately, Target and Facebook are the only sources of baby-nag in my life. My dad used to make vague references to when-are-my-grandbabies-coming when I was a single lady, but even he’s let the issue slide at present. I’ve had a series of great gynecologists who’ve been supportive and helpful when I told them kids weren’t in the picture for me.

I’m thinking of all of this because I’m working my way through Jessica Valenti’s new book Why Have Kids. In it, Valenti addresses the challenges of parenting in a society that tells moms and dads that no matter what they do, they’re probably doing it wrong. There’s plenty about childbirth and childrearing that already doesn’t appeal to me; the pressure to form opinions about co-sleeping and breast milk and potty training is just icing on my no-babies cake.

The fact that Patrick and I aren’t getting much resistance to our decision is heartening. Could it be that people actually know to butt out of other people’s reproductive lives?! Or, perhaps, they simply think we’re going to change our minds. I know child-free people, especially women, get a lot of guff for their stance. It’s only happened to me once, and even then, nobody uttered the words “biological clock.” They didn’t say much of anything, actually — they were that shocked. 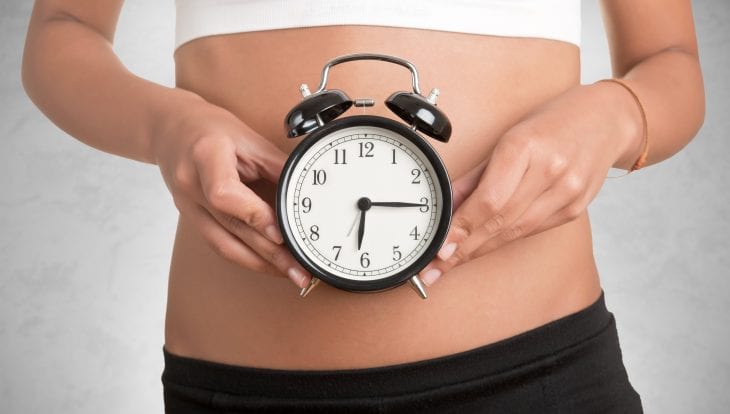 There I was, happily sipping a Bloody Mary before the reception at a friend’s wedding, chit-chatting with a couple of ladies who were already planning their future jobs — and their husband’s and husband-to-be’s jobs — around baby-making. I listened. I smiled and nodded where people are supposed to smile and nod, and then I mentioned that Patrick and I weren’t planning to have kids. You’d have thought I dropped a bomb in the bar. I may as well have said, “Hey y’all, I’m from Mars. By the way, we say y’all on Mars.”

More frequently, I get this response: “Does Patrick know about this?” as if I’ve somehow tricked him into marrying me, the worst woman in the world who doesn’t want to have babies. Strange, of course, because pop culture says men are supposed to be wholly baby-ignorant or even baby-averse.

But yes, people of the world: Patrick does know about it. And he even agrees with me! I wouldn’t have married him if he didn’t. In fact, I consider myself to be tremendously blessed to have a partner who, like me, isn’t interested in doing something that the vast, vast majority of people do. Child-free people are definitely the exception. 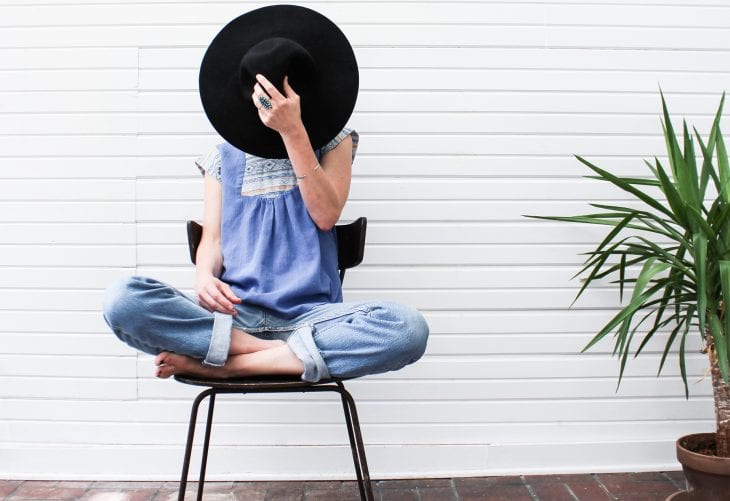 Because of this, I don’t generally bring up my stance on having kids unless I’m asked directly. I make an extra effort to inquire about other people’s kids, partly because I want to be a good ambassador for child-free folks in establishing that we’re not all hateful goblins gleefully plotting the extinction of the human race, and partly because my friends are funny and they have funny kids and I like hearing about the weird-ass, adorable, and/or terrible things they do.

For all my aversion to and disinterest in parenting, I still see the appeal. I watch my friends with their kids, and notice how happy they are, and I think, “I totally get why people are into this.” And while I know we’re on the same page now, I occasionally worry about Patrick changing his mind. Because he’s human. And because for all that barfing and shitting all over the place that kids seem to be so very fond of, most of them grow out of it. They play baseball and tell crazy stories with their stuffed animals. They’re people you can someday teach to play the guitar and love 19th-century feminist literature.

But the truth is, I’m a little bit scared of kids. I haven’t hung out with them much (I’m an only child, so is Patrick) and when I do, results are mixed. They frequently cry at me. Or run away. Or look at me like I’m the world’s biggest asshole for asking about their dinosaur toys. Obviously, they can sense fear. I prefer to keep company with people who at least barf at predictable post-tequila intervals.

When I imagine the best possible day I could have taking care of a kid at any age — whether she’s five-years-old or 15-years-old — I still don’t want to do that day. If I don’t want the best possible day, with a breezy trip to the zoo and an ice cream cone that doesn’t spill and a tantrum-free bedtime, I can only cower in fear at what I’d be like on the worst possible day. The best days I can imagine for myself simply don’t involve being wholly responsible for the emotional and physical wellbeing of another human. 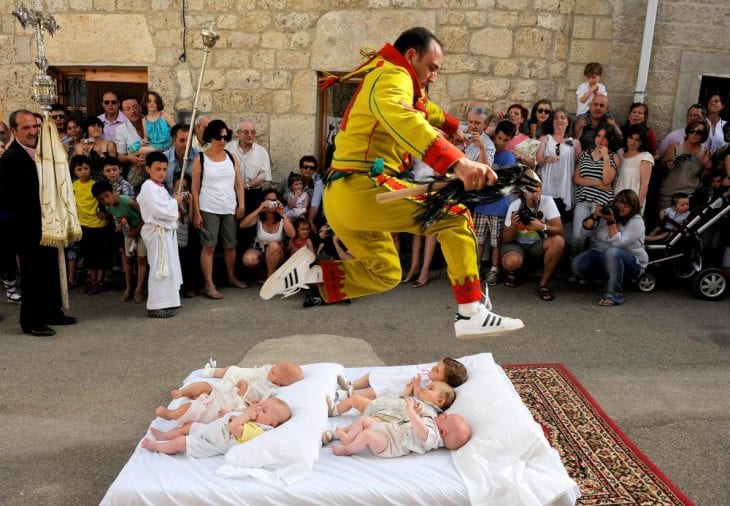 I know we’ll be accused by some people of sounding selfish for saying we want to live our lives childfree. But not having a child isn’t in and of itself selfish, any more than having a child is. Selfishness and child-rearing or not aren’t related in any meaningful way; there are truly selfish parents out there and there are childless people who are boundlessly giving. If someone thinks you’re ‘selfish’ for making the reproductive decisions that you feel are right for you and your family — whatever those decisions are — shake it off. What they’re saying isn’t really “You’re selfish” — it’s “I’m insecure because you chose something different.”

Angelina Jolie’s father Jon Voight hopes that her, Brad Pitt and their kids are okay