From Immigrant to Influencer: How One Women Went From $2000 to a Top Rated Onlyfans Influencer

Leaving your country to start a new life from the ground up is difficult enough, but for Monica Hudlt this challenge was taken to new levels considering she left Sweden with a mere $2000 and two luggages. She was leaving a difficult life and approaching an even more difficult journey.

Now an influencer and in the top 1% of OnlyFans, making a comfortable income, settled with her husband and continually growing her brand and business, she is one of those success stories that came from a harrowing story. 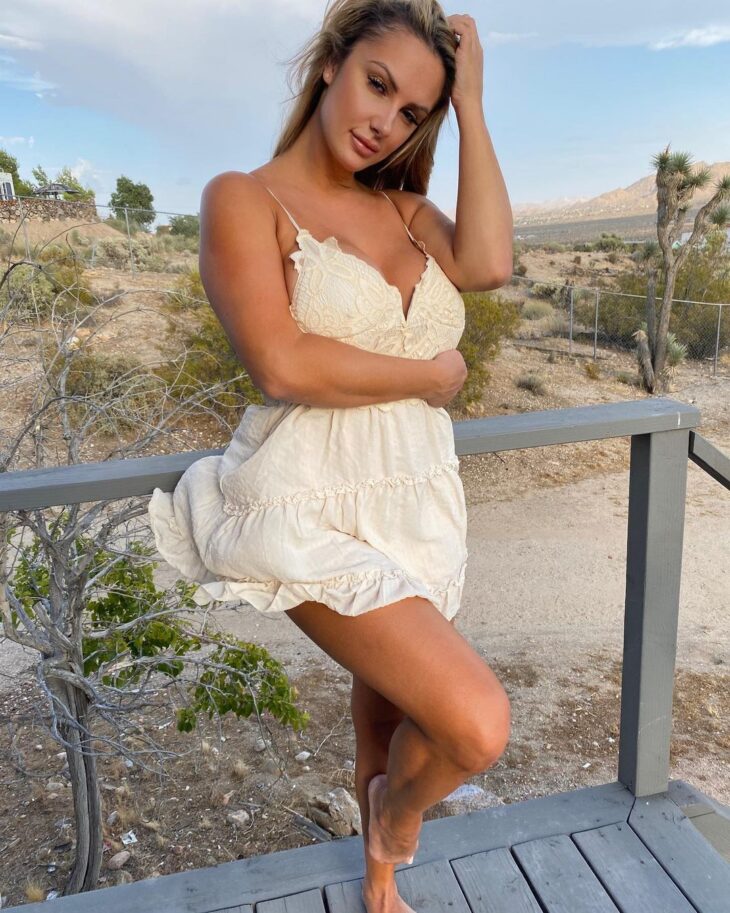 Landing in the US

“I liked it at first when I just moved. LA was cool and very different from Sweden. But after a while it got hard to live there,” Monica says.

Monica’s age was one factor that made the transition tougher. “It is not easy to move to another country when you are pushing 30,” she says. The older we are, the harder it is to connect with others and to find support. Those in our age group already have established social groups, as well as career and family demands that leave little time for socializing.

“I thought it would be much easier, but I found myself missing home and friends a lot,” Monica says. “It is not easy to find new friends, especially in LA.”

Thankfully, Monica had at least one friend. She had moved to LA to connect with her boyfriend. They met on Facebook through a mutual friend and were married soon after Monica arrived in the US. Unfortunately, even with the presence of her husband, it was difficult to stay optimistic.

“I went through depression and I really didn’t leave the house much,” she says. “Life was very different for me in Sweden. I had a steady job and friends.” On top of all the other challenges she was facing, Monica also had a hard time finding a good job. As an immigrant, her choices were limited.

“When I moved to the US I had to apply for a green card. Without that I could not work legally here,” she says. “So I started out working as an exotic dancer, which was really hard.”

Monica had been a teacher in Sweden, but she did work on the side as an exotic dancer. Without a green card, teaching was not an option for her in the US. She took the work that she could get, but it made things worse.

“I used to dance back home in Sweden on top of my regular job, but here in the US it was different,” says Monica. “Being naked and having strange men touching you was really hard for me. Also, this time I was married, which made it even worse.”

She was forced to work the day shift at the clubs, which often means harder work for less pay. The money she made barely paid the rent. Buying food was a struggle. Monica remembers it as a time when she was constantly exhausted and regularly crying. In the midst of that dark time, Monica discovered an alternative. “I had a bit of a social media following already when I saw some girls having accounts on OnlyFans,” she says.

OnlyFans is a London-based internet content subscription service that allows users to view creators’ content for a fee. “Fans,” as users are known, can subscribe on a monthly basis or pay-per-view. As Monica found, the site is popular with exotic dancers looking for a safer place to connect with an audience and make money.

“I signed up and I really liked it,” she says. “It was so much better than dancing, because I can do everything on my own terms. Nobody was touching me or trying any funny stuff.”

OnlyFans has been criticized for a number of reasons, and many of those on the platform fae discrimination, but for most sex workers it provides a safe and secure option to make a living. For Monica, it provided an option to support herself without facing the dangers posed by dancing in clubs. 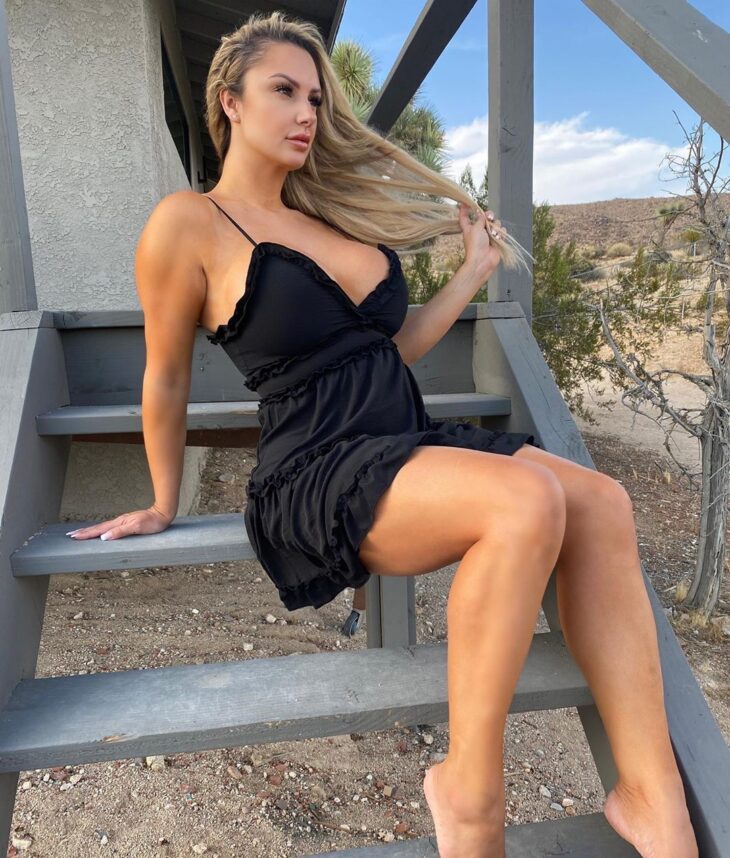 What Monica discovered on OnlyFans was a level playing field. Her immigrant status didn’t matter any more. On OnlyFans, she had the same shot at success as anyone else. She worked hard, paid attention, and discovered a strategy that rocketed her to the top.

“OnlyFans is a constantly evolving platform and there is really not one approach that works,” Monica says. “You constantly have to tweak your approach depending on the climate on the platform. So I am always working on it and looking for new and fun ways to make my page appealing.”

Many assume that simply providing adult content through a site like OnlyFans is enough to gain followers and make money. Monica found that wasn’t the case. “You have to work hard on it. You can’t just assume that because you are pretty and make an account, you’ll earn millions,” she says. “That’s not how it works. You have to grind and work on it every day.”

The foundations of Monica’s strategy are consistency and effort. “Rome wasn’t built in one day and neither will your page be,” she says. But she also speaks to the importance of authenticity and establishing a true connection with your followers.

“I’ve found that I am able to set myself apart from others by being personable with my fans, and making each of them feel special in their own way,” Monica says. When the COVID-19 virus reached pandemic status, Monica worked hard to be there for her fans and to help them to get through the struggles that lockdown and unexpected life change brought to their lives. 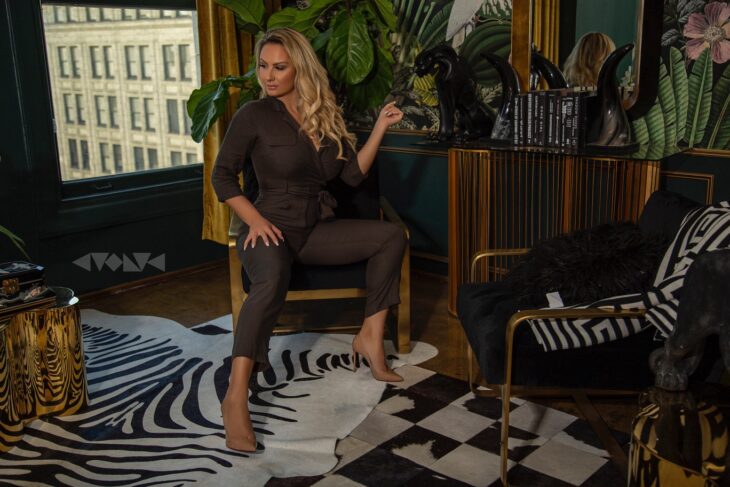 Finding Freedom and Living the Dream

Monica’s journey didn’t find her the white picket fence American Dream, but her dedication, resilience through the hardship, and business savvy has enabled her to gain financial freedom and live a secure life in the US. Today she is happily married and enjoying the fruits of a wildly successful business. She couldn’t be happier.

“I live a life I would never have dreamed of in Sweden,” she says. “My line of work gives me so much freedom to do the things I love, like travel, cook, workout, and spend time with my husband.”

The work is still work, often demanding at least 18 hours a day, but Monica says she enjoys it. “Thanks to all the hard work, I am able to have luxury in my life,” she says.

To everyone who is chasing a dream, whether they are an immigrant or not, Monica has some advice: “Do not give up when things aren’t going the way you imagined; just keep pushing forward.”

How a Healthy Lifestyle Can Help in Stress Management?

Top 10 Supplements to Boost Surgery Recovery You Must Have

Here Are 8 Ways to Reduce the Cost...