How To Travel In A Group Without Totally Losing Your Mind

Think about your 10 favorite friends. Now think about going on vacation with them. Sounds great, right? It can be! It can also be a roving, screaming, roiling nightmare. A friend who’s perfectly self-sufficient at home turns into a big cry baby. A guy who’s the life of the party turns into a raging 30-beer a day alcoholic. And even the best of buds can find each other super annoying when stripped of things like a working toilet, cheeseburgers, and personal space.

This summer, a lot of us will be taking trips to cabins or beach houses, foreign locales or local campgrounds with our friends. Follow the below rules to maximize quality buddy times and not lose your mind!

1–5. Compromise, compromise, compromise. I know that extreme soft drink and tampon commercials are constantly telling you that you’re a special nebula at the center of the universe, but in this case they’re wrong. The vacation is the effusive center of the universe, and you are but an orbiting dead planet wearing jorts. Yes, these are your well-earned holiday days, but it’s also 9 other people’s precious time off, too, so be mindful of the group’s wants and needs. Don’t baste in your own passive aggressive misery––if you really must do something, let the group know important it is to you and see if it can be worked into the itinerary. 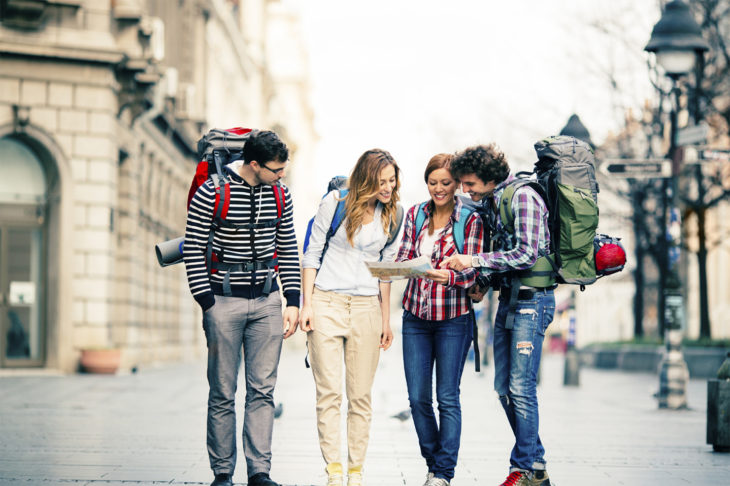 6. Create a rough budget. And bring cash. Cash is vital. How many friendships have been sullied because someone didn’t have cash on hand to pay for their portion of the groceries or bar tab? Trying to collect a debt between friends is awkward for everyone. Cash eliminates this problems. Oh, the grocery bill was $100? You each owe me a tenner. I’m collecting now. DONE.

And the budgeting thing: Before you go, put together a rough estimate of costs. Include car rental, flights, house rental or hotels, food and booze and any expected ancillary costs (Maybe your’e going to rent a boat, or go horseback riding). Let everybody know what that number’s going to be––more or less––ahead of time. People who can’t swing it can opt out, and won’t get stuck going into deep debt to placate the group’s desire to go to a water park.

7. Pitch in without being asked. Big groups make big messes. They also require a lot of effort to be fed and properly watered, so pitch in on cooking duty if you can, too. Take out the trash. Wash the dishes. Volunteer to make a grocery run. Don’t be the lazy jerk who benefits from everybody else’s hard work without lifting a finger. Nobody likes that guy. Figure out what everybody’s good at — maybe there’s a talented chef in the bunch, or a skilled navigator — and do those things. But also proceed with a modicum of flexibility. On the other paw, just because you’re good at making breakfast doesn’t mean that other people aren’t going to want to help out, too. Let your buddy peel some potatoes, for Chrissakes.

8. Be considerate about group purchases. Maybe you can afford the fancy craft beer and the good kind of water crackers and designer half shirts, but your buddy in grad school can’t spare $4 for a bottle of Ommegang Witte. Go for an acceptable but less expensive option that will please (or at least satisfy) you and most of your travel partners. Yes, that probably means Coors Light, sorry.

Use group money for things everybody in the group can enjoy, and make other purchases — like, say, a bottle of Johnny Walker you’re going to squirrel away in your sleeping bag like a creep — separate. But be warned, your personal purchases can easily become the domain of the group if you have them out in public. If you are not down with sharing your Special Sleeping Bag Whiskey, you should probably bury it deep in your hiking pack. 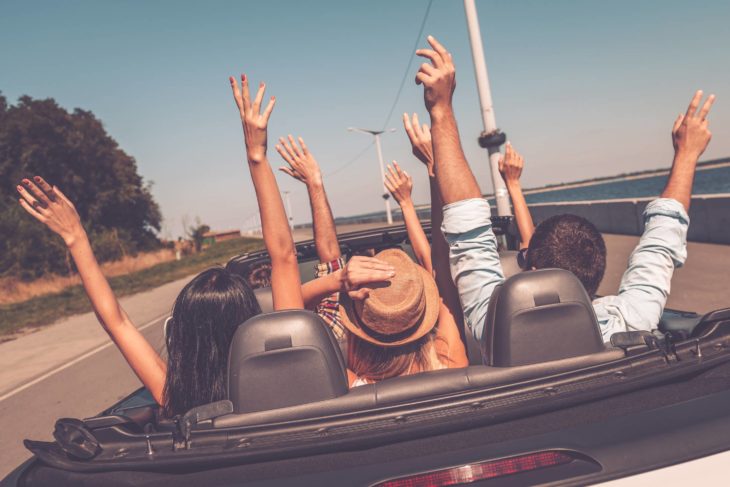 9. Keep it simple, stupid. Oh my God, I hate meetings so much, but it can be useful to get the crew together — either before the trip or at the beginning, to see what everybody’s most interested in. Try reaching a consensus on at least a few major activities, but go for the lowest common denominators. Obvs, more people will be into “going swimming” than “learning macrame.” Unless you’re hanging in a crew of macrame fanatics, which fine.

Activities, man! Everybody loves activities! But you also need balance. So don’t try to cram 12 activities into your day. Plan one or two cool things to do each day––like a trip to the zoo and lunch at a really great burger place––and then let people otherwise do as they may. Nobody likes to be rushed, plus, it always takes ten times longer for a group to get their shit together to go anywhere, anyway.

10. Get over FOMO (fear of missing out). You don’t all have to do everything together. It’s totally okay to take the afternoon off from a group excursion to spend some quality time alone or with one other friend. In fact, it’s not only okay, it’s recommended. Time off is a sanity saver and it’ll make you appreciate your friends even more when you guys congregate to roast marshmallows/set off illegal fireworks/have a 90s dance party again.

Oh, and a note on music: A group trip is not a great time to bust out demos from that weird experimental noisecore band you were in in college. As mentioned above, lowest common denominator is always a good way to go. I find that Yacht Rock/cheesy easy listening is pretty great for mornings, while classic rock is better for later on. And I’m saying this as a person who hates classic rock. If you wanna do something special, make a mix of, like, the top songs from the year you guys graduated from high school (for me that would be 1996, which means lots of Mariah Carey, Sublime and Sponge). Pro tip: Nobody ever got mad at a mix with the Rolling Stones, Fleetwood Mac and late-era Beatles on it. (If you are mad at that, I don’t want to know you.) 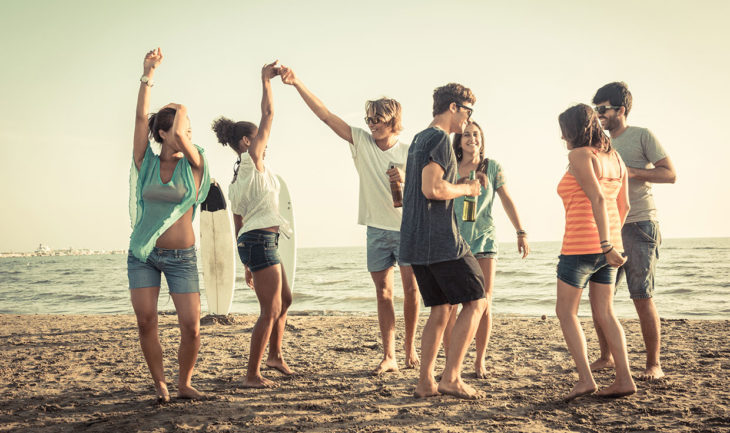 11. Don’t be a baby about it. For some of us (babies) this is going to be difficult. So what you didn’t get to go horseback riding or churn butter at the faux-historical pioneer town, you’re still hanging out at a lakehouse with your buds. You are not at work! That’s a victory in itself.

12. Practice kindness (and going-with-the-flow-ness). In any group there are going to be some people who get along better than others. Maybe your boyfriend’s best friend’s smoking habit drives you batcrackers. But now is not the time to bring up his ever-growing chance of cancer because you have to live with this person for the next five days. In a tent even, maybe. Let him cancer up in peace, and in the meantime, enjoy quality time with the people you love, or just sort of like.

7 Reasons You Should Take A Day Trip

10 Ways To Make Your House Guests Love You Forever